SEVENTEEN Thanks MONSTA X For Helping Them Leave The Escape Room

In the latest episode of GOING SEVENTEEN, the group played a game wherein they needed to attain a score of 100 after singing a song in the karaoke in order to be able to leave the room.

SEVENTEEN gave their all in every song they sang, making each song seem like a concert performance! They danced around the room, stood up on chairs, and sang their hearts out, making sure to hit every high note! 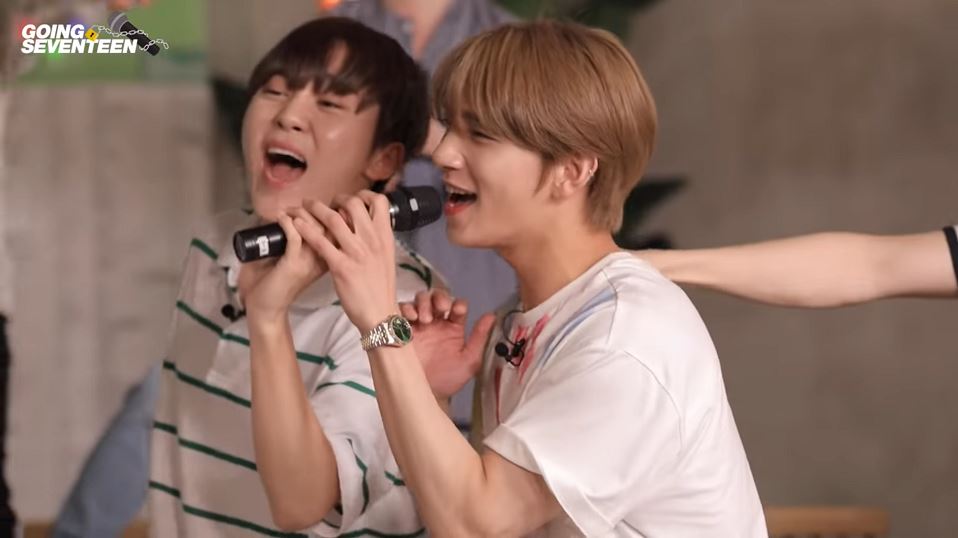 The boys sang each song happily, only to get a score less than 100 each time.

DK suggested that they try to sing rap songs instead as an attempt to get a perfect score! 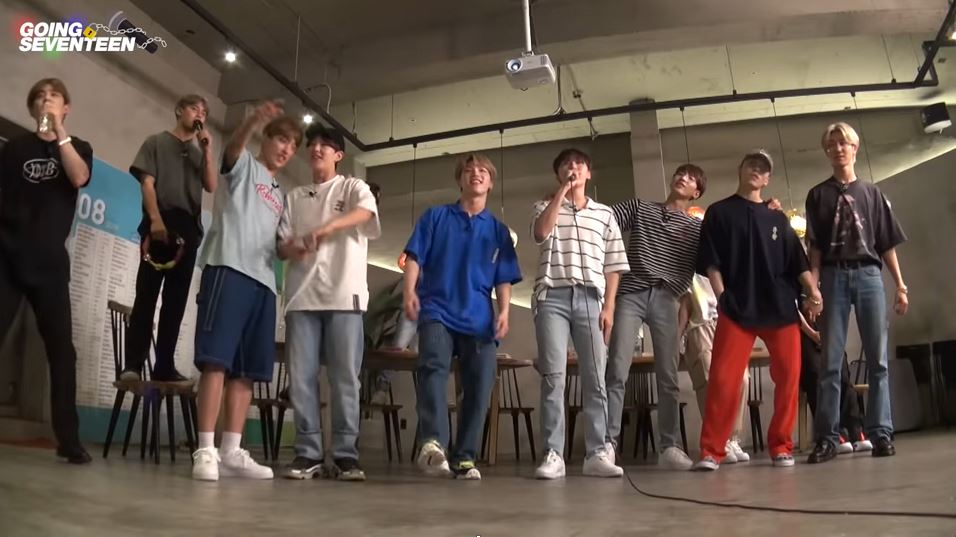 After trying one song, they managed to get a score of 98! The highest one yet! The group then took this as a sign and went to sing rap songs instead, seeing as they hit their highest score with a rap song! 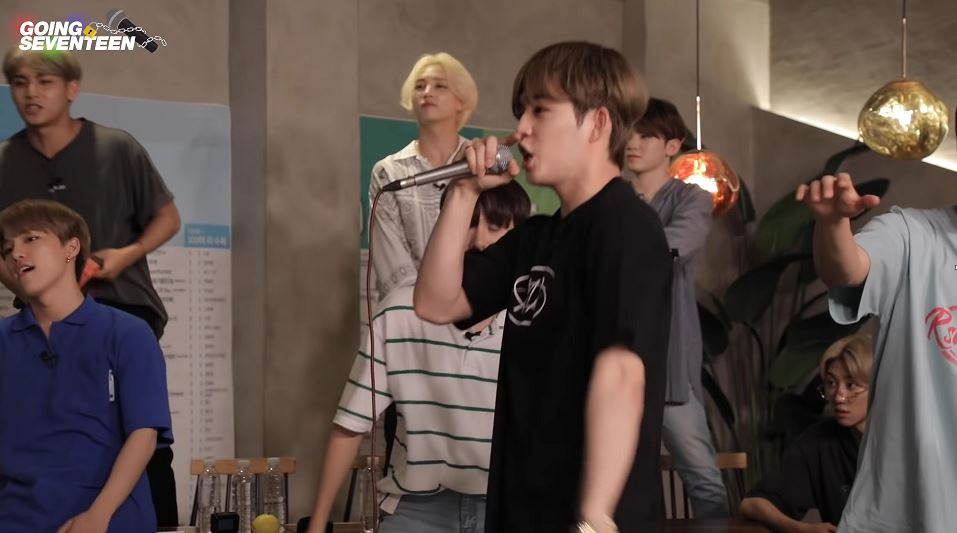 They sang MONSTA X‘s “Tresspass” where Hoshi took the lead. He even managed to do his famous impersonation of his friend MONSTA X’s Jooheon as he rapped with fire!

Hoshi also danced to some parts of the choreography while rapping, and his fellow members were very amused of his intense energy! 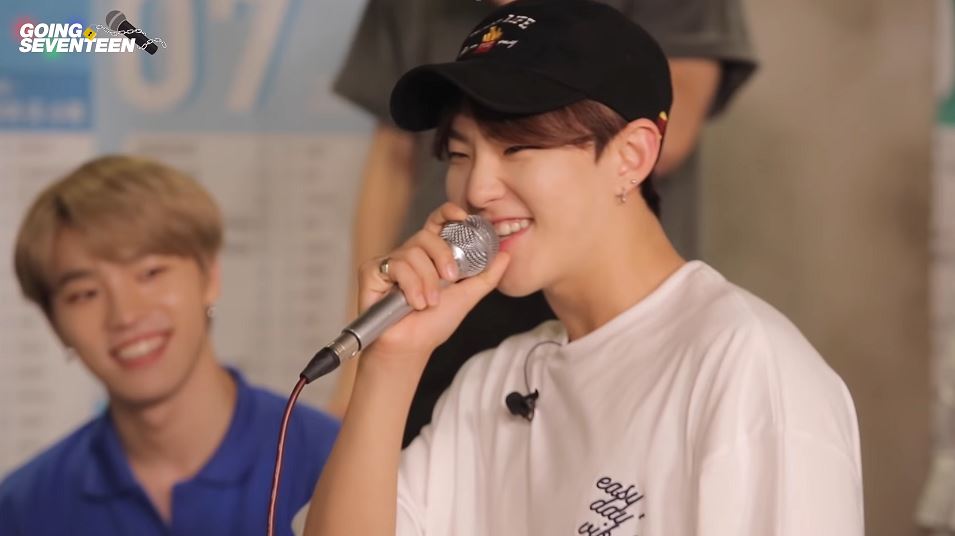 After finishing the song, the machine revealed the score and SEVENTEEN finally hit a perfect score of 100! The members celebrated as if they won the lottery and screamed the moment the screen showed the number “100.” They hugged each other and happiness was very evident in their facial expressions! 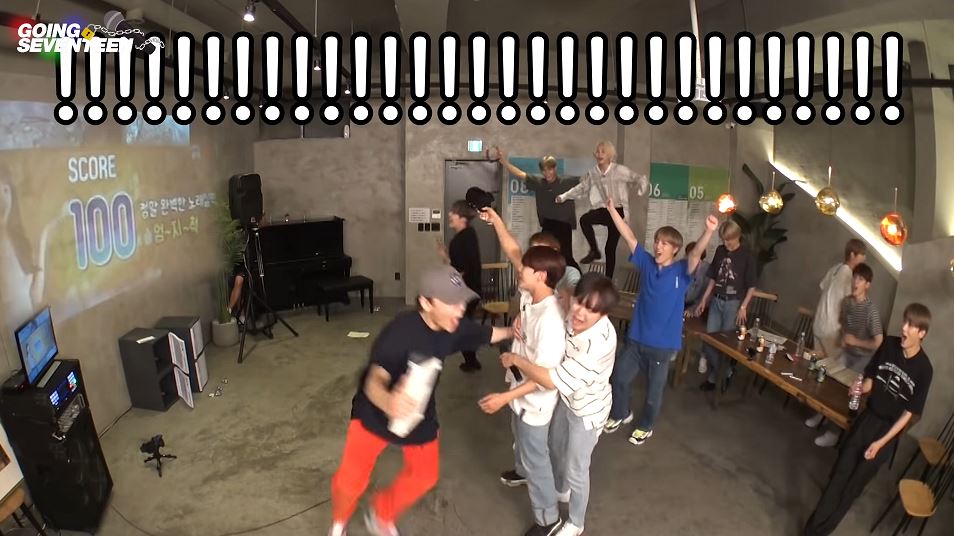 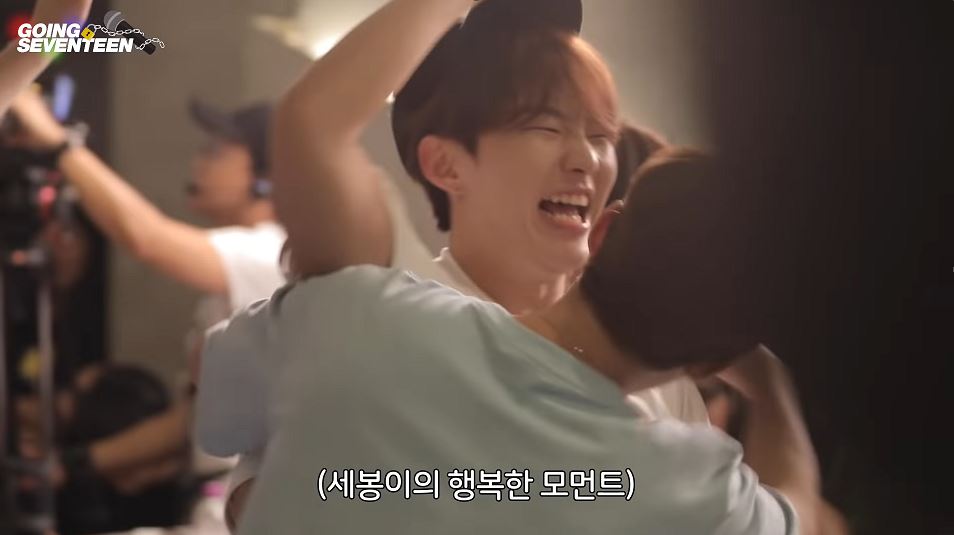 They then thanked their friends, MONSTA X for helping them hit a perfect score and escape the room! SEVENTEEN and MONSTA X’s friendship has been strengthened again!