Gaon Chart has revealed its chart rankings for the week of February 3 to February 9, and both SEVENTEEN and BTS are still going strong!

SEVENTEEN continued its reign over the weekly album chart, with their sixth mini album “You Made My Dawn” remaining at No. 1 for the third consecutive week.

Meanwhile, BTS landed two separate releases in the top five of the physical album chart this week. The group’s latest album “Love Yourself: Answer” shot up by 23 spots in the rankings to No. 2, while their 2016 special album “Young Forever” returned to the chart at No. 4. 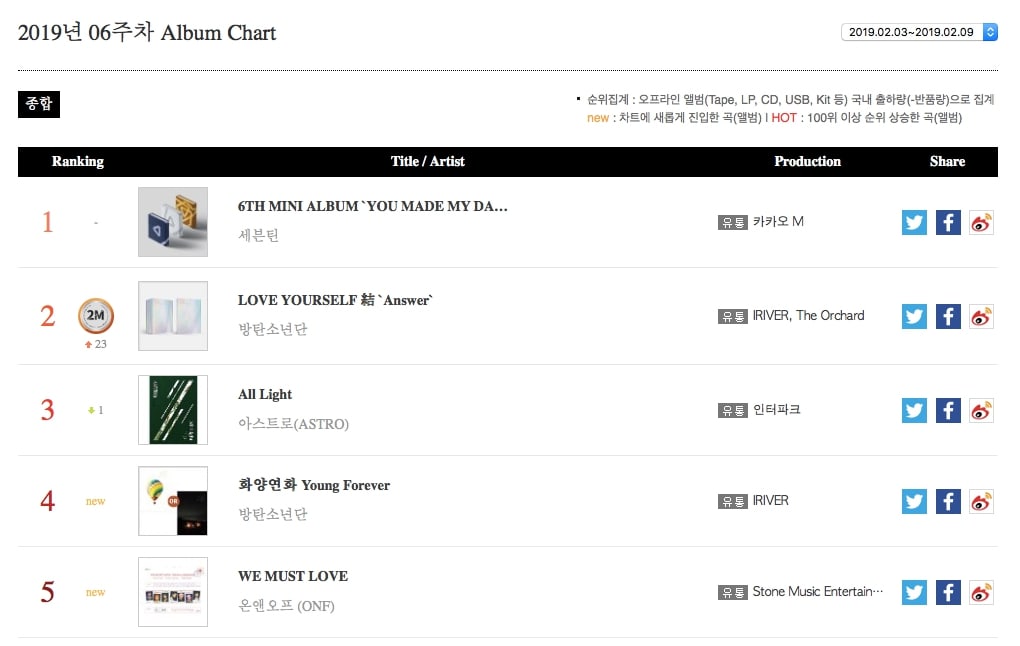 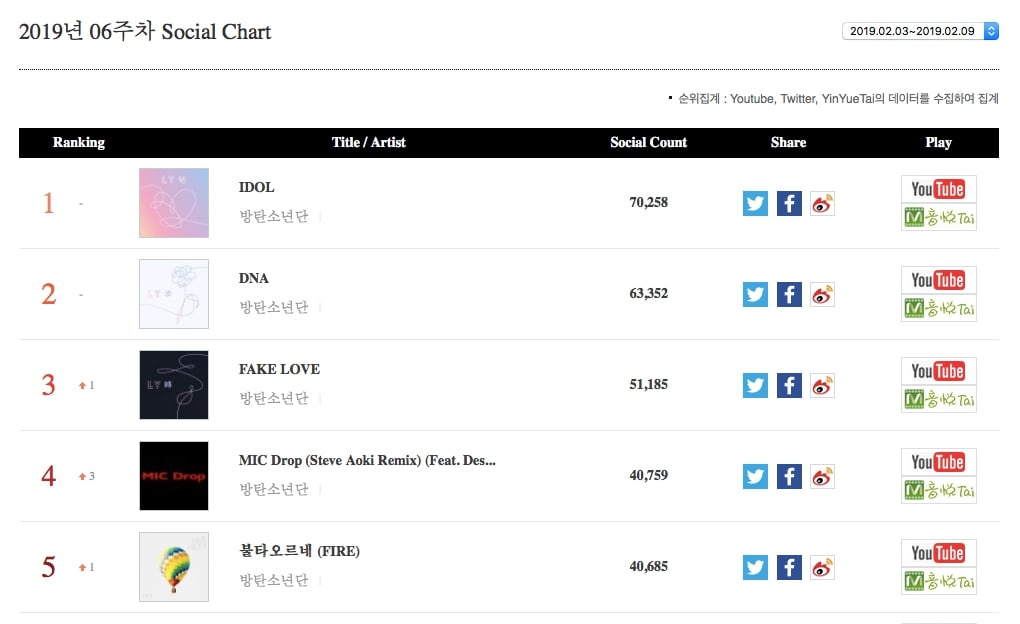 Congratulations to both SEVENTEEN and BTS!