SEVENTEEN’s Wonwoo Shows Off His Hidden Charms In Dazed Magazine

SEVENTEEN’s Wonwoo recently appeared in the latest issue for Dazed Korea Magazine! The pictorial paid particular attention to his physique, showing off his features from many angles. 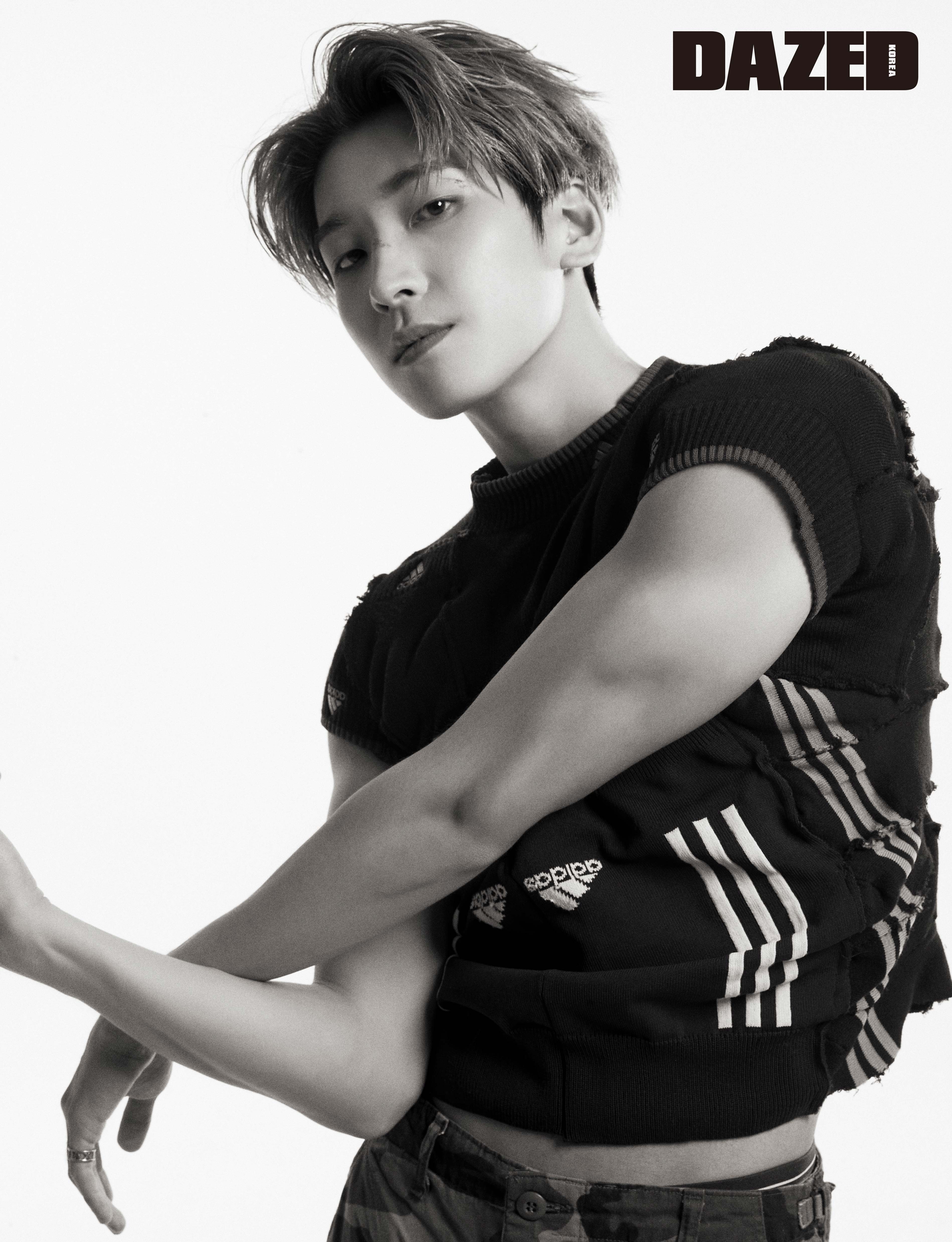 The interviewer pointed out that the photoshoot theme was said to be “Wonwoo’s shoulders.” They recalled that they had heard that he is quite confident in his shoulders and collarbones. Wonwoo laughed as he agreed.

The interviewer revealed that the magazine wasn’t just talking about his physical shoulders but also how his shoulders must feel heavy as one of Korea’s idol singers and rappers. Wonwoo commented that he came to Seoul from Changwon during his freshman year of high school to become a singer. It all started with that one dream, and now he is who he is today. 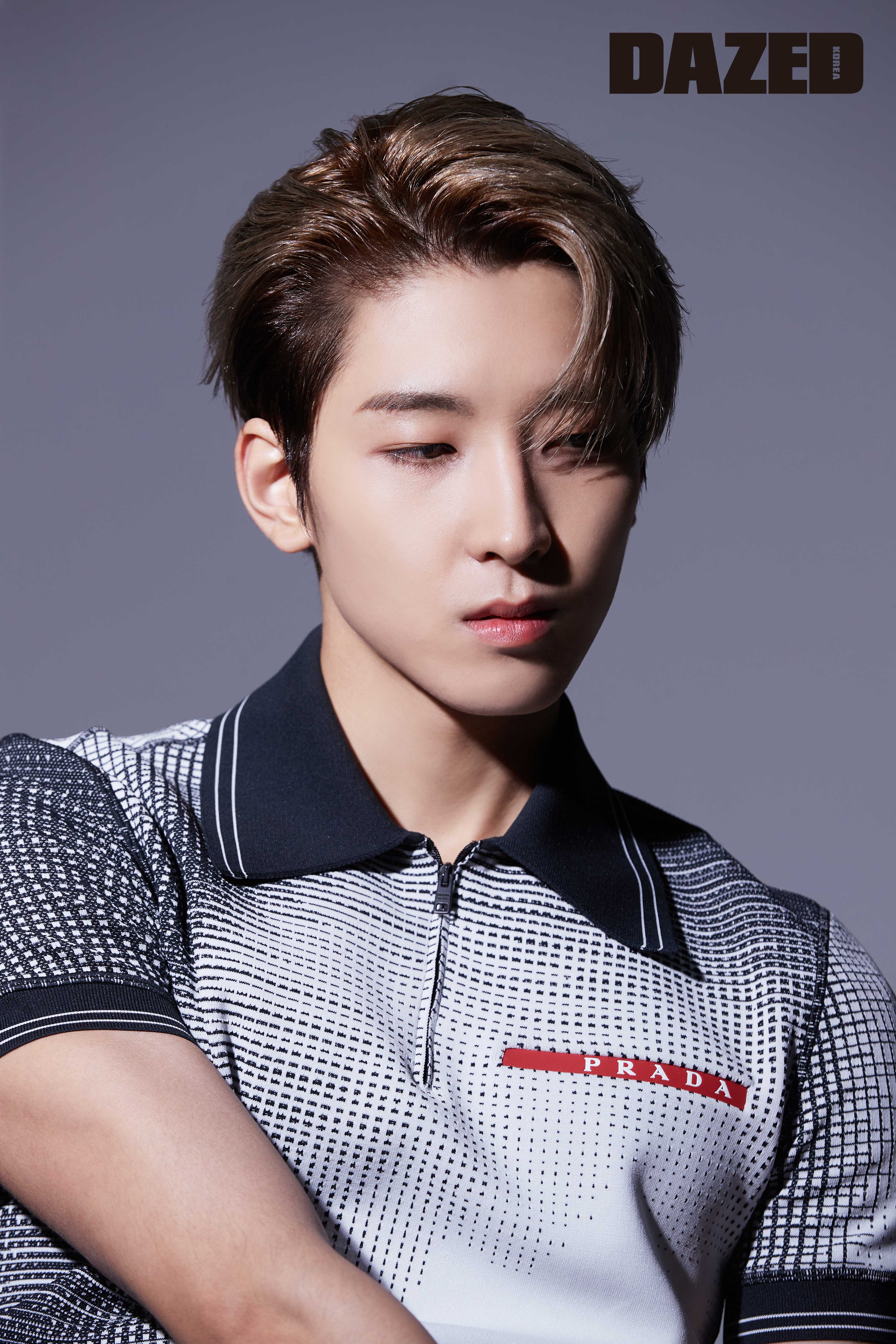 He was then asked about his hidden charms, which he had to think of for a moment.

I haven’t really shown myself on TV yet. I think I’ll be able to show a new charm once everything about me is revealed first. Sometimes, CARATs tell me that I’m someone they think they know but don’t actually know. I also don’t think I understand myself 100 percent. If you look at it that way, I might seem like someone with a whimsical charm. 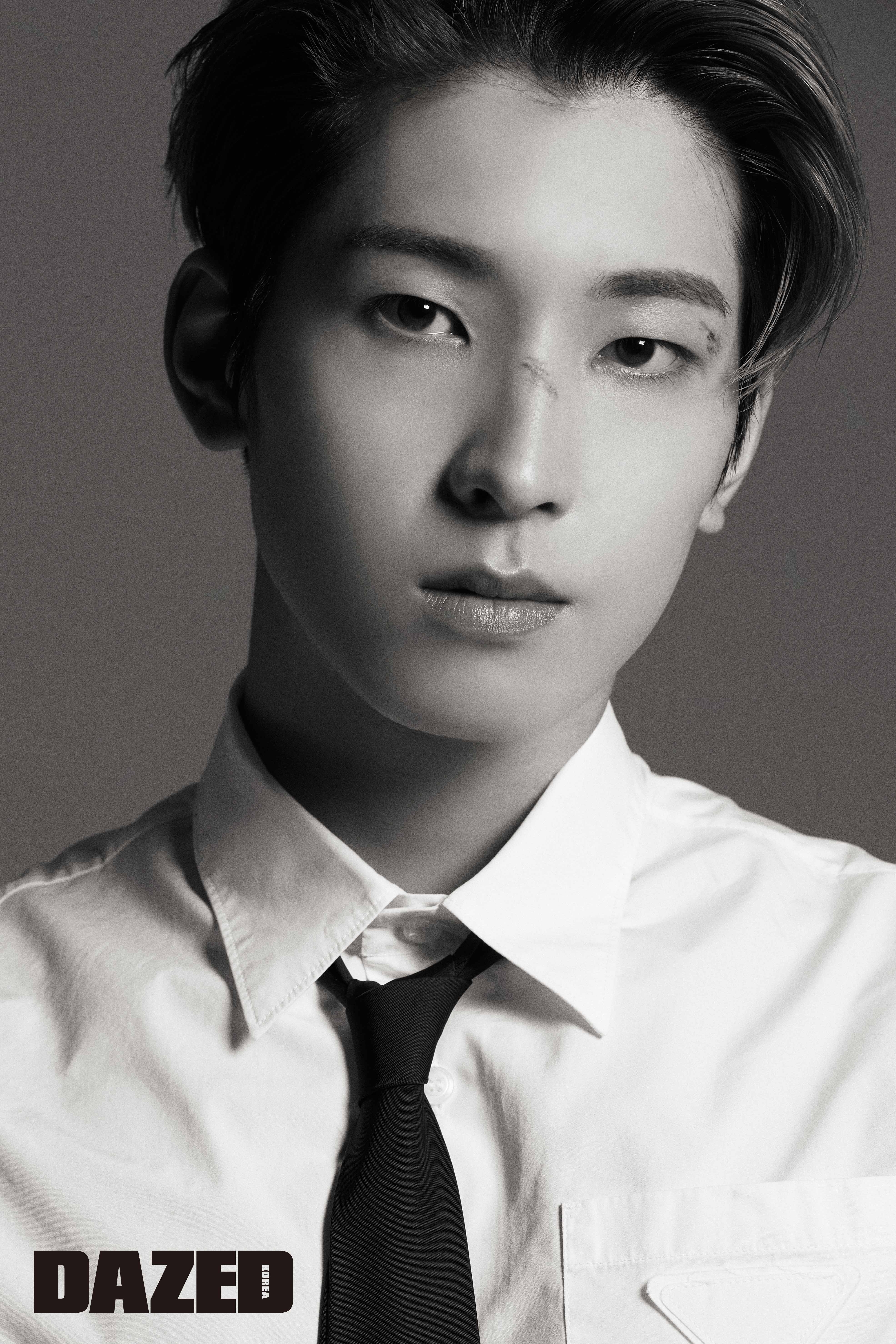 Of course, to finish the interview, he was also asked about what kind of artist he wanted to become.

I think the essence is the most important thing. When I’m doing music, I feel like I’m close to the daily lives of many people. I want to be a team that can be with people in every moment, including the happy and sad times.

More can be found in the June issue of Dazed Korea!

On May 28, Wonwoo, fellow member Mingyu, and solo artist Lee Hi are collaborating for the song “Bittersweet.” Don’t miss it!