SEVENTEEN’s Seungkwan Tears Up While Giving Advice On “Hello Counselor”

During the May 14 episode, a mother appeared on the show and opened up about her son.

She said, “Since April, my son hasn’t been going to school. He’s living in an internet cafe. He retaliated against his teacher when he was getting his cigarettes taken away. He spilled a potted plant on his teacher’s desk, so was expelled for the infringement of teacher’s rights. I went to see the teacher and asked him to forgive him just once, so we were, fortunately, able to transfer schools.”

The son explained, “It’s not that I’m not interested in college, but I didn’t want to [major] in the humanities, so I went to the business side. It’s my fault, but I couldn’t hold back my temper and became really angry.” The mom added, “It’s my dream to receive my son’s diploma.”

After hearing their story, Seungkwan said, “I understand what the mother is saying and there’s a point when you realize that what your mom did then wasn’t for nothing. I want to say that it’s really not right to be rebelling like this.”

He continued, “I felt so upset as soon as I heard the mother say that she went home and cried a lot after arguing with her son. You have to endure it and be patient so that you can repay your mother later. Repaying isn’t something big, but even just speaking together a little. I really wish you weren’t like this.”

Choking up, he continued, “There will be a day when you feel how much your mother loves you. Really. When you see your parents’ tired appearance from the back and see how much of their life they devoted to you, then you’ll know. I hope the day comes soon when you realize that.” 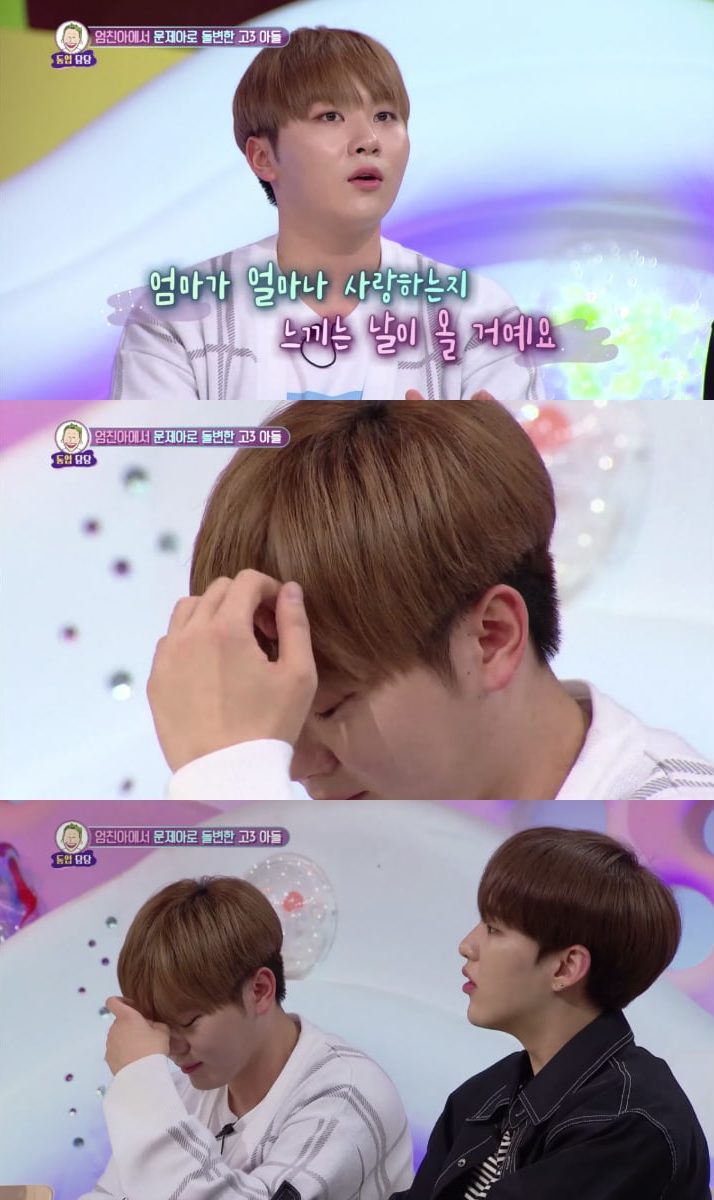