SEVENTEEN’s Woozi Talks About The Royalties He Gets From I.O.I’s “Downpour”

The members of SEVENTEEN appeared as guests on the February 8 broadcast of MBC FM4U’s “Ji Suk Jin’s 2 O’Clock Date.”

During the broadcast, Woozi was asked about I.O.I’s last single “Downpour” that was released back in January 2017. The song was produced by Woozi, who also wrote the lyrics.

When asked whether he earns lots of royalties for the song, Woozi responded, “The amount I receive makes me grateful.”

His fellow members then complimented him, saying, “He’s really amazing. He keeps the team moving in the right direction.” 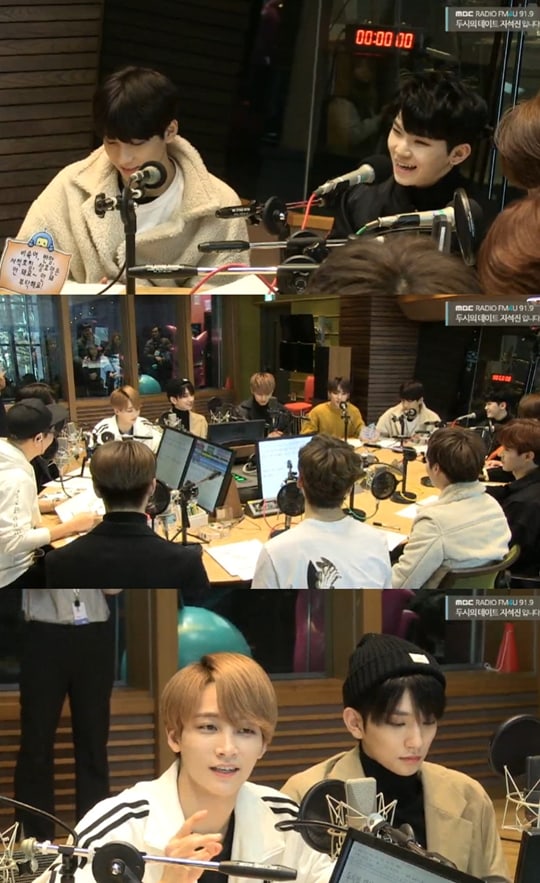 Also during the broadcast, member Joshua admitted that he looks like a church boy on the outside but is actually quite mischievous on the inside. Jeonghan jokingly described Joshua’s behavior, saying, “When drinking green tea, he hits us with the tea bag, and when eating chicken, he hits us with the bones.”

Meanwhile, SEVENTEEN is currently promoting the title track “Thanks” from their album “Director’s Cut.”