SF9’s Chani Discusses His Personality, Rap Style, Things He Wants To Do On A Break, And More

During the interview, Chani revealed that he is happy nowadays. He said, “When I do an interview like this, I can bring up the story inside of me, and I am doing many different things and gaining more experiences than before. I’m enjoying myself.”

Chani talked about his “slow and calm” personality, saying, “Not only do I talk slowly, but I walk slowly as well. When we all go together, I’m walking in the back. Both my words and actions are slow. In the dorm, I take a long shower. My members have to wait for me, so I tend to shower last. A shower takes about 40 minutes.” Then he added, “Well, when I think about why it takes so long to take a shower… I think I rinse a lot with water. I guess it takes a while for me to rinse it off cleanly.”

The interviewer mentioned that he must like people who are at a slow pace like him, but Chani stated, “No. I’ve never seen anyone with a similar pace as mine. I’ve become used to adjusting to other people’s [paces].” He used the words quiet, sincere, and slow to describe himself. 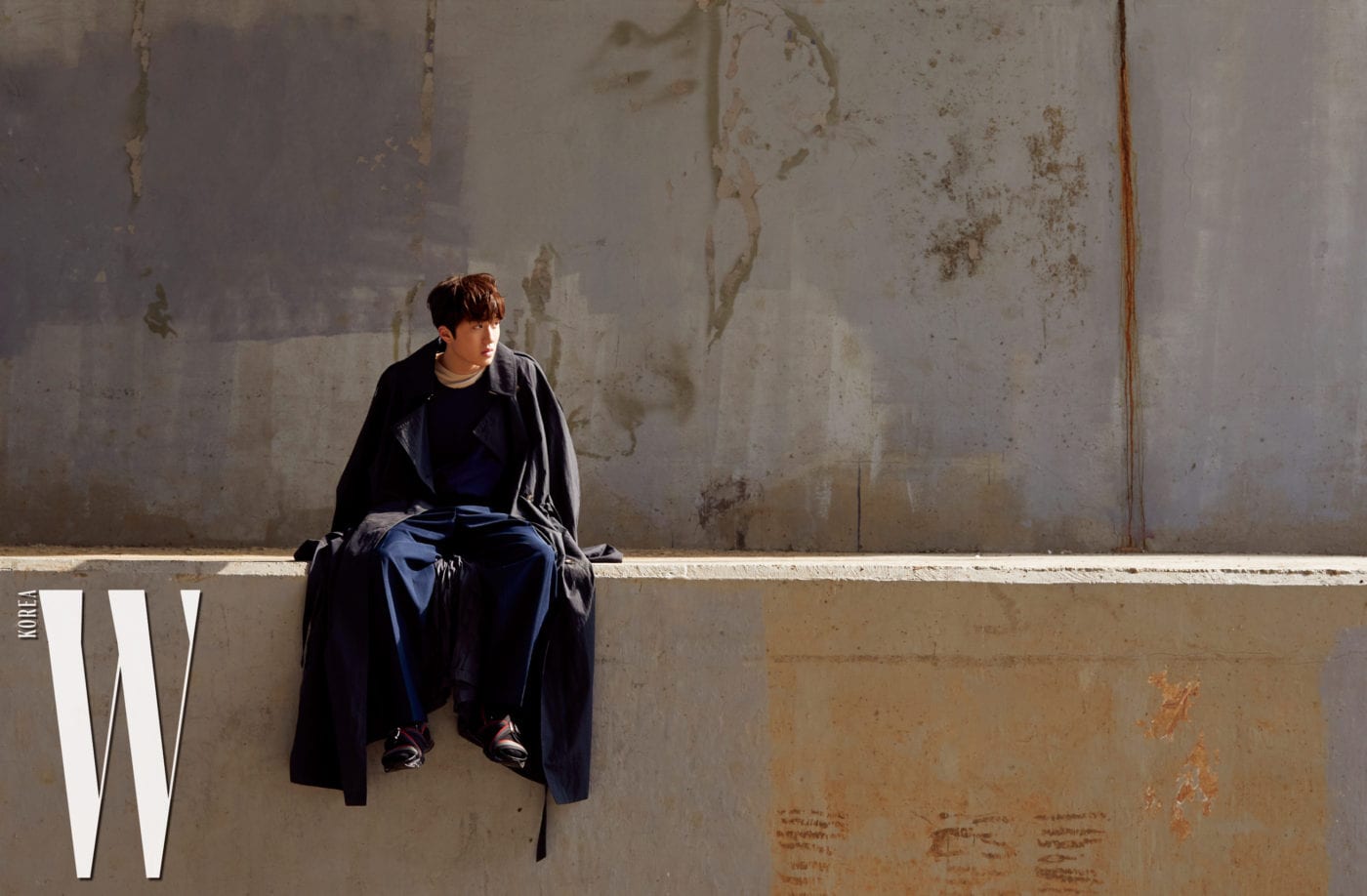 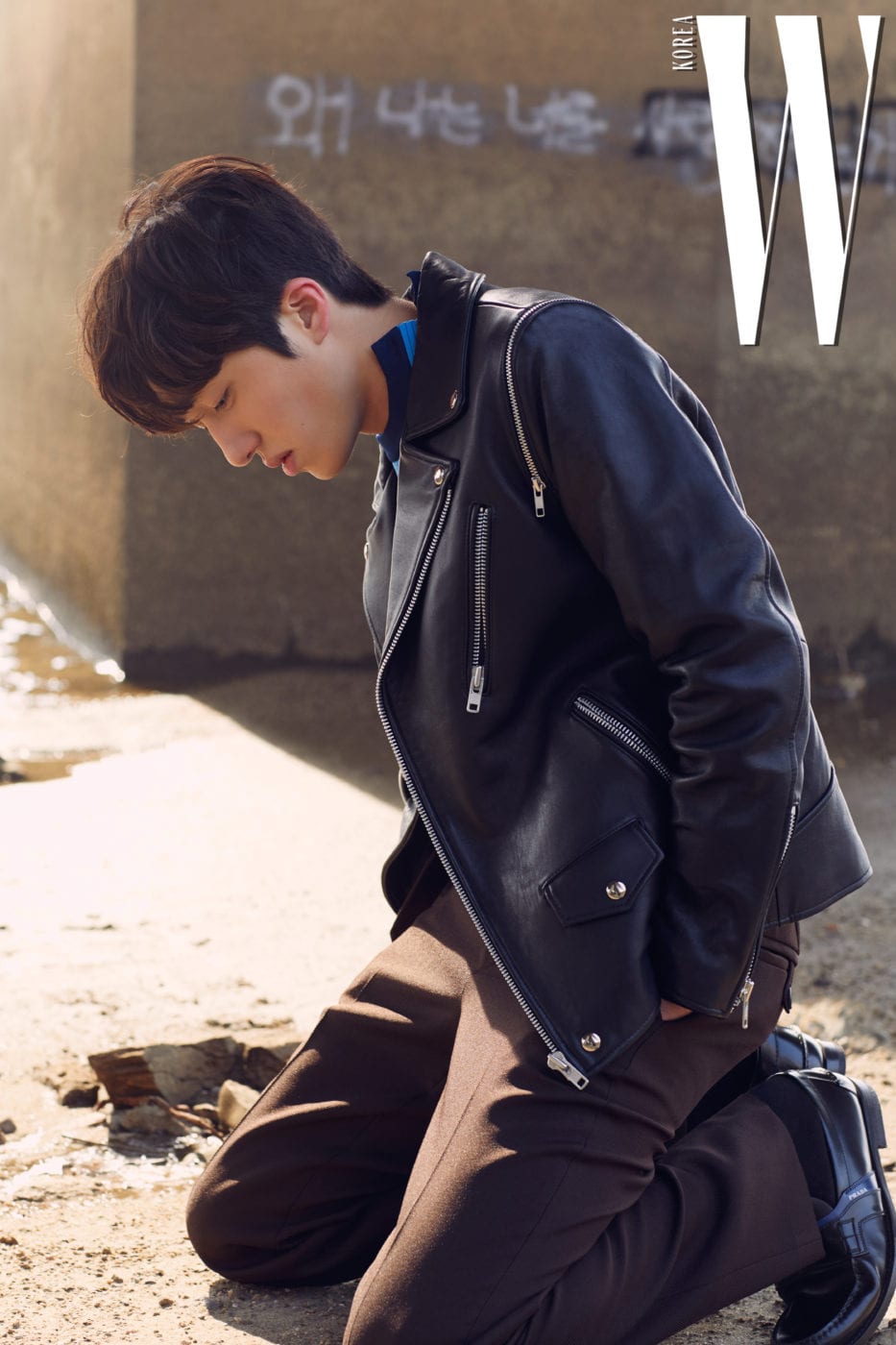 Chani also admitted that he doesn’t have any self-love. He explained, “I always feel like I’m lacking and that I’m not able to do [things]. I practiced dancing all night last night because I kept changing the moves and felt that something feels off or lacking.”

Then he talked about his rap style, saying, “I’m into swag these days. So I [purposely] don’t pronounce clearly and speak as if [my words are] flowing like water. I think I have swag in my rap when I do that.”

Regarding his time as a child actor before he became a member of SF9, Chani shared that he doesn’t have a memory of the time he first acted in “The Great Queen Seon Deok” at the young age of 10 (in Korean reckoning), but he does remember everything after acting in “Can You Hear My Heart?” as the young version of Kim Jae Won‘s character. He added, “I didn’t know [what kind of work I was doing]. I probably knew I was acting and filming, but I didn’t think about it. I started sincerely feeling and thinking about acting when I was in my first or second year of middle school.” 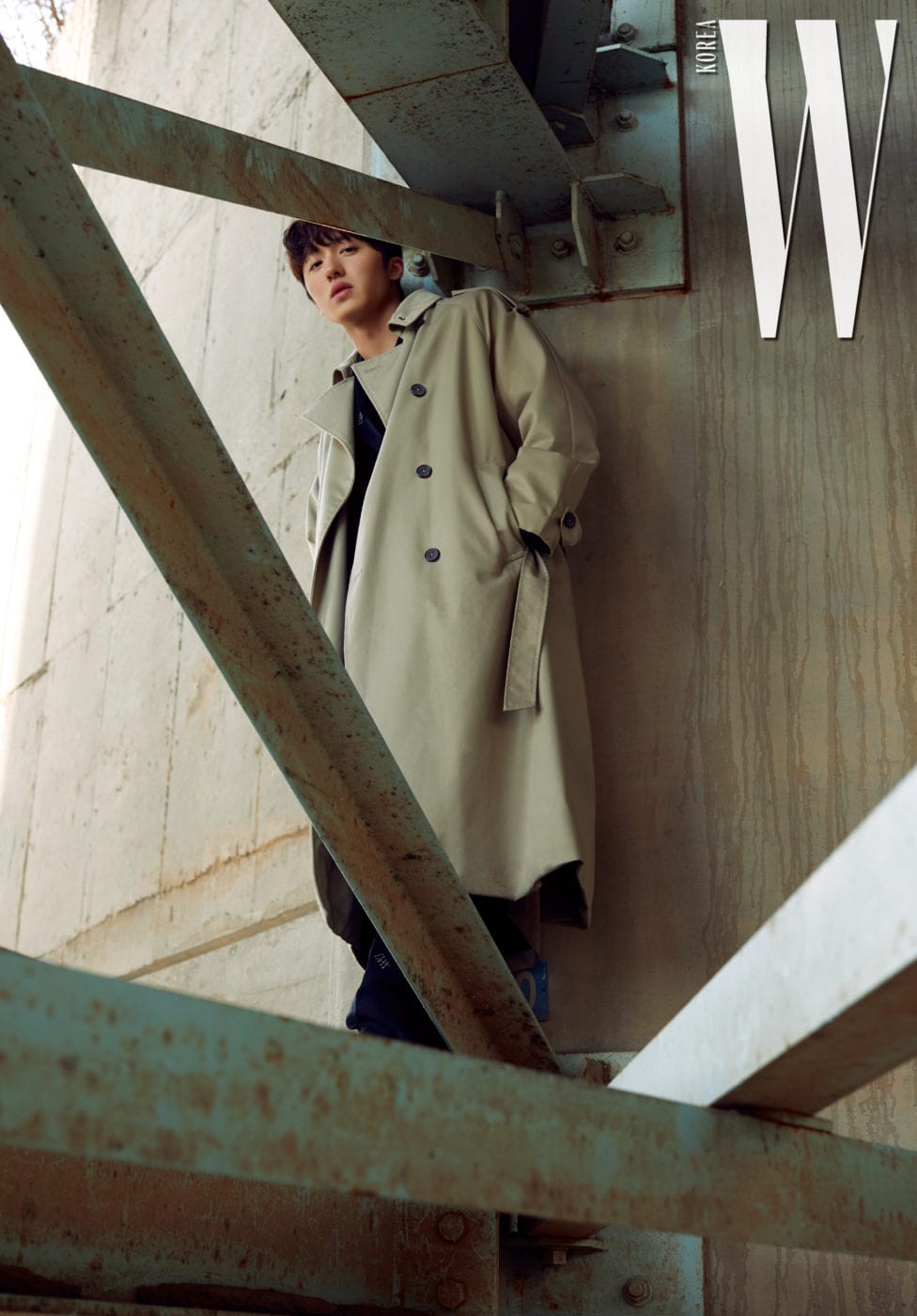 Celebrities who start working in the entertainment industry from an early age often continue their work out of momentum, rather than having a reason or meaning for continuing their careers. Chani said the reason he became a celebrity at such a young age was to help his family. He replied, “I wanted to let my parents live in luxury. My family has never traveled abroad together. We had financial problems as well, and we didn’t have much leisure. If I make a lot of money, I want to send my parents on a trip and give them a house as a present.”

Chani mentioned his younger brother who is six years apart from him. He said, “I want my younger brother to go to school without being affected by me. I loved the feeling of having friends think of me as a normal friend and not a celebrity in school. Rather than listening to his friends say, ‘What’s your brother doing these days?’ or ‘Who did he meet?,’ I hope he spends his school days receiving attention for himself. 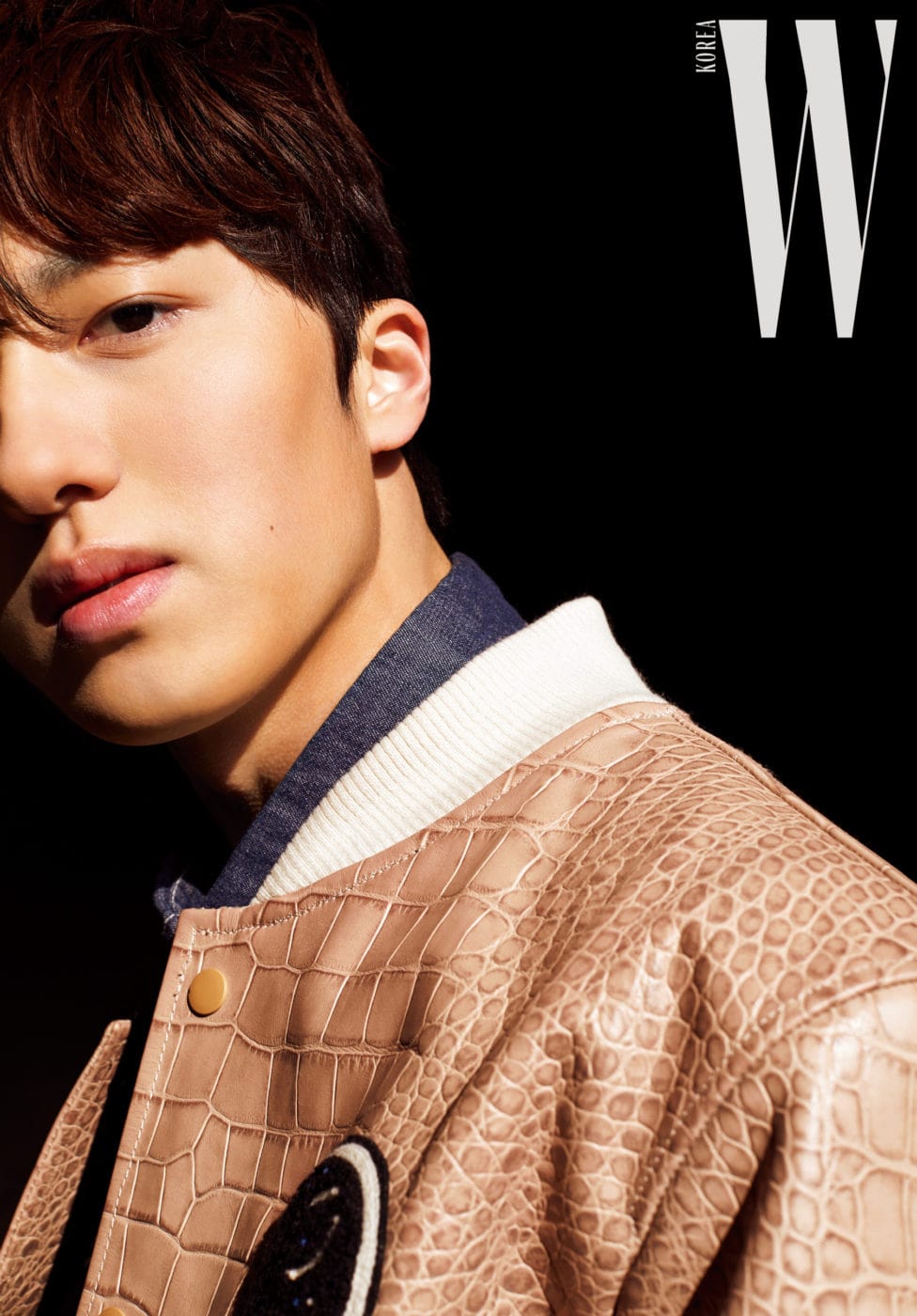 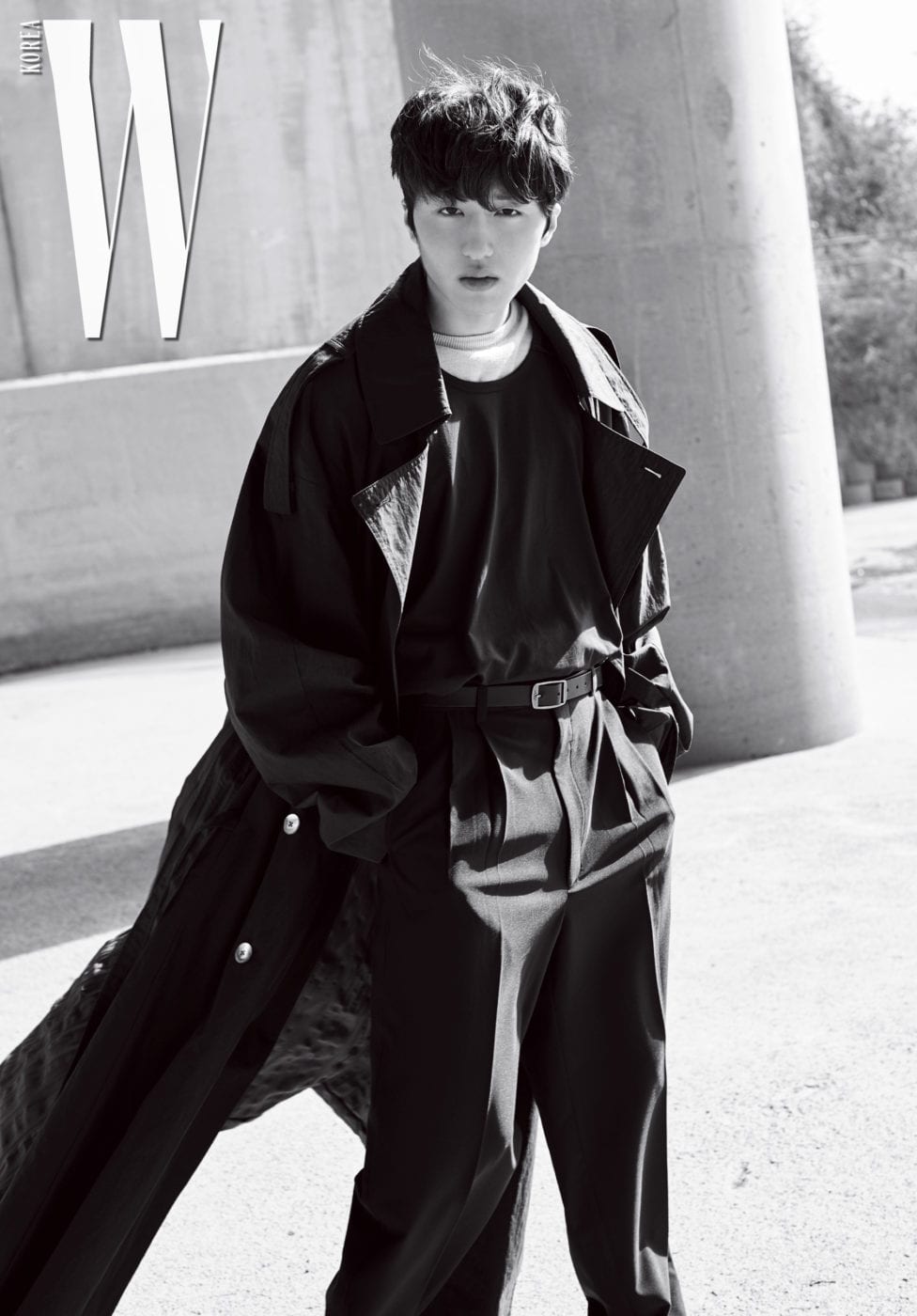 He also shared his dream is to show various sides of himself and be acknowledged by others, whether it’s on stage as an idol or on screen as an actor. The interviewer pointed out that it doesn’t seem like the glamorous celebrity life suits him, and he agreed, saying, “I have had a similar idea of myself. I’m scared to be in front of people, and I wonder if I can really be an entertainer. I could have given up. But I was young, and I wanted to challenge myself. I felt like I wanted to challenge myself and be recognized. I wanted to show my parents that I was working hard.”

Lastly, Chani discussed what he would do if he was given a break. He shared, “Of all the things I’m able to do, I’m most confident in sleeping. If I could take a month off, I would sleep for the first week. And from the second week, I will catch up on the work I’ve been behind on. I will travel and go to the driving academy I’ve signed up for but been putting off.”

SF9 recently came back with their title song “Enough.”