SG Wannabe has tons of popular songs, and one lucky fan got to hear a live version of them from group member Lee Seok Hoon himself! 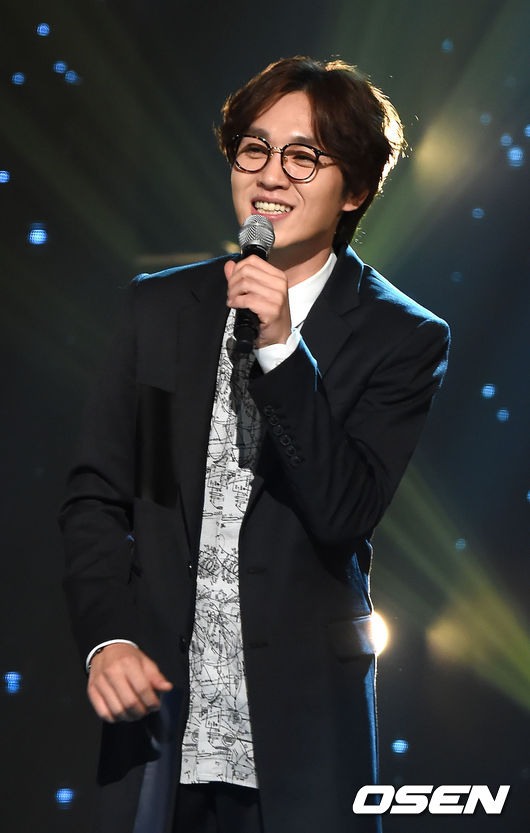 On March 27, SG Wannabe made an appearance on MBC‘s Hangout With Yoo as a full group, and performed many of their hit songs! Their appearance on the show led to many SG Wannabe songs making a comeback on charts, such as “Timeless”, “As I Live”, and many more, leading Lee Seok Hoon to reveal that he received attention for his never-ending love for fans.

In a past MBC Radio Star episode, Lee Seok Hoon shared a story of the time he sang at a fan’s wedding. He talked about he usually turns such requests down, but after learning that the bride had been a fan for almost 10 years, he decided to pick just this one request up!

We usually receive many requests to sing at weddings during wedding season and so usually we turn down the offers if we can. But after receiving a message online from a fan of nine years, I decided to sing at her wedding.

He then revealed how after walking on stage to begin singing, he took a look at the grooms’ face and regretted taking the offer.

As I was going on stage, I saw the groom’s face and he didn’t look too happy. He would come to our concerts because he knew that his wife was my fan, but I guess he wasn’t too happy that I had even come to their wedding.

Lee Seok Hoon then confirmed that later, the fan came up to him and said,

My husband is a fan of you too now!

After hearing that, fellow guest John Park brought laughter to the set as he commented,

SG Wannabe debuted in 2004 with their song “Timeless” and recently gained attention after making an appearance on Hangout with Yoo.

Watch their performance of “Timeless” on the show here!