Recently, the members of SG Wannabe were the featured guests on a episode of Hangout with Yoo, where the three members talked about numerous different subjects. The entire episode was exciting on its own, but perhaps the best part was when the group performed a number of all their hit songs. While the vocal group was well-known in previous years, it has been some time since the group has seen popularity like before. Since the premiere of their Hangout with Yoo episode, however, SG Wannabe has started to see an increase in viral popularity.

Several of the group’s songs began to climb music charts, ranking in the top 100 after years of inactivity. “Timeless,” “La La La,” “Arirang,” “Partner For Life,” and more have been shooting through the roof in popularity, leading to fans’ requests of a full group comeback, and it seems that those requests may be answered sooner than later.

On April 24, an entertainment official confirmed the rumors that SG Wannabe is preparing to make a full 3 member comeback. If these rumors are indeed true, this will mark the first comeback made by the group in 5 years.

SG Wannabe debuted back in 2004 with their incredible vocals, making an immediate impact in the K-Pop scene. Their deep vocals and emotional lyrics became a staple in the industry, with many of their songs becoming instant classics. The three members went on to release hit after hit, but eventually took a few hiatuses, which led to their inactivity. 5 years later, the group is beginning to see virality thanks to their appearance on the MBC show. 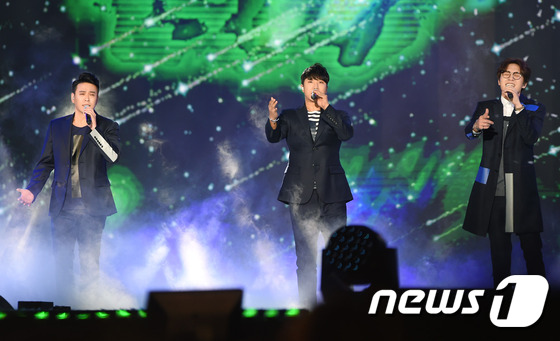 While fans patiently await confirmation news regarding their potential comeback, the group’s numerous Hangout with Yoo performances have been steadily increasing in their viewership numbers. You can watch SG Wannabe perform their numerous hit songs down below.