“Bad Papa” will follow the story of a man who becomes a bad person to be a good father. He will be a man who sometimes has to give up and sometimes has to be courageous in order to protect his family, and the fast-paced story is set to enthrall viewers. Shin Eun Soo will take on the role of Yoo Young Sun, who acts brusque on the outside but is actually very thoughtful and cares deeply about her family, especially her father Yoo Ji Chul. She is a high school student who has learned of life’s hardships too early, and she pushes people away to hide her pain.

The new stills show Yoo Young Sun going to school with a cast on one of her arms. She has an aura that makes her stand out in front of her friends, and someone’s words seem to annoy her as she stops in her tracks and glares at them. Though the rest of her face is expressionless, her eyes are full of fire and charisma, making viewers curious to know the story behind her life and the reason why she’s wearing a cast. 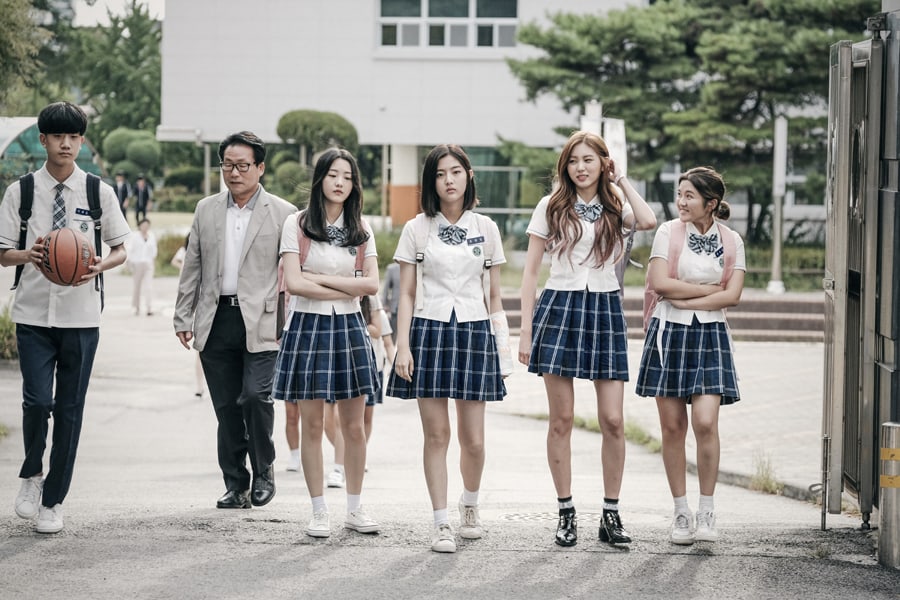 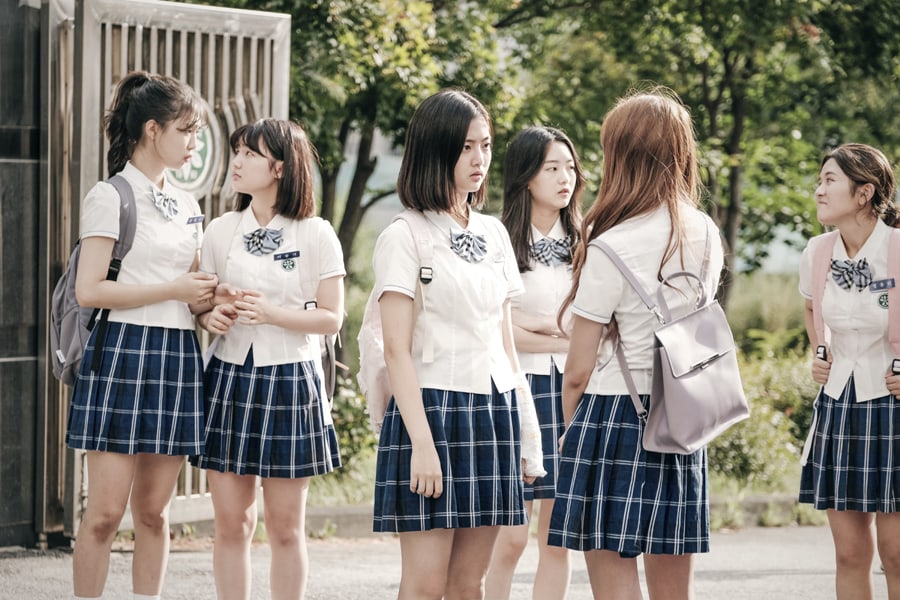 Shin Eun Soo is said to have been a lively presence on set, filling the space with laughter as soon as cameras stop rolling. The hot weather didn’t seem to hold her down as she gave everyone an energetic smile. She said, “I completed my first filming well, despite the hot weather. I got to work with actors my age, and we got along right from the beginning so we had fun filming our scenes. The fact that we were filming at a school made me feel more comfortable. She added, “I’m working hard on all of my scenes. Please give ‘Bad Papa’ your love when it begins airing.”