The new photos show the two characters getting closer than ever as they get caught in a rain shower while in the park. They hold up the picnic blanket they were previously sitting on as a temporary umbrella when rain starts pouring down on them. Realizing they can’t stand there forever, they run to a nearby playground and hide under one of the slides, hoping the rain will go away soon. Despite the unexpected situation, Seo Woo Ri and Gong Woo Jin don’t lose their smiles as they enjoy their time together. 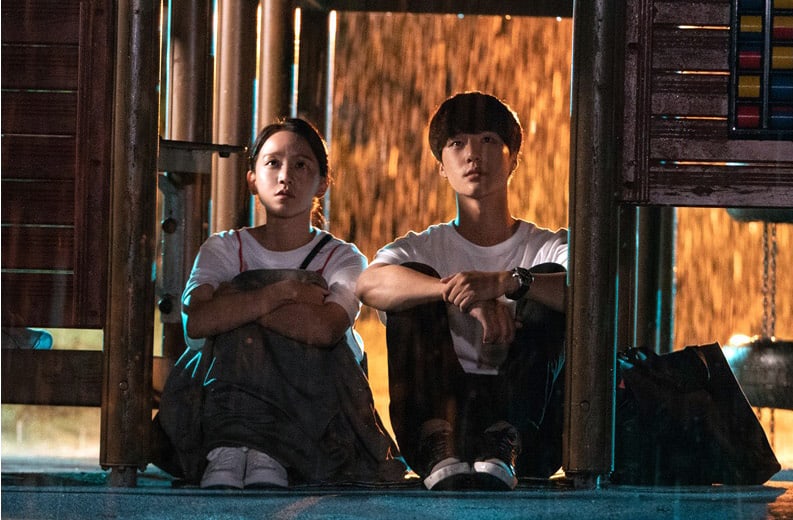 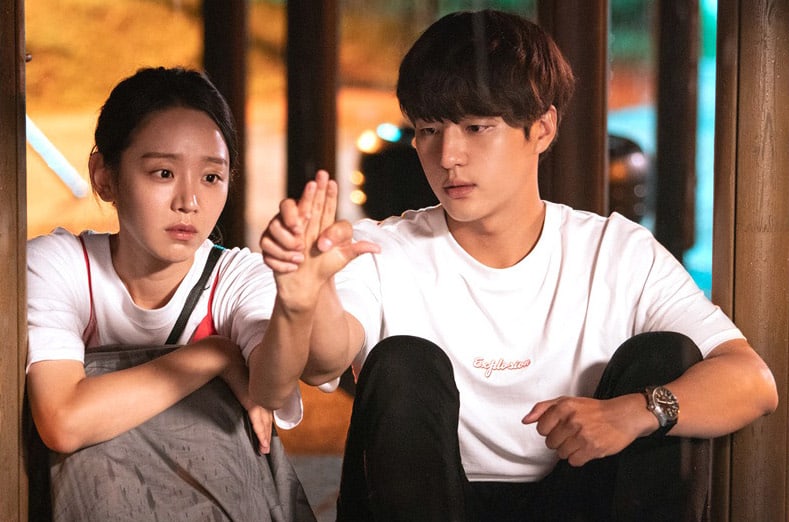 In the previous episodes, Gong Woo Jin had shied away from Seo Woo Ri as her presence would pull him back into painful flashbacks. Though he had chosen to avoid her in the past, he has changed his coping mechanisms and can now be seen holding her and finding refuge in her being close to him.

Their romantic time together will be continued in the upcoming episode of “30 but 17,” which will air on September 3 at 10 p.m. KST.