Shin Soo Ji explained that Kim Soo Hyun always hangs around with two other men when bowling. “At the time, I was also with two twin sisters,” she said. “One persuaded us to a game of girls versus guys.”

She continued to share how Kim Soo Hyun changed when he lost. She said, “We won due to great teamwork. Kim Soo Hyun suggested a rematch with his teeth gritted. His eyes changed. I was impressed.” 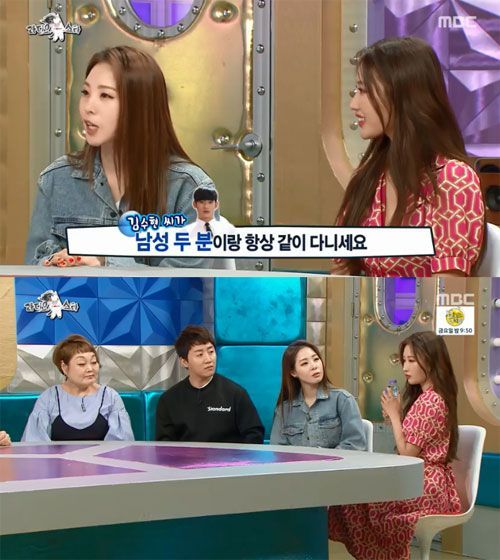 Kim Soo Hyun is known for his passion for bowling. The actor has expressed his love for the sport in interviews, appeared on MBC’s “Infinite Challenge” for a bowling match, and even attempted to become a professional bowler.