SHINee Looks Back On 10 Years And Shares Most Memorable Moments, Gratitude To Fans, And More

SHINee recently celebrated their 10th anniversary since debut on May 25, and the members sat down for an interview to share their thoughts on reaching the milestone.

The group first reminisced about their debut, with Taemin sharing, “I think we really didn’t know anything. We debuted with massive fantasies of what it was like to be a celebrity, so we ran into a big wall of obstacles. As we overcame those [challenges] one by one, they all became good memories. Looking back now, the fact that we overcame those things, as well as the time we spent, seems really meaningful.” 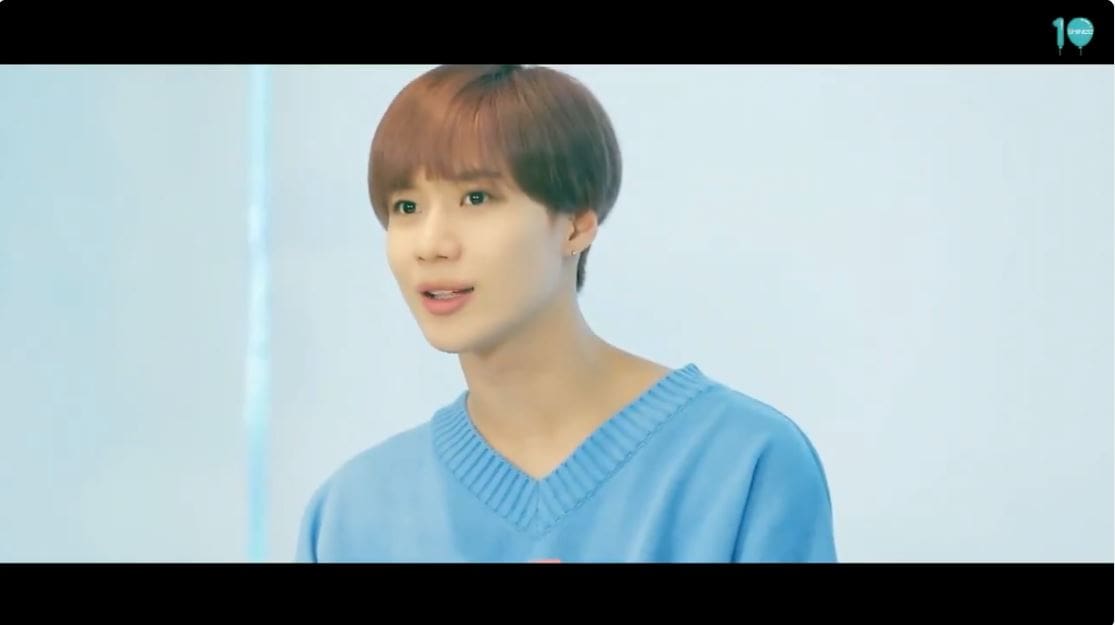 Minho commented, “Maybe it’s because it was our first debut performance, but I still remember the atmosphere and the smell of the air clearly.” Onew said, “I still remember our first broadcast on a public network, and I remember we met [with our fans] after it ended, like a fan meeting. A lot of people gathered.”

The members were then asked to choose the most memorable moment of the past 10 years. Minho answered first, saying, “Everything was memorable, but I remember our first debut performance the most, along with our first concert. It was our first concert, and we were pressed for time as we prepared, but we all personally had big expectations. We had dreamed of having our own solo concert, so we looked forward to it.”

Taemin remarked, “Rather than our debut, I remember the times we spent walking together from the practice room to our dorm in the winter, while we were preparing for debut.” He added, “The trivial moments stand out more in my memory, like when we bought things to eat together and shared them.”

Onew said, “I remember when we started to attend events, in the car…,” before Taemin interjected, “When we fought,” causing everyone to laugh. Still laughing, Onew continued, “There were all sorts of conflicts, but I think the effort we put in trying to compromise was really enjoyable.” 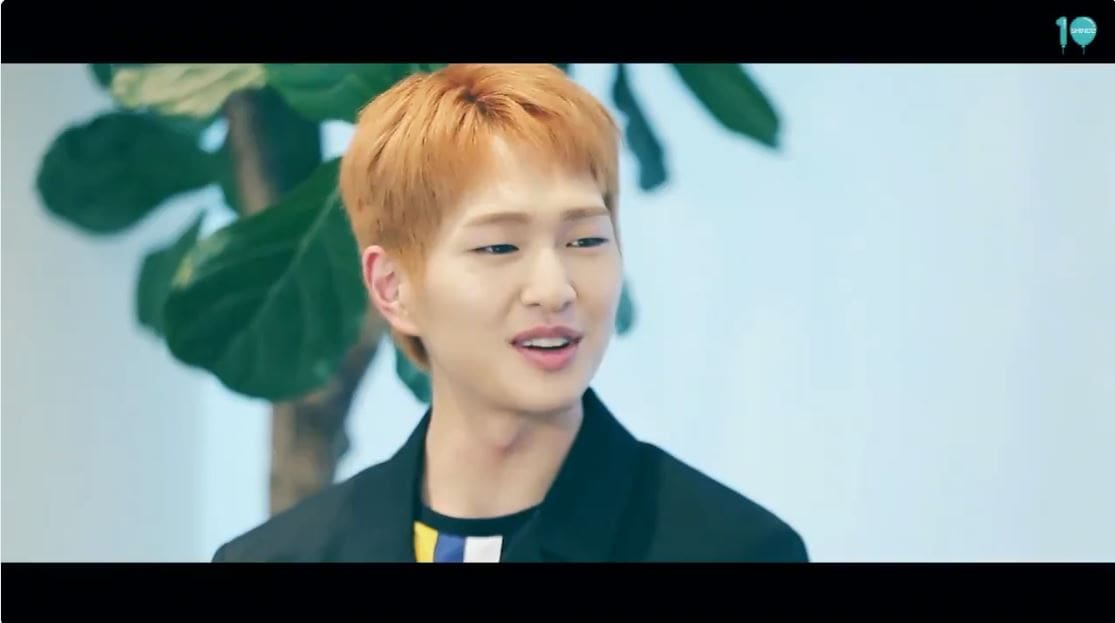 Additionally, SHINee answered the question of what 10 years meant to each of them. Taemin responded, “My school years.” He explained, “I became a trainee when I was in elementary school and spent the rest of my time together with my members, so my memories of my school years are with my members.” He added, “From now on, my life. [The fact that we are] like family is even bigger than my school years.”

Onew replied, “I experienced a lot of things with the members and shared many things together with them, and we thought and communicated a lot, so [my answer is] learning.” Minho said, “There were a lot of things that happened during 10 years—we traveled around the entire world and put on a lot of performances. There were happy moments and sad moments, but we did everything together as a team, so it feels like a movie. But a movie that hasn’t ended yet.”

Key answered, “I’m not being negative, but [10 years] doesn’t feel like much. [The time] just naturally passed. [10 years] would be very significant if we’d had a really hard time and were wondering, ‘How did we make it to 10 years?’ But I don’t think it was like that. We somehow made it here, and it feels nice.” 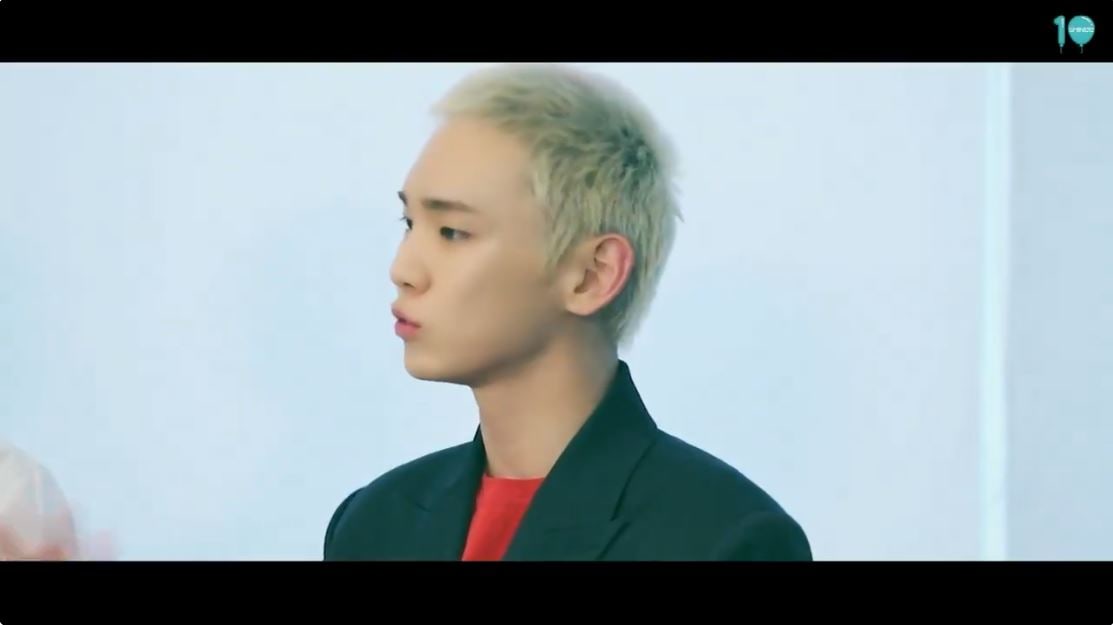 The members were then asked to say something to one another. Taemin shared, “I don’t think we need to express it in words, and we know [each other’s feelings] even if we don’t say them. So please continue to look after me well.” Key cracked the other members up by replying, “Is that a question?”

Minho said, “You’ve worked hard for 10 years. Let’s work hard and do even better in the future. And let’s be healthy.” 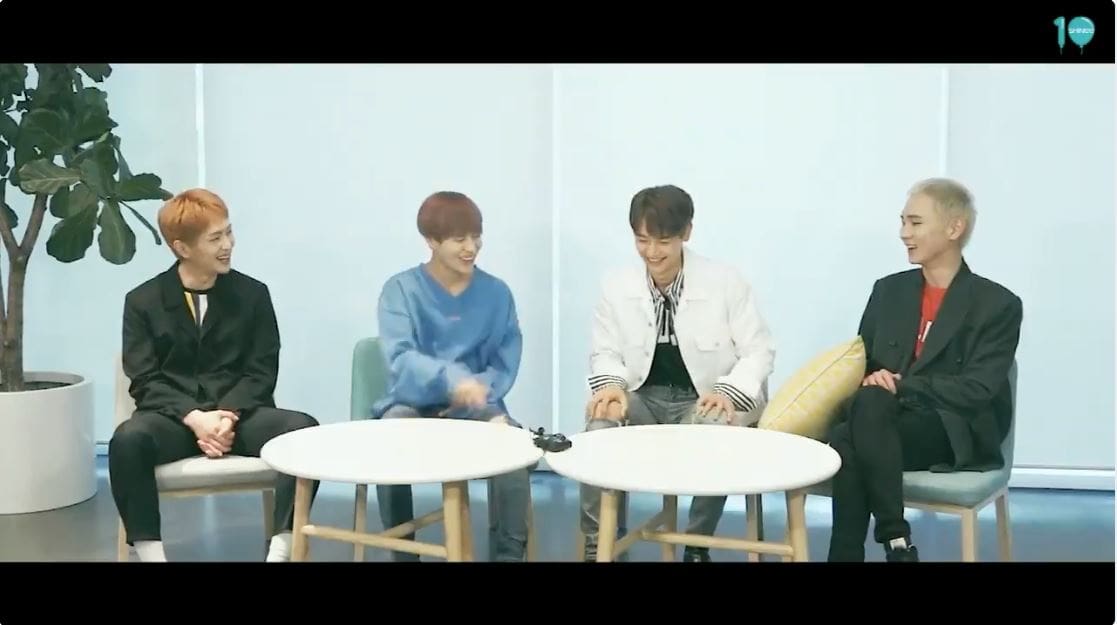 Key addressed Onew, saying, “Jinki [Onew’s real name] hyung, it must have been hard being the oldest member. Stop suffering, and let’s promote comfortably in the future.” Onew said, “They say even the landscape changes in 10 years. We did change a lot in many ways, but let’s continue to do as well as we have.”

Finally, SHINee concluded by expressing their gratitude towards their fans. Onew shared, “To the many people who have waited for us and loved us up until now, I really want to say: thank you, I was happy [during our times together], and I will continue to be happy. Thank you.”

Taemin commented, “I think our fans are like a spotlight on the life that we shared together. They made us shine, they determined what kind of atmosphere we gave off, they made us stand out. It might be hard to see us in the dark, but they never lost that light and continued to make us shine, so I want to thank them. I hope they continue to be a light that never goes out in the future.”

Key said, “The fact that we can even have this interview right now is all thanks to SHINee World. This may seem like a fairly casual interview, but even the words ’10th anniversary’ and all the times we spent together [were made possible by our fans]. I hope we can continue to be people that support each other in the future, as we depend on our fans and also lead them.” 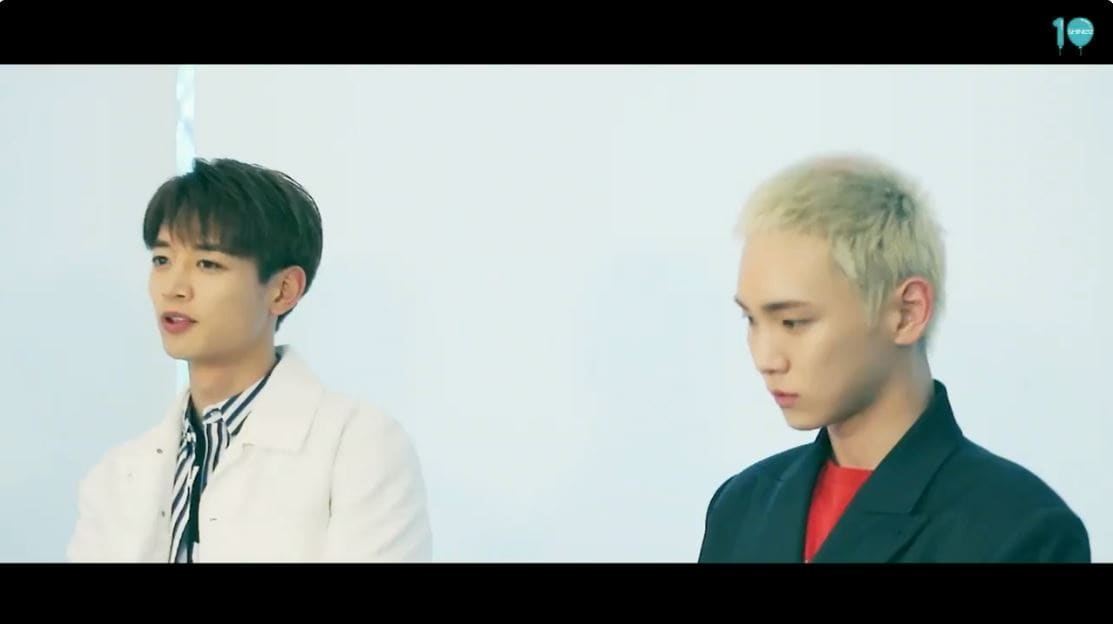 Lastly, Minho remarked, “Thank you so much for always giving us infinite love and affection. I think ‘thank you’ is the right expression. Thank you so much. We’ve become a lot more comfortable now and seen each other for a while, so I hope we can continue to make great memories and have a happier future. Thank you!”

Check out the full interview below! Congratulations again to SHINee!