Taemin, who is a part of both SHINee and SuperM, will be releasing his third solo album Act 1 on September 7. This album will drop on music platforms at 6 PM KST and is the first part of his third studio album Never Gonna Dance Again. He released his prologue single last month and will be releasing Act 1 and Act 2 to complete the album.

After the release of the album, Taemin held a special live stream at 8 PM KST through the SMTOWN channel on VLIVE to talk a bit more in-depth about his album, sing a few acoustic versions of his songs, and talk about his upcoming promotions.

What was funny though is that SHINee member Minho, who is currently in the military, entered the live stream to support Taemin’s comeback. All the fans spotted Minho’s comments except for Taemin! Let’s take a look at some of the comments left by Minho that Taemin missed.

From the beginning of the live stream, Minho could be seen taking over the comments. “Wow Taemin is doing a live!” 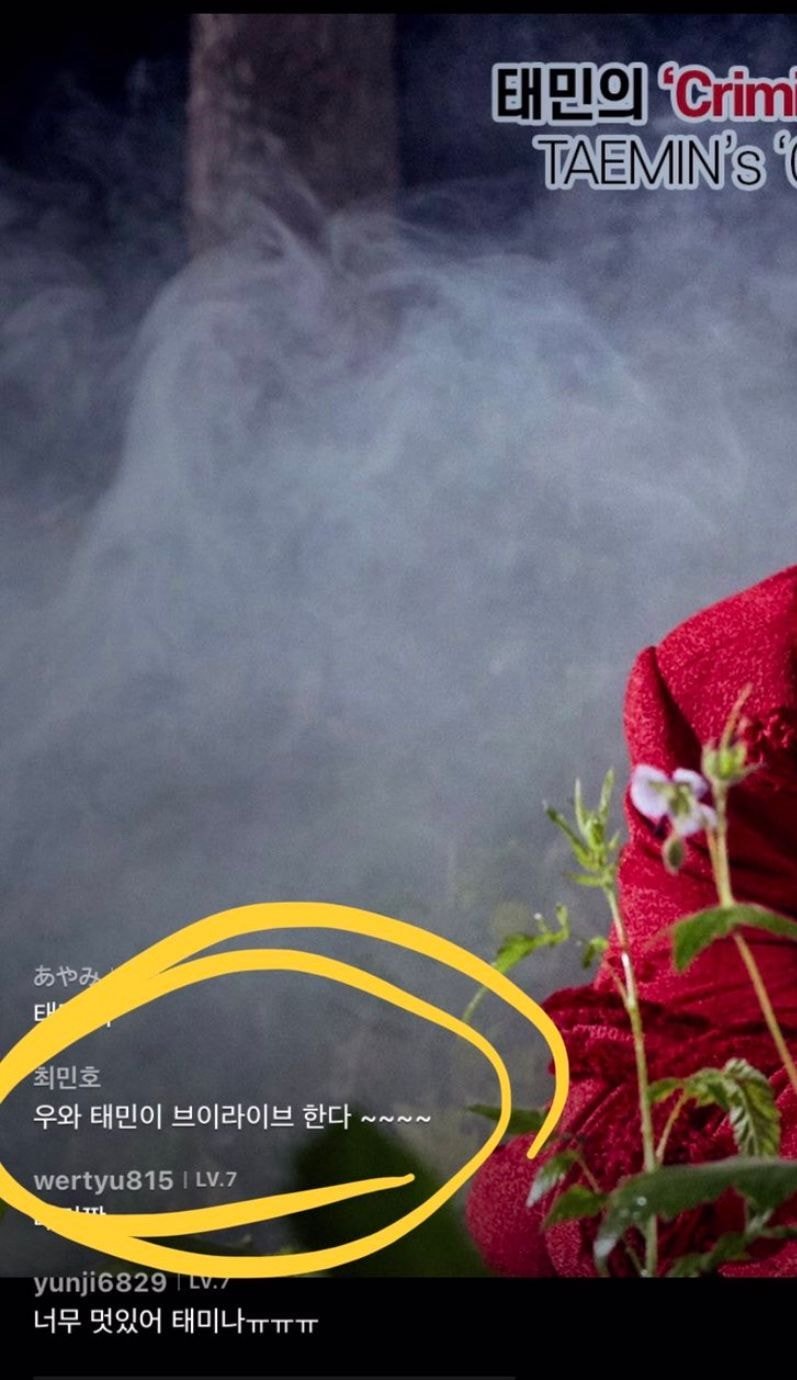 He didn’t hide his support for his fellow member. “I hope Taemin’s ‘Criminal’ does well!” 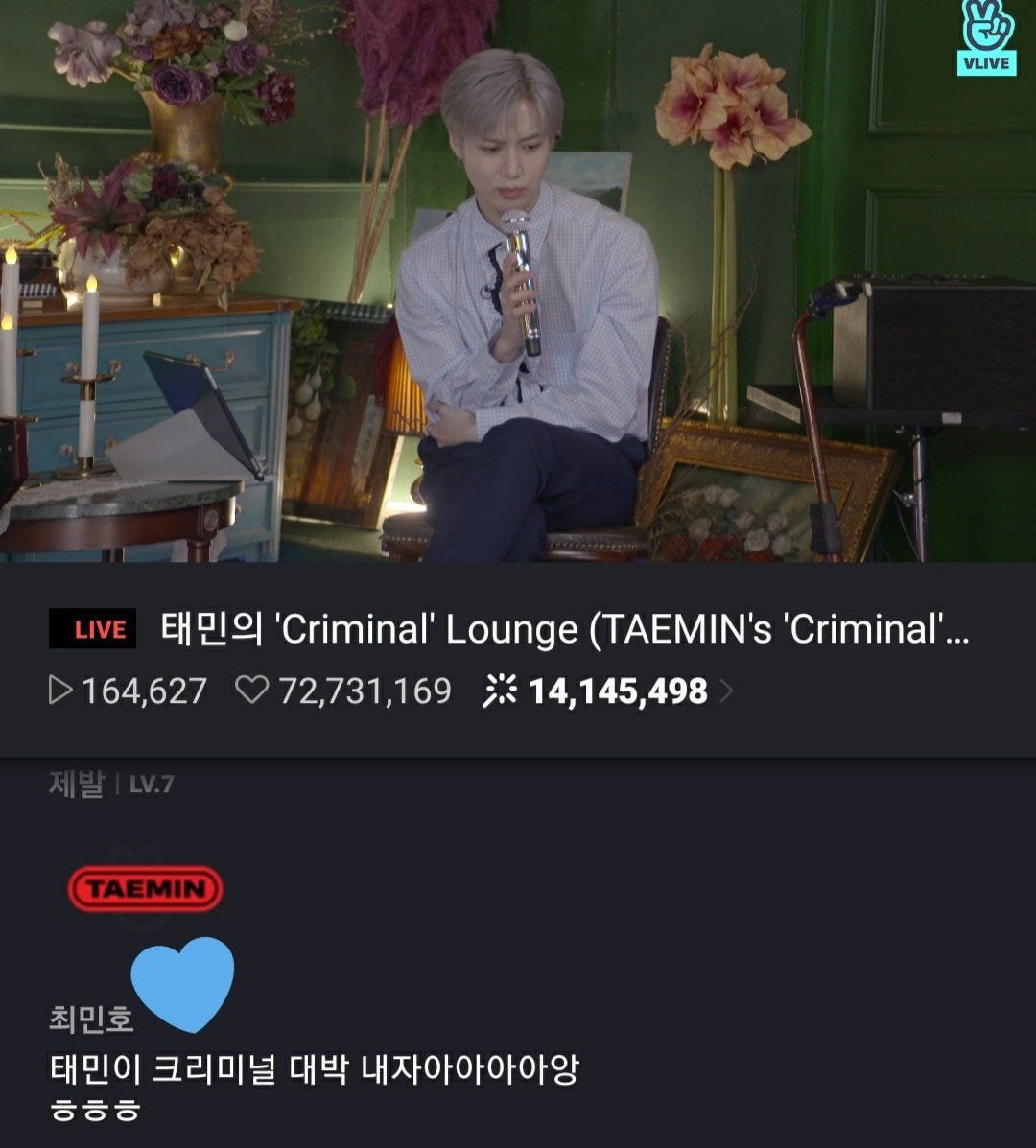 He could be seen leaving various responses throughout the live stream. “So Lee Taemin, is it a tattoo? or henna?”

“Taemin~ah have a good broadcast~~~I have to return my phone now. I hope this album does well! Stay healthy and strong!” 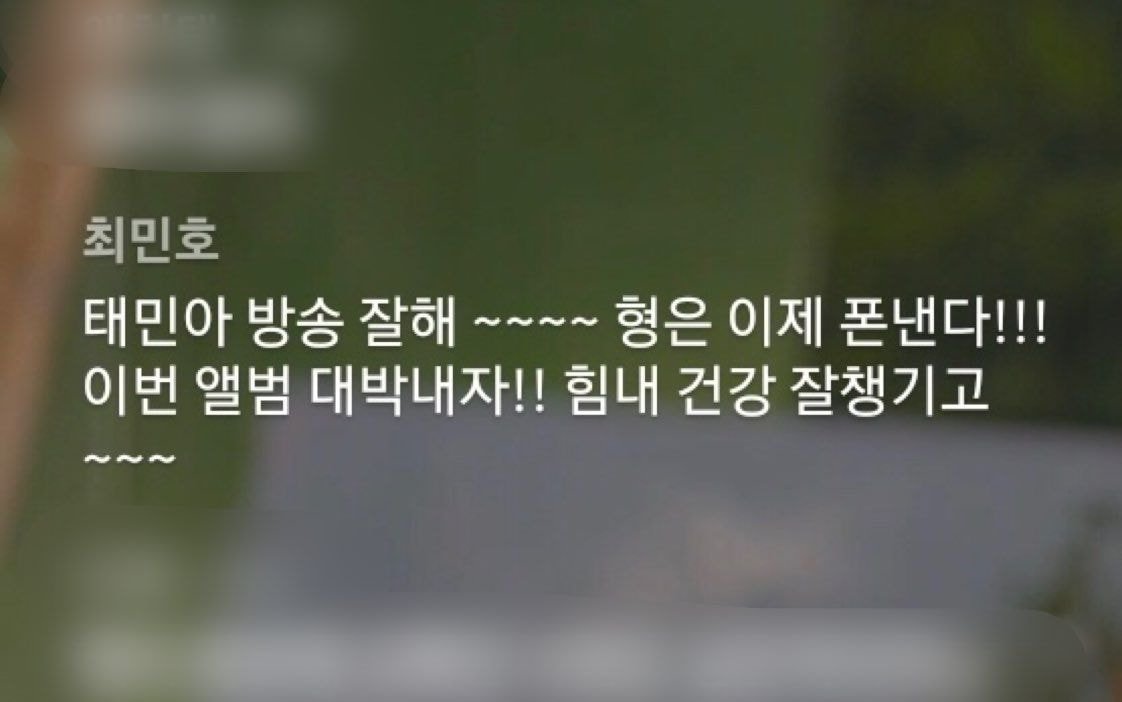 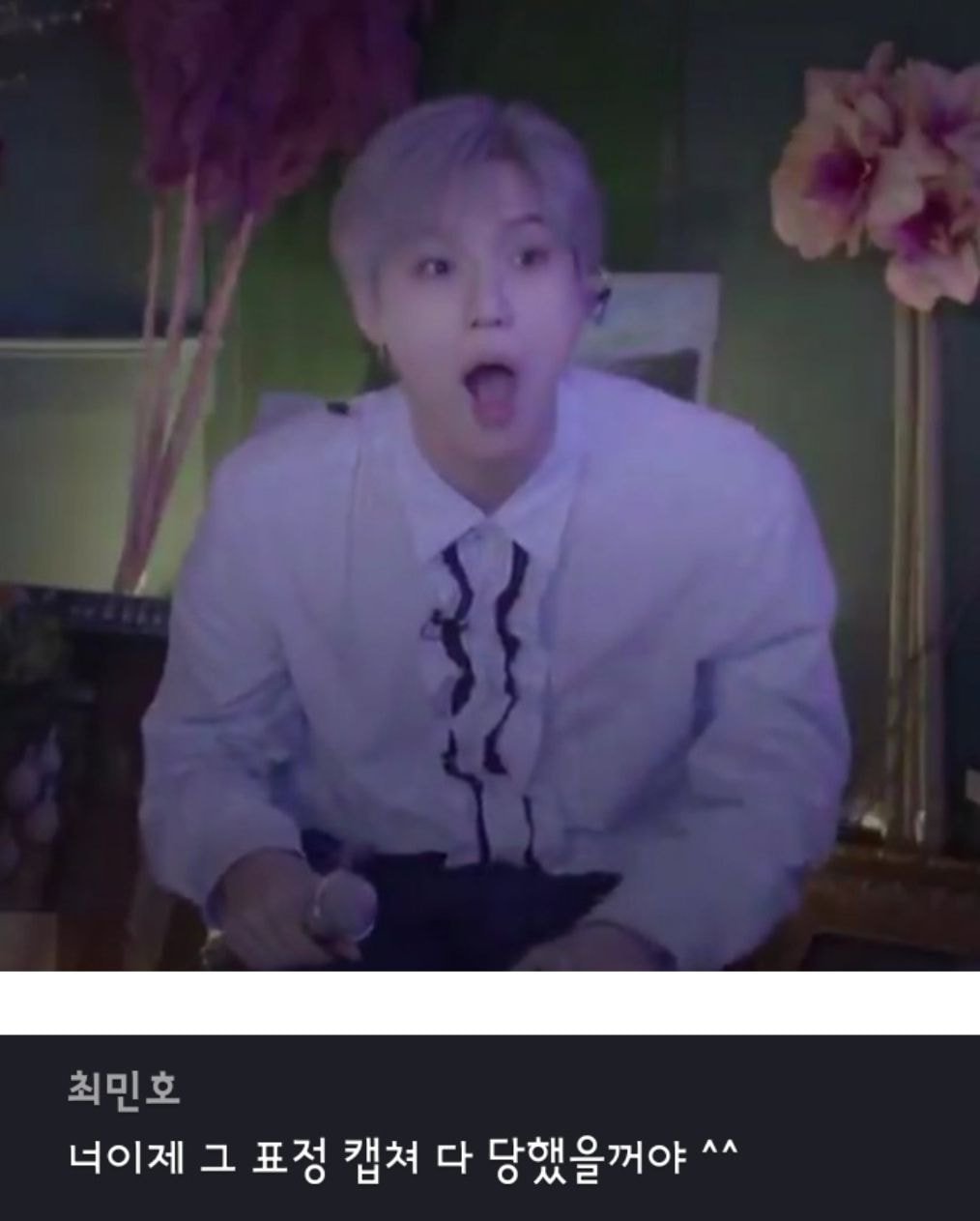 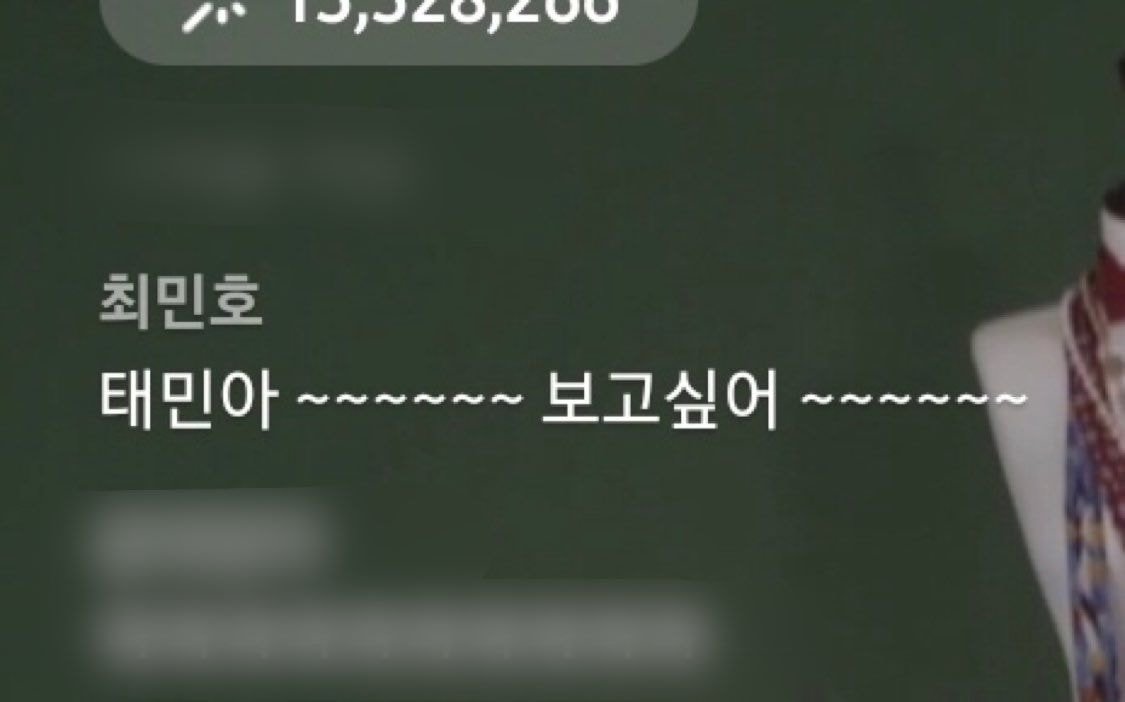 He doesn’t forget to let everyone know that he is leaving the live stream too. “See ya I’m leaving now.”

Fans found it so adorable that Minho was so adamant and genuine in sending messages to Taemin through the live stream. He even sent a food truck to Taemin to show support for his album!

Of course this is not the first time Minho has supported Taemin. Fans know that Minho is known to always show up to other members’ performances or schedules to show support.

Let’s all support his new album by watching his new “Criminal” music video!