Gaon Chart has revealed its chart rankings for the week of September 9 to 15!

SHINee’s new compilation album “‘The Story of Light’ Epilogue” topped this week’s physical album chart, with NCT Dream’s “We Go Up” staying strong at No. 2. Oh My Girl’s “Remember Me” and PENTAGON’s “Thumbs Up!” debuted on the chart at No. 3 and No. 4 respectively, while The Boyz’s “The Sphere” rounded out the top five for the week. 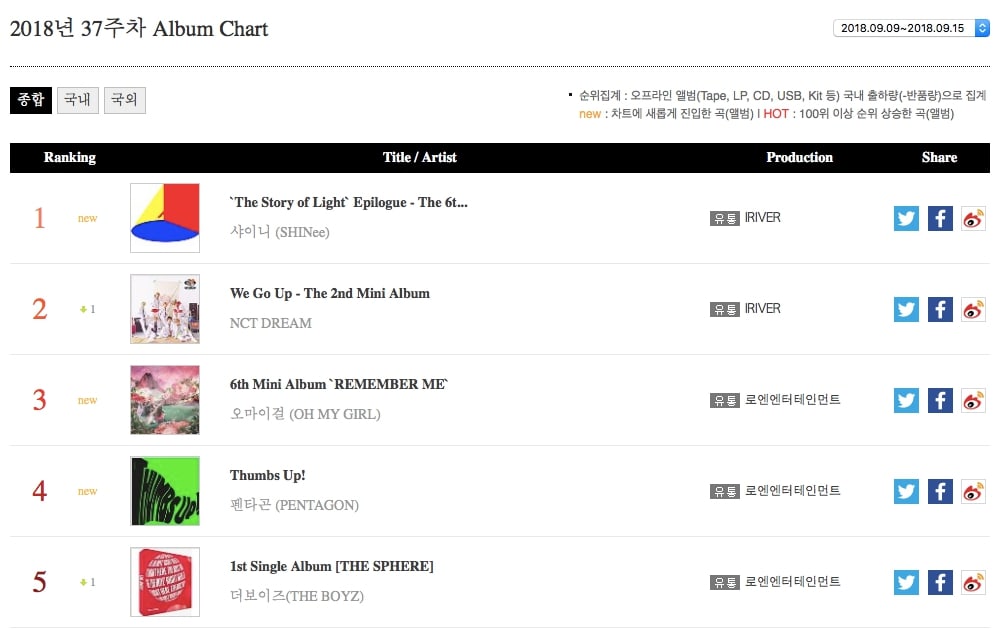 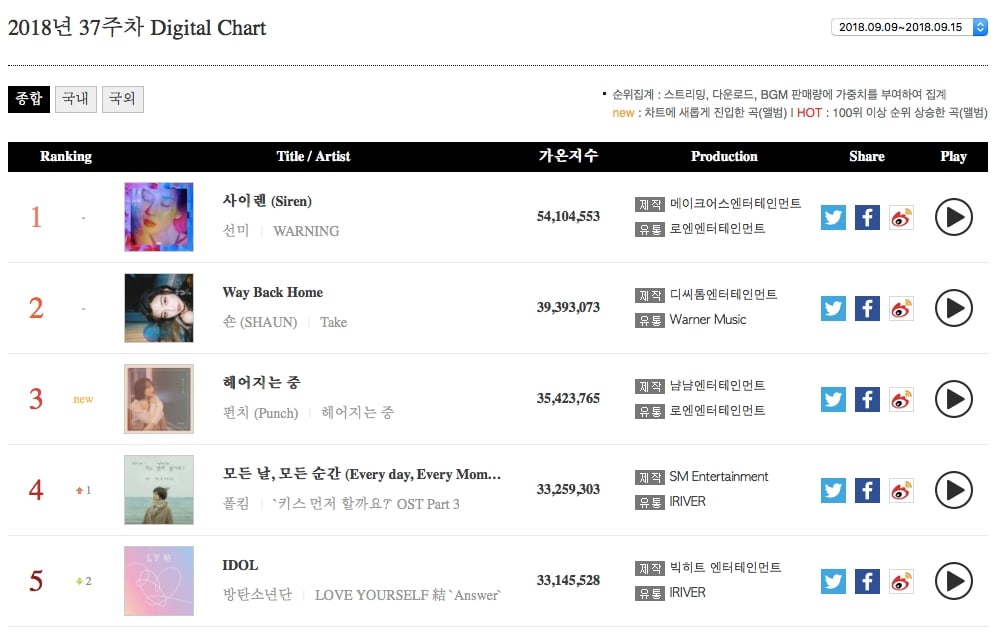 Sunmi’s “Siren” remained at the top of the download chart, with Punch’s “Goodbye” debuting at No. 2. Girls’ Generation’s new unit “Oh!GG” came in at No. 3 for the week with “Lil’ Touch,” while Oh My Girl took No. 4 with “Remember Me,” and EXO’s Chanyeol and Sehun claimed No. 5 on the chart with “We Young.” 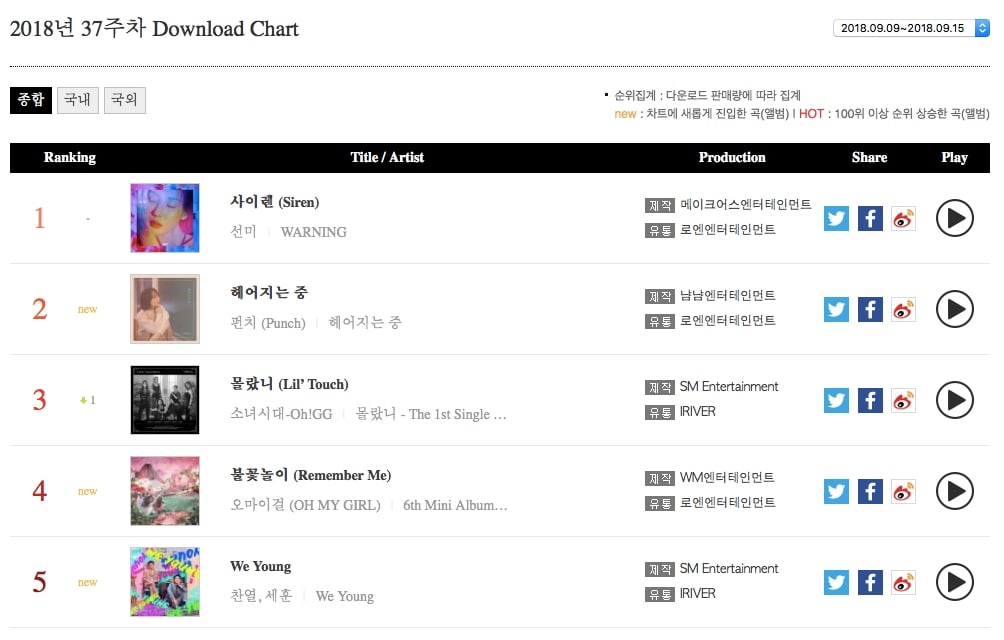 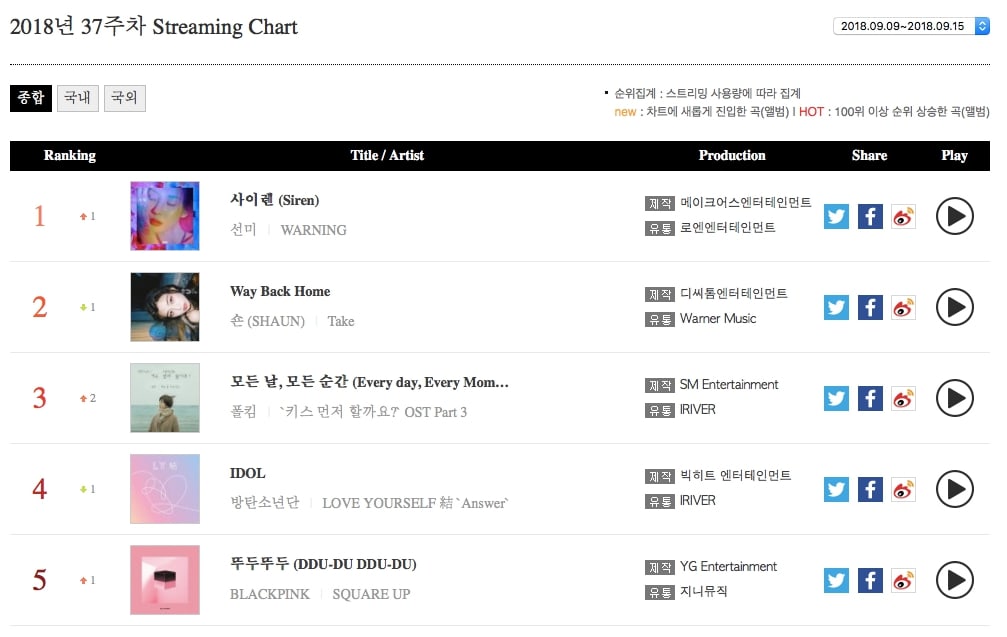 BTS dominated the social chart for the week, sweeping the top three spots with their most recent title tracks. In addition to topping the chart with their latest hit “Idol,” the group also claimed No. 2 with their alternate version of “Idol” featuring Nicki Minaj. BTS also took No. 3 on the chart with “Fake Love,” followed by Girls’ Generation – Oh!GG’s “Lil’ Touch” at No. 4 and Sunmi’s “Siren” at No. 5. 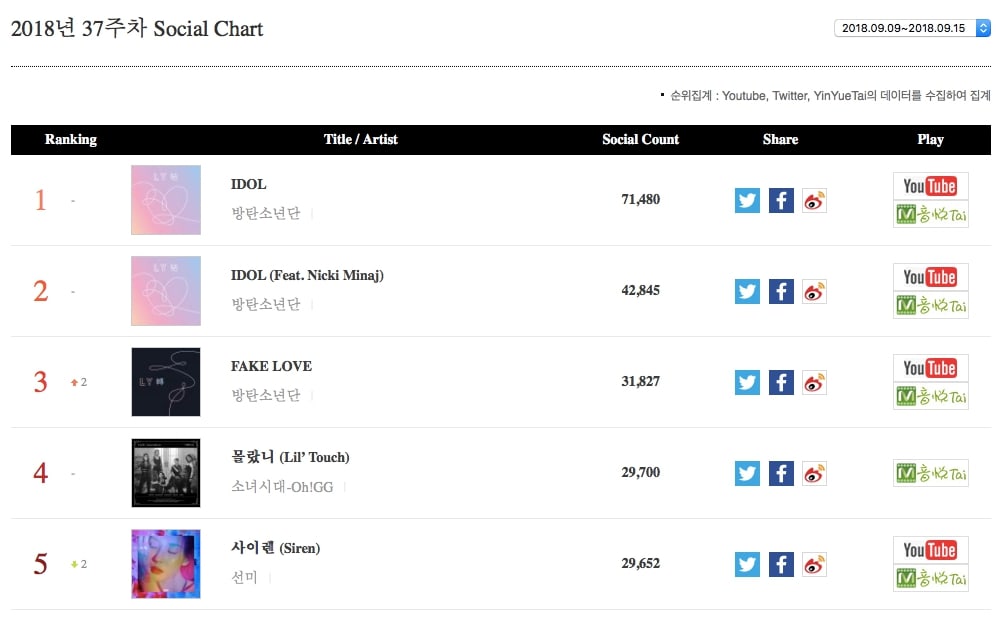