SHINee‘s Taemin is due for a solo comeback on the 7th of September with the song “CRIMINAL”. The song was a highly anticipated one, following his success with “2KIDS” earlier on last month. It was also reported that Taemin himself was working on the song really hard. However, it seems that his plans may have had fallen through, thanks to a mistake made by his company.

On the 4th of September, Taemin posted a message on Dear.U Bubble to fans, saying that he was upset that a small snippet of his upcoming song had been released without prior notice on his new reality show, Rare Taem.

The reality show is produced in-house by SM Entertainment, and is meant to be a funny and cheerful one. As “CRIMINAL” is of a heavier mood, Taemin was upset that his song was used in that setting, and without discussion. While it is unclear what plans he had for the song, one thing is certain – Taemin felt upset at his hard work being undermined by the use of “CRIMINAL” in such a situation.

Fans are outraged at the situation and at the company for catching Taemin unaware and making him upset. Some have even taken to asking other fans to alert SM Entertainment of the situation to take rectifying steps. 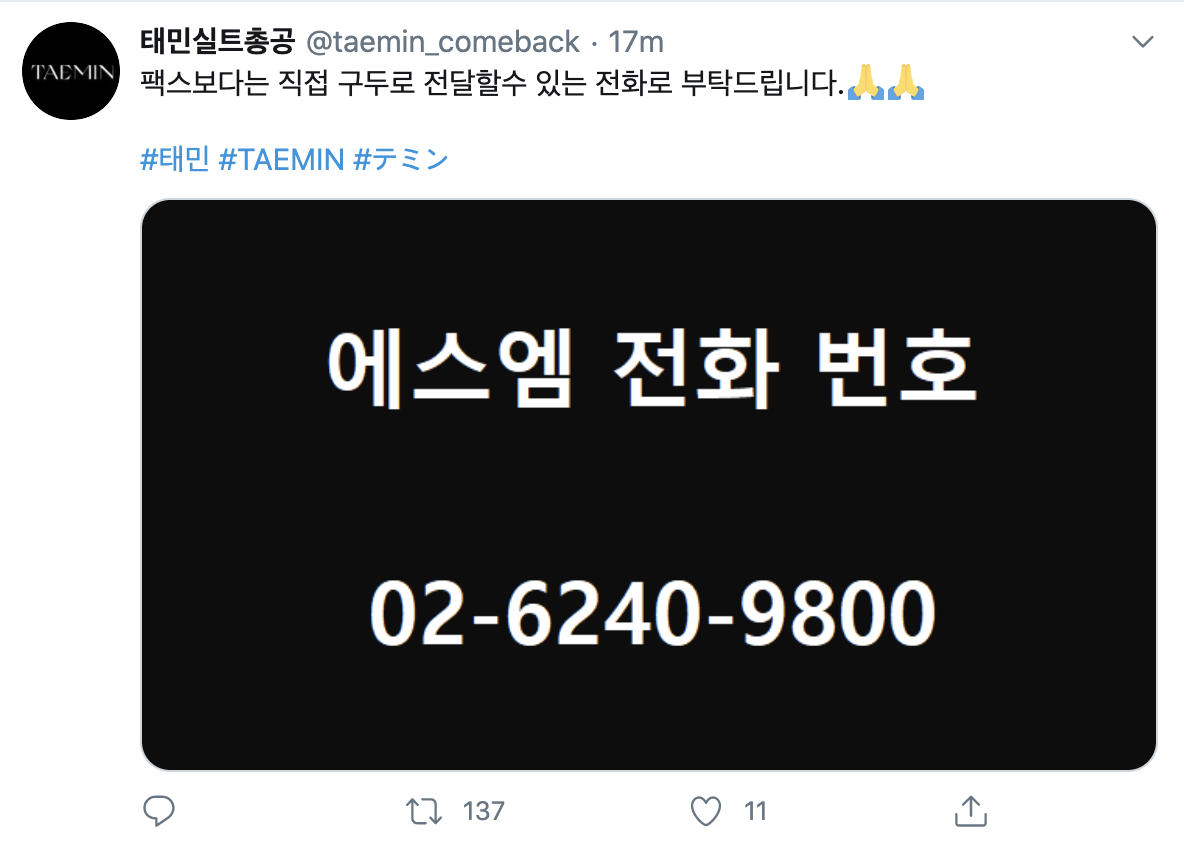 Others are requesting for all other clips fans may have recorded from the released video episode to be taken down immediately, while they contact the company to make necessary changes to the episode.

Everyone please delete any clips or snippets you might’ve posted that had the intro song in Rare Taem. Also tell any fellow shawols you know that posted it to delete it as well.

Let’s show our respect for Taemin’s hard work and do our best to contain the leak????

If you’ve yet to check out his latest comeback teaser, the album concept can be seen in this concept trailer below!