SHINee appeared as guests on MBC’s “Radio Star,” and they shared their thoughts on promoting as a group following the passing of member Jonghyun last December.

In the May 30 episode, MC Yoon Jong Shin said to SHINee, “There recently was a sad incident. While promoting, you became a group with four members. I heard that you hesitated about appearing on ‘Radio Star.’”

Minho said, “We worried about doing shows in general. There are parts of variety shows where you have to do it in a fun way, so I wondered if this was the right thing to do. I also wondered if it was okay to release an album and to promote. As time gradually passed, we recollected ourselves and talked about the future, and I think our emotions settled down.”

Taemin explained, “It happened at a point when my personality was changing [to be more outgoing]. I became ambitious about my solo activities, and it was right at that point when I realized that my members are really great.” He became teared up as he talked, and then said he wouldn’t be able to continue. 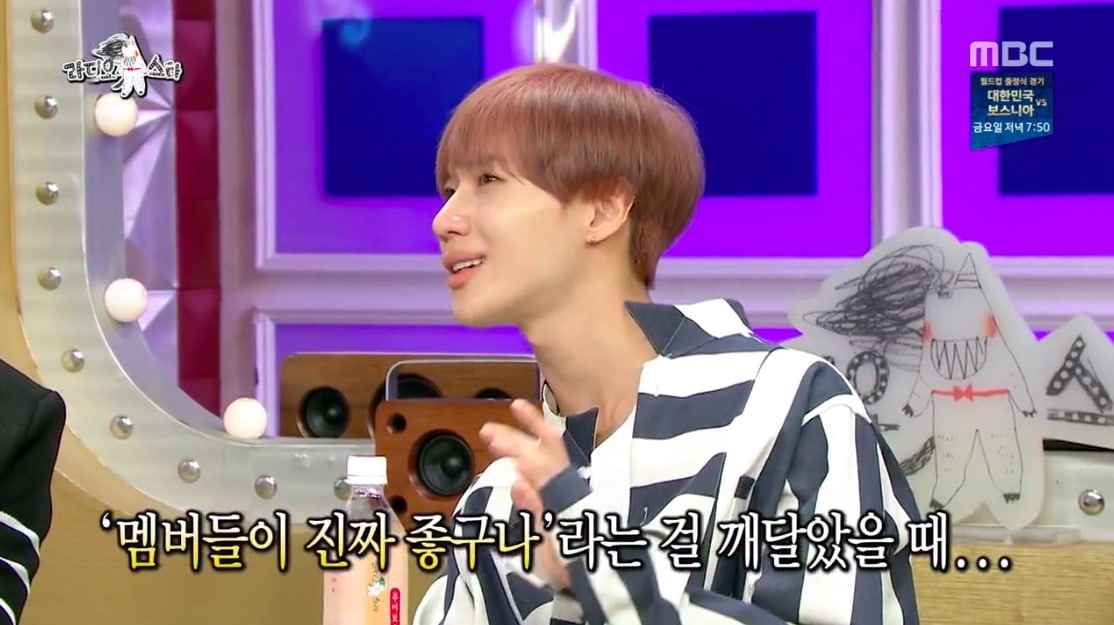 When Onew was asked about how it was said that he’d received counseling because he wasn’t able to cry, Onew replied, “It was like that at first. I thought that I shouldn’t cry.” He then became tearful, and the hosts told him that he didn’t need to talk about anything that brought up sad thoughts, so Onew nodded and apologized. 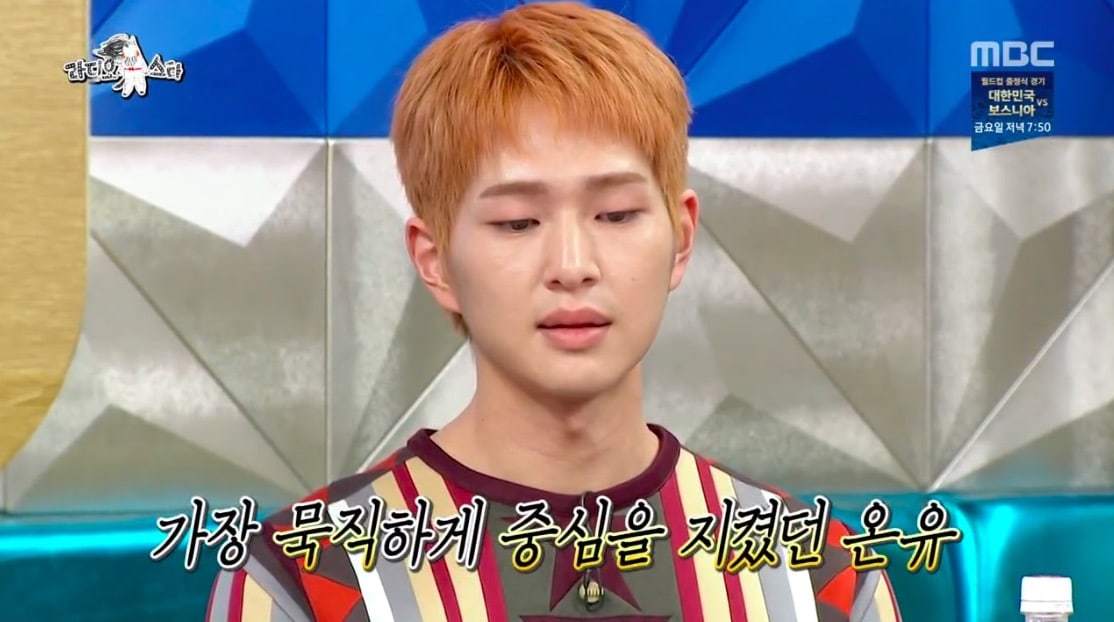 Key said, “After it happened, I received counseling and treatment for post-traumatic stress disorder. There’s a reason why we decided to hold the concert in Japan and appear on ‘Radio Star.’ We couldn’t see that as a cause of our collapse, and although the expression ‘overcoming’ isn’t right either, we wanted to acknowledge it and in order for us to promote, we thought that it should be something we address first instead of someone else talking about it.”

He continued, “After it first happened, it was so hard when I went out and people asked, ‘Are you okay?’ So I wrote on my social media account asking people to treat me as they normally do so that I could return to my normal life.” 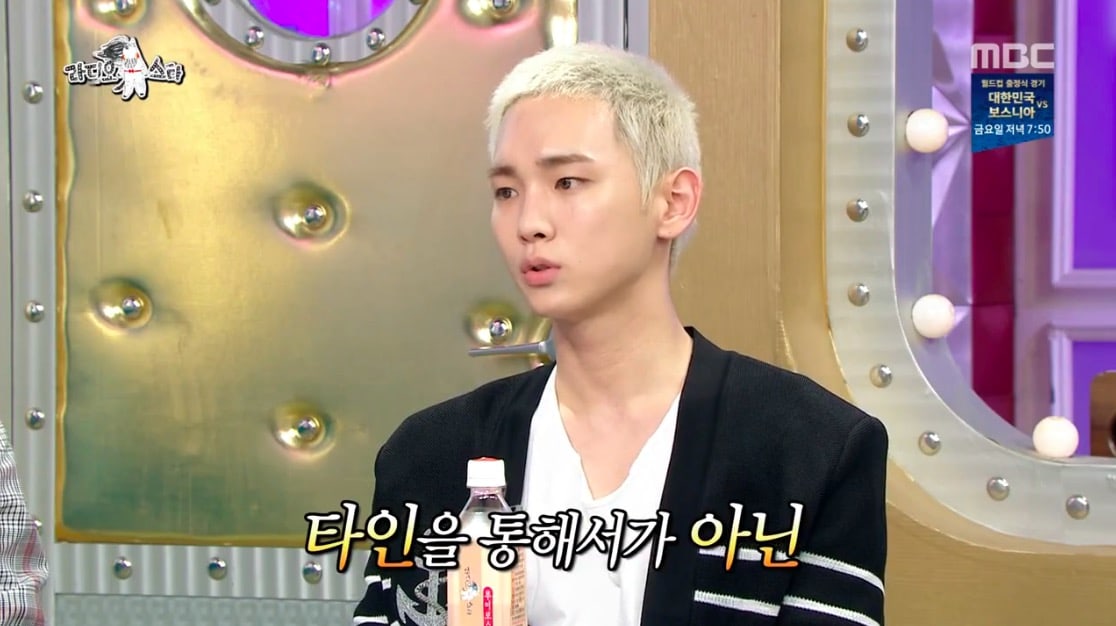 When asked about their concert in Japan, Key said, “We held a Tokyo Dome concert for [Jonghyun] hyung and for the fans. We wanted to send him off together to a good place while missing him.” He explained that the venue had been booked a year earlier for all five members.

“I never imagined that there would be bad things said about that,” he went on to say. “There were comments posted too. They said that we were using a sad event as marketing. I hated hearing that so much.”

Taemin said, “I always sought to show something good for others, but I now want to do it for us. We worked together for so long and the result was that if we didn’t overcome this then our members would separate, and we didn’t want that, so we decided we had to try to overcome it. It was the same with the album.”

Minho added, “I don’t think that everything will be okay. But when we perform or when our music plays, I think we’ll be able to have strength and enjoy it while doing well if you think that it’s not just the four of us, but all of us doing it together. We couldn’t not talk about it on today’s broadcast, but there are some parts that we wanted to address, like Key said. It’s not that everything is okay, but we’re going to work hard while promoting, and we hope you’ll watch over us.” 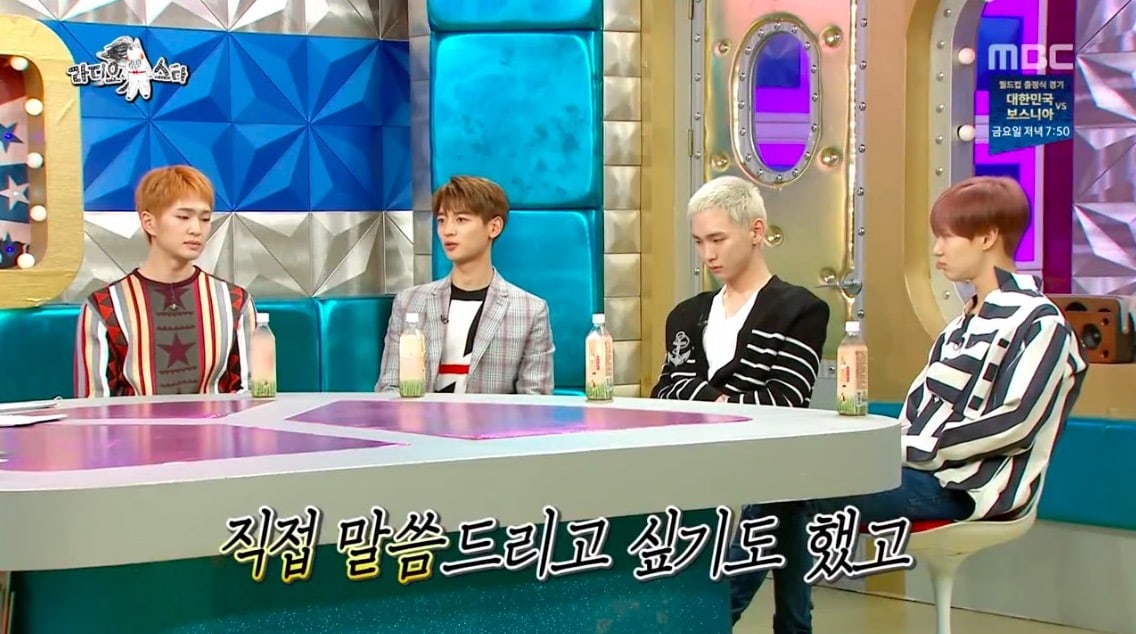 SHINee released their mini album “‘The Story of Light’ Ep. 1” and MV for title track “Good Evening” on May 28.