At midnight KST, SHINee’s official social media accounts posted in honor of the late artist’s birthday. Many fans decided to honor his memory by also posting sweet and loving messages, photos, and video clips, so that “Happy birthday Jonghyun” (in Korean) became a trending topic on Twitter worldwide. 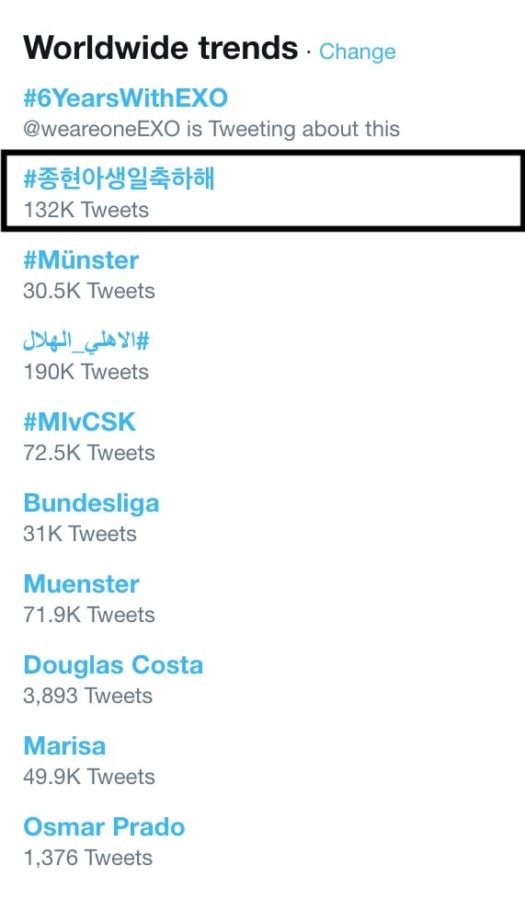