SHINee’s Jonghyun made a guest appearance on MBC FM4U’s “Kim Shin Young’s Hope Song at Noon” on April 26 and opened up about being back on a MBC radio station for the first time in three weeks. 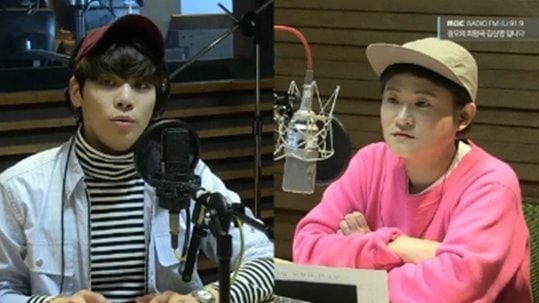 On April 2, Jonghyun said farewell to his show, “Blue Night” after being the DJ for three years and four months. Regarding this, the idol said, “This is my first time back at the MBC Radio center in three weeks. The first thing I did was check to see if my entrance pass still worked. I wondered if they had cut my access off as soon as I had left my show. But it still works. I got a little emotional when I saw the light turn green.”

He also added that since leaving his show, he has never left his house after midnight. Jonghyun stated, “I heard that sleeping before midnight is good for your health. Now that I sleep earlier, I also wake up earlier. Today, I woke up at 7:30 a.m.. I’ve been meeting a specialist to better my sleeping habits.” 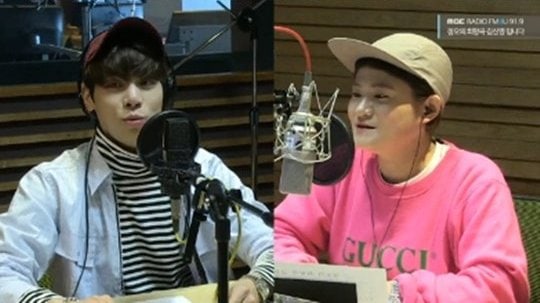 Jonghyun also talked about his new solo title track, “Lonely,” which features Girls’ Generation’s Taeyeon. He stated, “It was a song that was perfect for her. I wanted to take the aura that she has, where she’s a bright and happy person with a sensitive and lonely side as well, and put that in the lyrics. I thought of her while I was writing the lyrics and melody.”

He also thanked Taeyeon for agreeing to feature in the song and said, “I felt bad about asking her for this big favor. Her part is quite big, and it could have been a bit too much to ask for, but I’m grateful that she was more than happy to work with me.”