SHINee’s Key has proven to be a top-notch entertainer once again!

On the November 29 broadcast of SBS PowerFM’s “2 O’Clock Escape Cultwo Show,” NU’EST W appeared on the show as guests, while Key joined the show as the special DJ for the day.

The first song to be played on air was SHINee’s “Lucifer.” One listener who heard this song sent a message saying, “My daughter thought that Jun Hyun Moo appeared.” During the times when Jun Hyun Moo worked as a KBS announcer, he gained attention for his hilarious dance parody of “Lucifer.”

Key burst out into laughter and joked, “Jun Hyun Moo has made a game out of other people’s songs. I don’t know why he’s like that, he’s an announcer.” 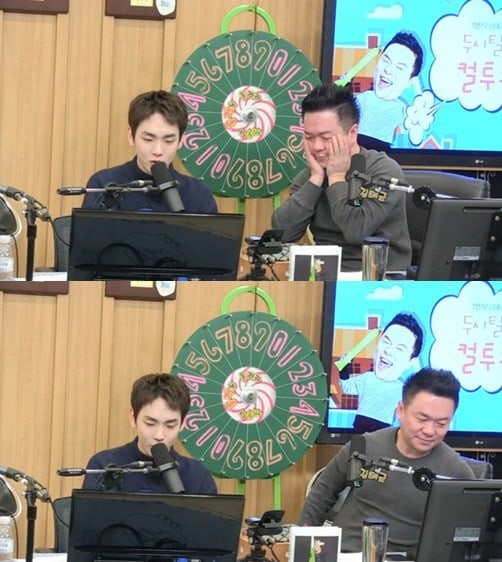 Further into the broadcast, Key remarked, “I’ve been on broadcast with JR before and we’ve met each other outside [of shows] too, so we’re very friendly.” When DJ Kim Tae Gyun asked, “Are you guys of similar age?” Key responded, “No, we’re not,” drawing laughter from everyone on set.

When Kim Tae Gyun asked JR if he felt uncomfortable by Key, JR responded, “Not at all. I really like him. I like the fact that I can call him hyung. I don’t really know many people in the music industry, so it gives me strength.” 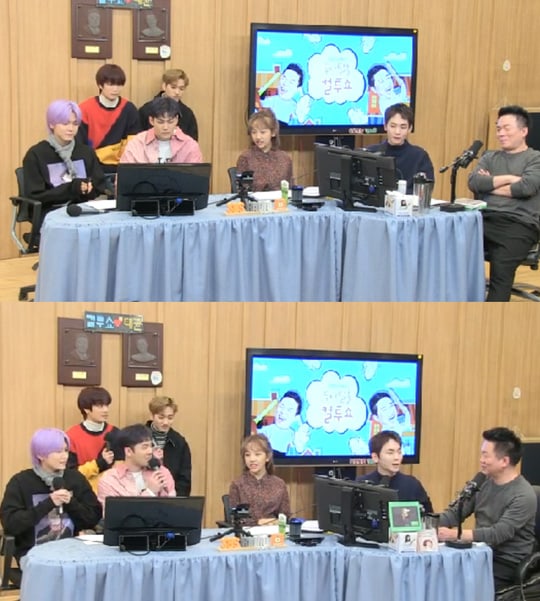