SHINee’s Key, who just made his solo debut with “Forever Yours” featuring Soyou, appeared on the November 6 broadcast of SBS’s “Night of Real Entertainment” to talk about winning the costume contest at SM’s Halloween party.

Key dressed up as Voldemort from the Harry Potter series, and though he was not able to attend the party due to a previous engagement, he sent a cardboard cutout of himself along with Onew.

Explaining how he did the costume, Key said, “I got some advice from Park Na Rae, and her costume team did it for me.” 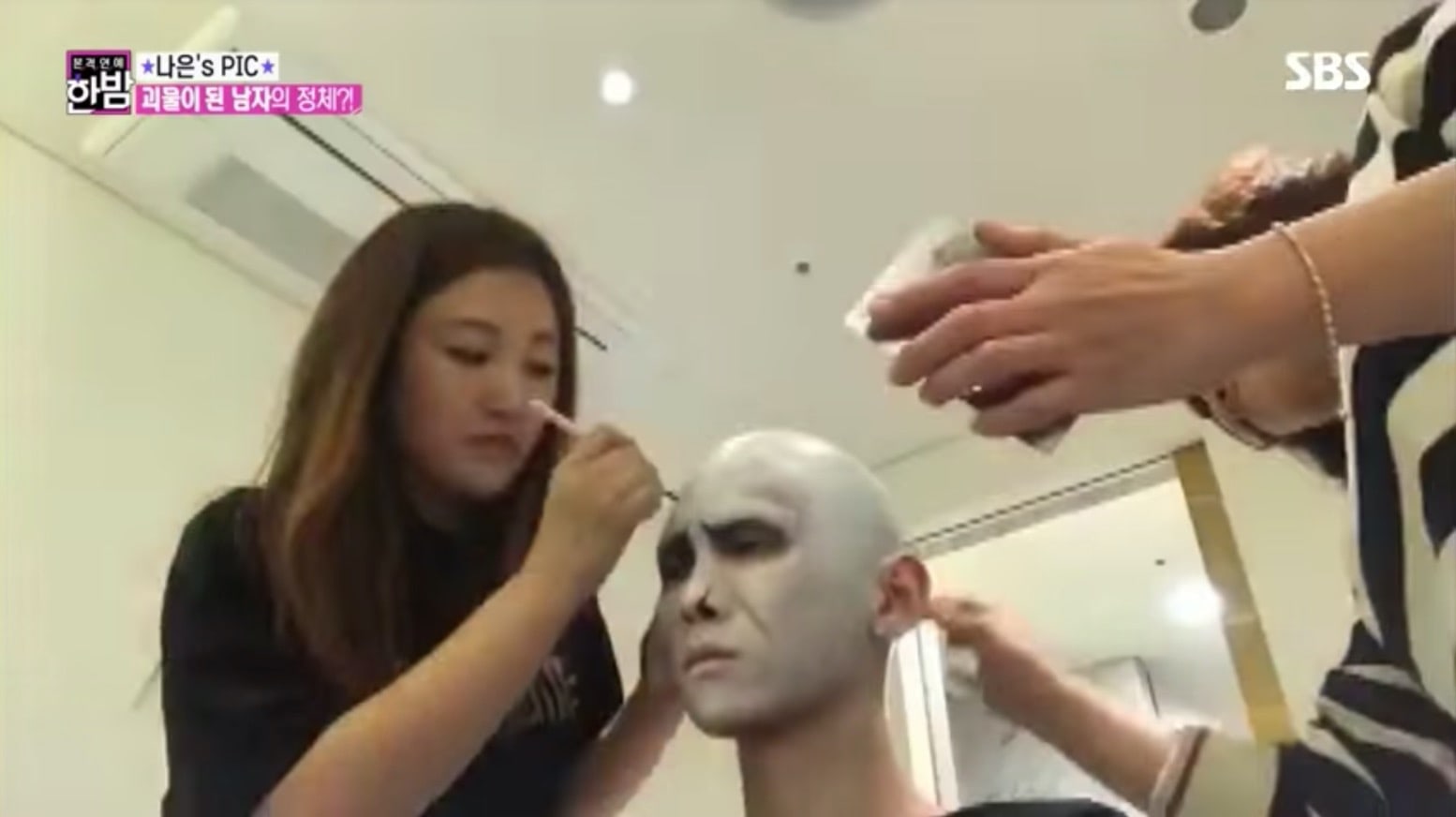 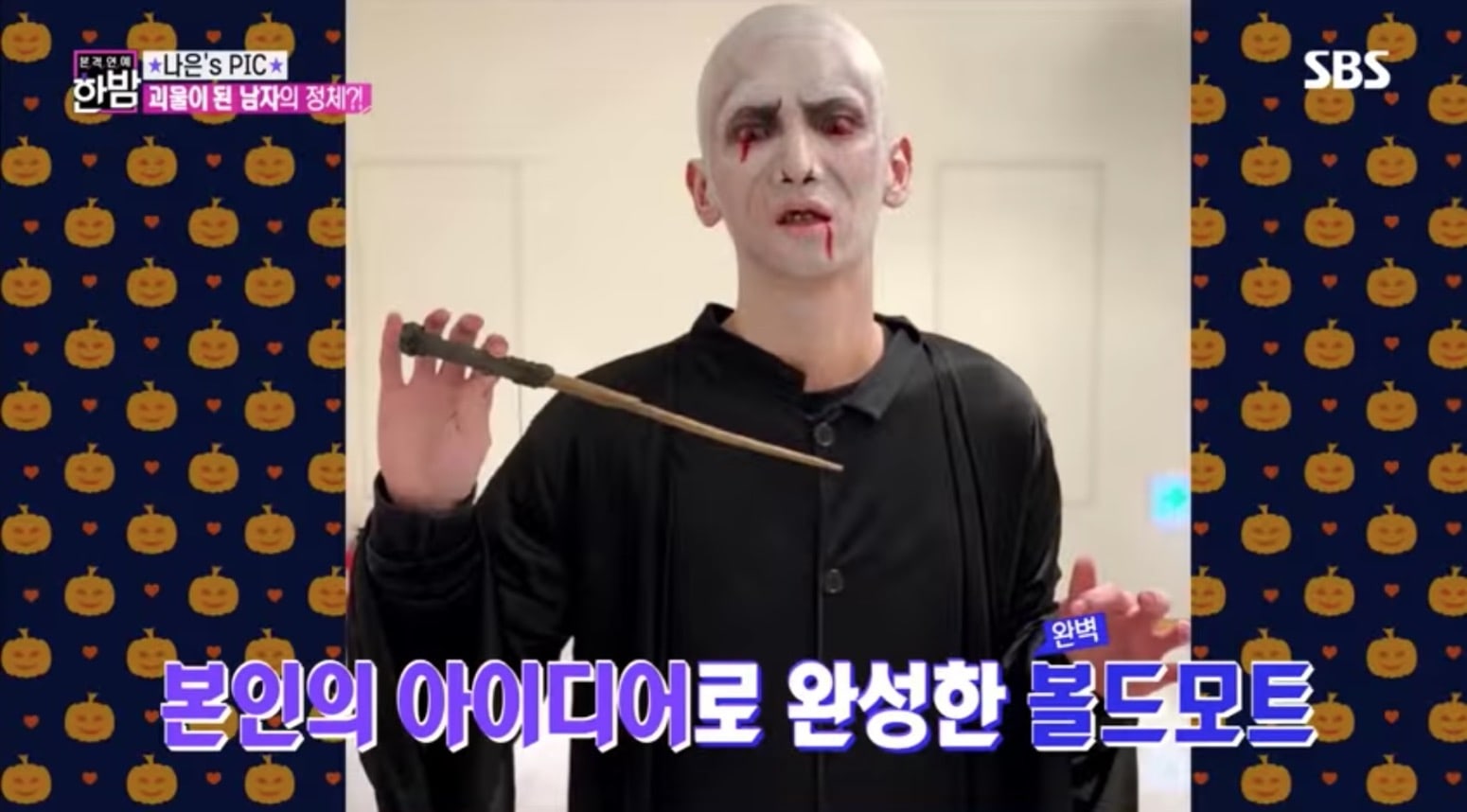 When asked why he puts so much effort into his costumes year after year, Key said, “At first it was for fun, and part of it was pure determination to win because I didn’t win [last time]. And there’s a certain confidence you gain when you’re in costume, like you’ve become someone else. It’s also a big topic of discussion every year.”

Key thanked everyone for all their interest in him every year when November comes around. “I’ll become someone who always brings you happiness. I’m always thankful, and I love you. Thank you.” 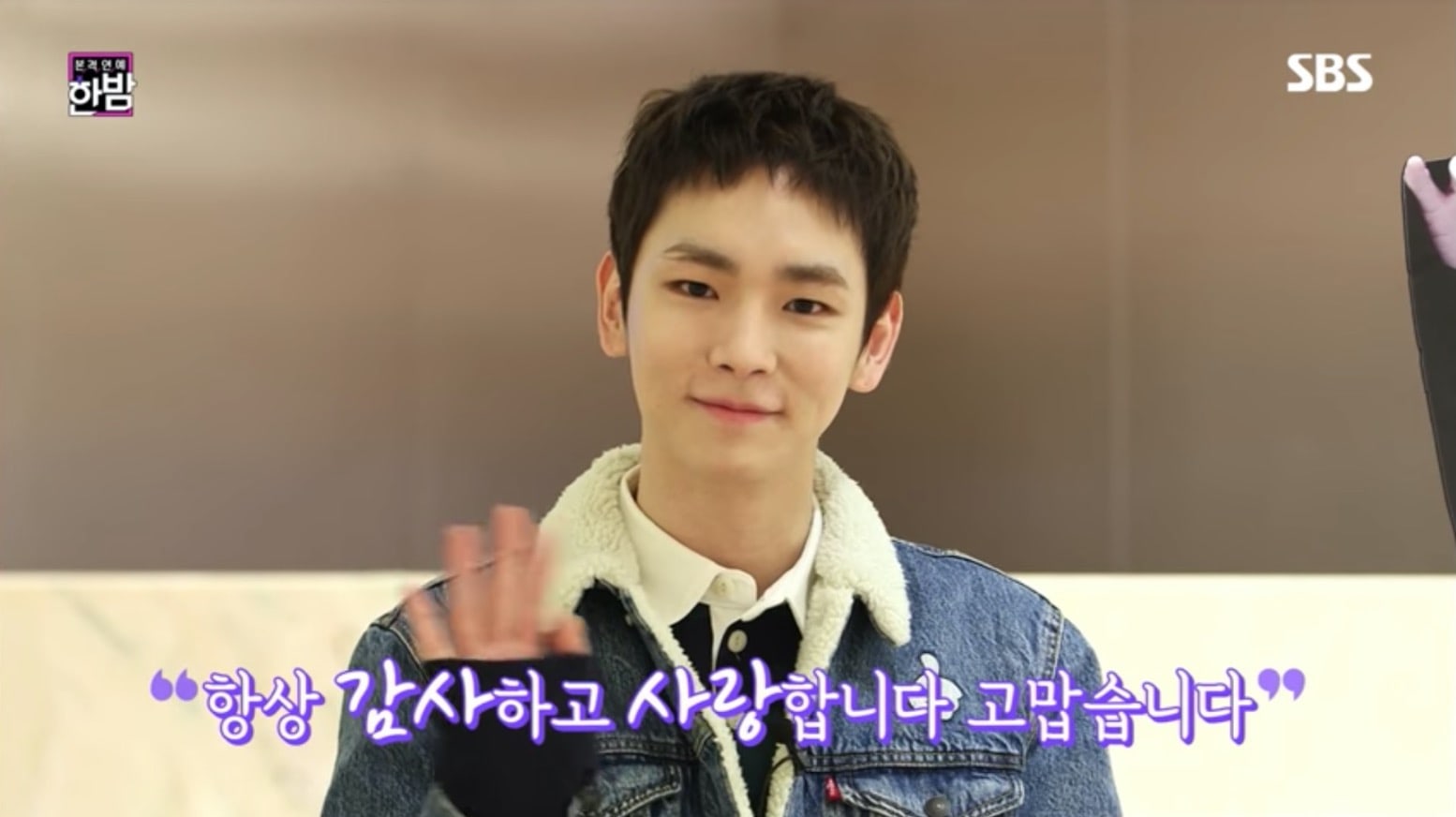