Gaon Chart has revealed its chart rankings for the week of February 10 to February 16!

SHINee’s Taemin, MAMAMOO’s Hwasa, and Woody took No. 1 on this week’s charts, with Hwasa and Woody topping two charts each.

Not only did SHINee’s Taemin top this week’s physical album chart with his new solo mini album “WANT,” but the Kihno version of the mini album also charted separately at No. 3. 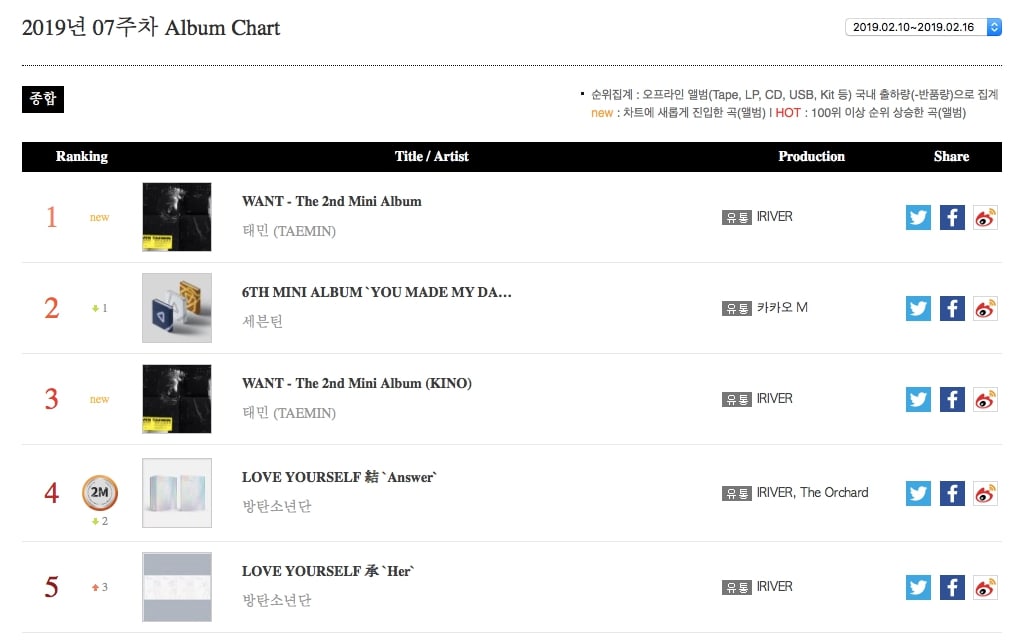 Meanwhile, MAMAMOO’s Hwasa topped both the digital download chart and the social chart this week with her solo debut track “TWIT.” JYP Entertainment’s new girl group ITZY also made a strong debut on the download chart with “DALLA DALLA,” while Taemin’s new solo track “WANT” entered the chart at No. 3.

Woody’s “Fire Up” took No. 4 for the week, followed by Loco and Zion.T’s new collaboration “It’s Been a While” at No. 5. 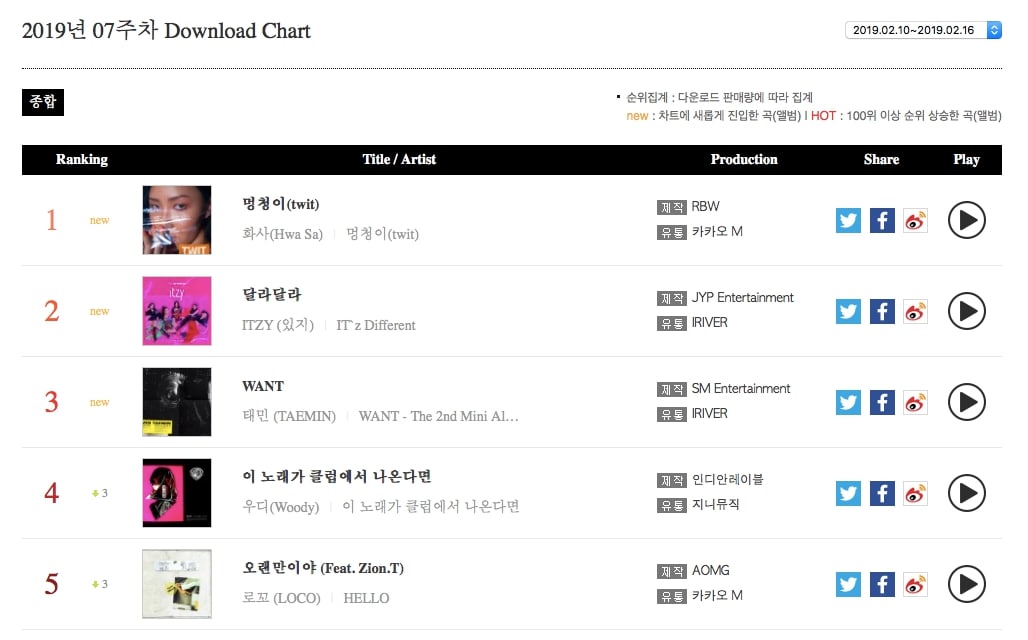 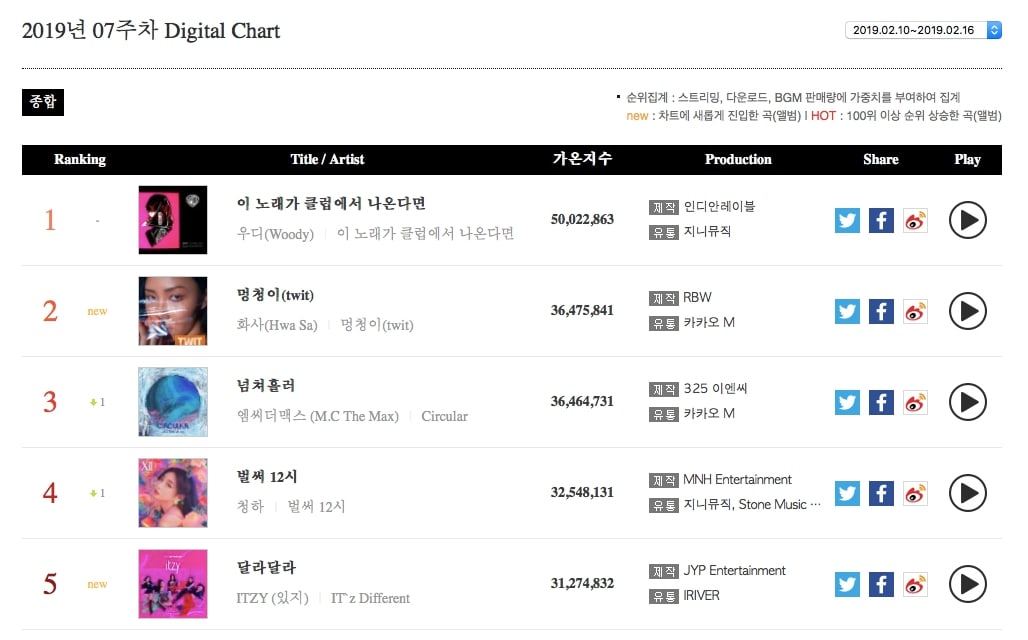 MC the Max’s “After You’ve Gone” charted at No. 2 on the streaming chart, followed by Chungha’s “Gotta Go” at No. 3. Lee Sora and BTS’ Suga’s collaboration “Song Request” took No. 4 for the week, with Hwasa’s “TWIT” rounding out the top five. 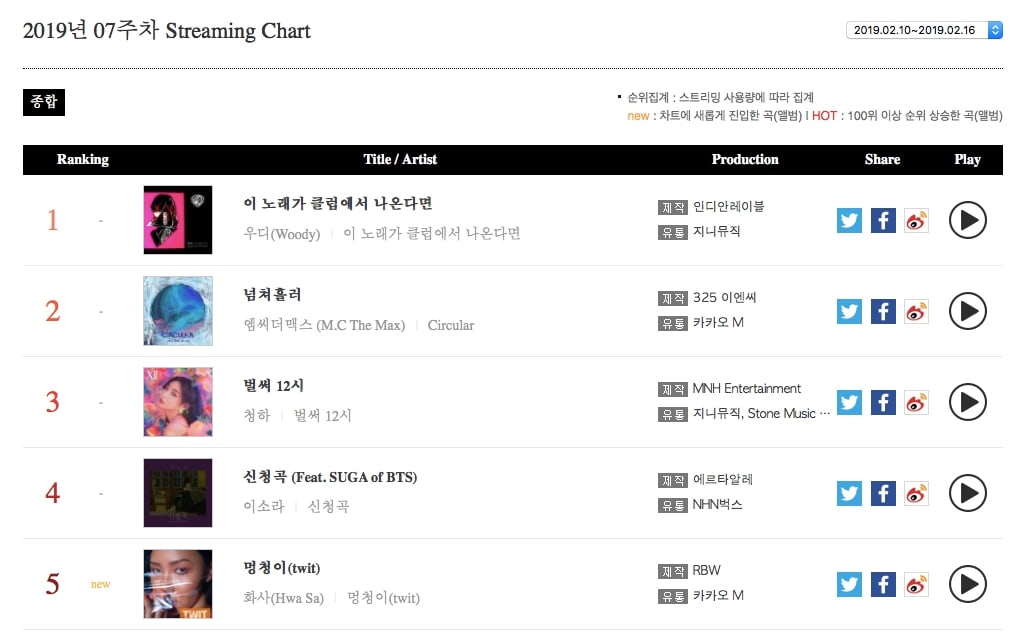 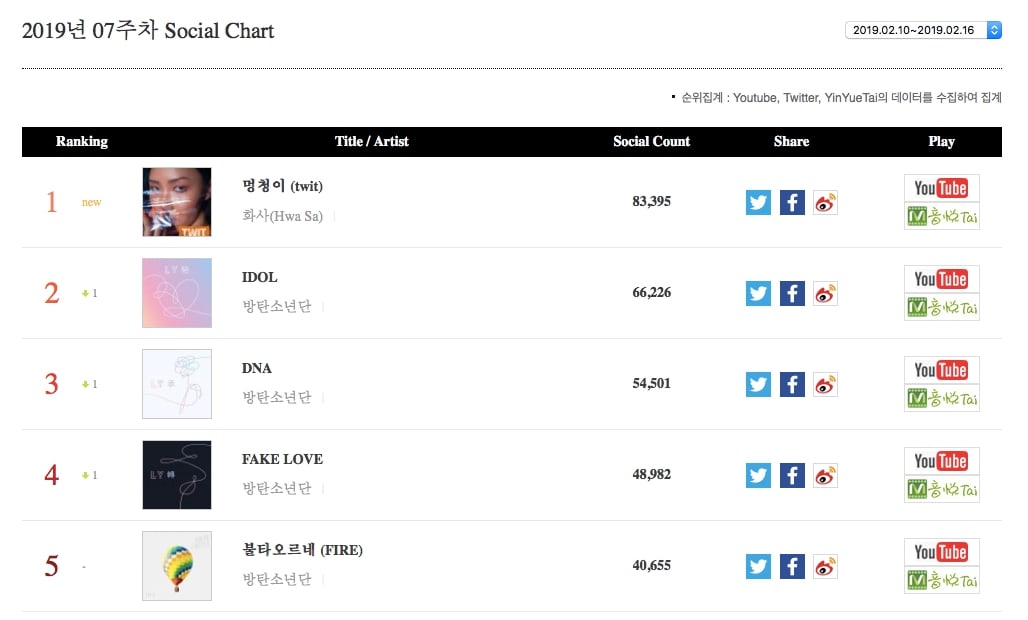