On December 7, Taemin was a guest for SBS LoveFM’s “Song Eun Yi and Kim Sook’s Unni’s Radio.” When asked whether he had someone he wanted to show off to others, Taemin said, “I want to brag about member Jonghyun.”

He continued, “While rehearsing yesterday, I heard that Jonghyun was also preparing for his concert, so I thought I would cheer him on and go check on him. I watched him rehearsing live. I never really noticed it when we we’re in a group together, but he’s such a professional.” 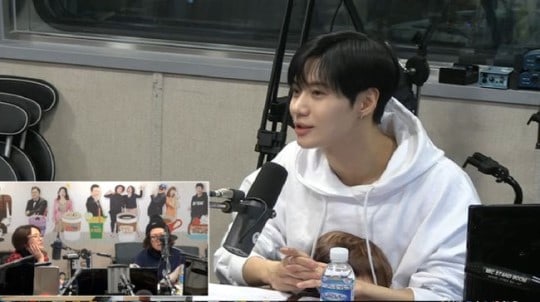 Taemin also shared that he will be coming back with his own composition as the title track. He commented, “There is a lot of pressure. I came to worry about my company, because if [the song] is not successful, it will be my fault.”

Taemin will be releasing his new track “Day and Night” from his repackaged album “MOVE-ing” on December 8.