Shinhwa shared their opinion on which of their dances choreographed by Minwoo was the best.

The April 9 episode of MBC’s “Section TV” revealed that Shinhwa were the first “beast-like idols.” While the other veteran boy groups, such as H.O.T and SECHSKIES, focused on the pretty boy image, Shinhwa was uniquely the only group to appeal their manly sides at the time.

Kim Dong Wan praised Lee Minwoo who choreographed their dances, saying, “Even to this day, Minwoo organizes the performances. He knows all six of our personalities and knows where to put us on stage. He’s been doing that for nearly 20 years, so it’s very amazing.” Then he added, “People usually do that on things like their iPad nowadays, but he draws them.”

When asked which of Lee Minwoo’s choreography was the best, Jun Jin chose the dance for “Wild Eyes.” The dance, which involves chairs, was made in 20 minutes for Shin Hye Sung who had a leg injury back then. 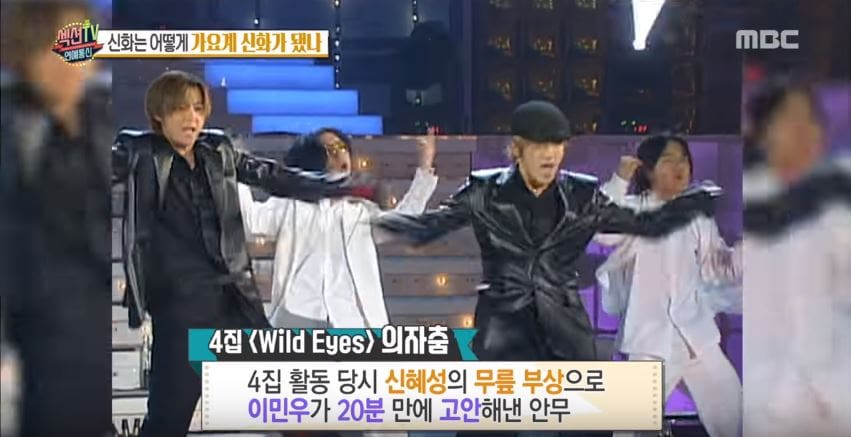 The reporter Park Seul Gi commented that many people made covers for this dance, and Jun Jin joked that it was done so many times to the point that he got offended. Lee Min Woo added, “It’s because they’re better [at the dance] than we are.” Kim Dong Wan said, “They’re so good, but they’re not fermented [mature] like we are. We’re kind of like yogurt.”

Park Seul Gi asked Lee Min Woo who he thought performed his choreography the best, and he didn’t hesitate to pick himself. Jun Jin agreed, saying, “That’s because he made it himself.”

Update: This article has been edited to correct a misspelling of Kim Dong Wan’s name.