Shinhwa’s Eric is determined to stay away from cigarettes.

On April 28, he shared about his recent decision to quit smoking via Naver’s V app. On this day, fellow member Kim Dong Wan visited the set of Eric’s latest drama “Oh Hae Young Again” with a coffee truck.

While giving fans a tour of the drama set, Eric surprisingly revealed, “I’m a nonsmoker, so I don’t care about the designated smoking areas.”

He then explained to Kim Dong Wan, “I’ve quit smoking. It’s been two days. It doesn’t matter whether it’s been a day or two — I’ve quit smoking for good,” suggesting he’s determined to make a lasting change in his lifestyle habits. 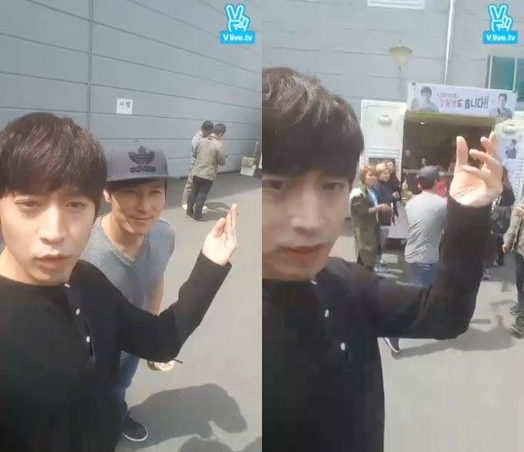