In a video posted to her YouTube account on September 6, streamer Jina Kim revealed to her friend KyungHa that she was in a relationship with an unnamed K-Pop idol for a year and shared why she doesn’t recommend others do the same.

KyungHa reacted with shock when Jina revealed she previously dated an idol, and that it was her first long-term relationship. 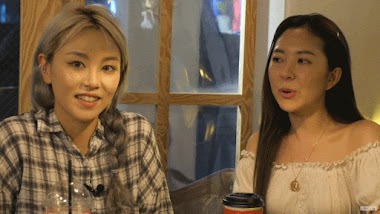 KyungHa really wanted to know who it was, but Jina didn’t want to share publicly out of respect for her ex and his career, not wanting anything she said to unintentionally ruin his professional achievements. KyungHa wondered if that meant he didn’t treat her well, but Jina clarified that he was pretty nice compared to other ex-boyfriends. 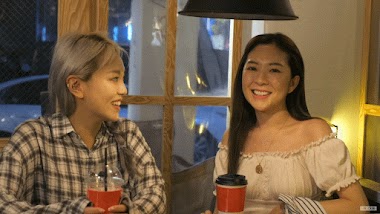 You should not date a K-Pop idol, actually. I don’t really recommend.

Although KyungHa was very excited to hear the ins and outs of dating a K-Pop idol, Jina stated that she couldn’t recommend it because they had to keep their relationship a secret and she had to hide. 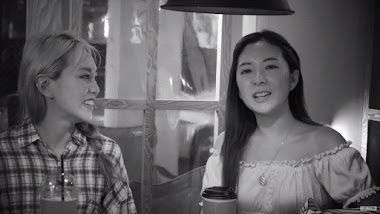 Not to be deterred, KyungHa asked the question everyone had on their mind: How did you meet? KyungHa’s reaction was all of us when Jina said she met him on Tinder! She added that although he used his real picture, this occurred before his debut while he was still a trainee. 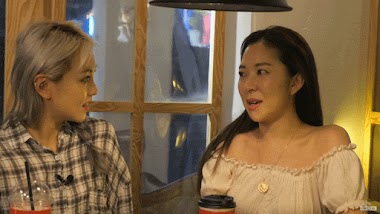 After swiping right on each other, she apparently got his attention by rapid firing “hello” to him in four different languages. 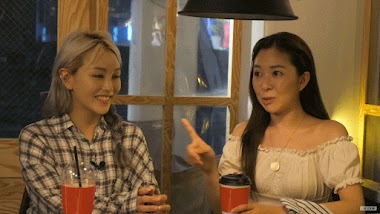 At the time he was hiding that he was a trainee of a big company. He said, ‘I’m just working.’

She shared that when she met him in person, she was so shocked to see how cute he was! She didn’t learn that he was a trainee until about three weeks into dating him. After he debuted, she was happy for him but concerned for their relationship because there would be so many rules, in addition to the fact that he would be around beautiful people all the time.

He’s super cute when he smiles. It’s like, I fell in love with him. 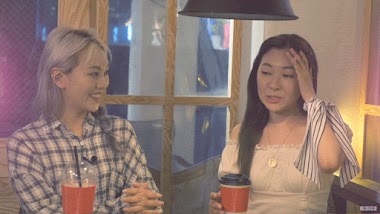 After hearing their happy memories and dating stories, KyungHa cut right to the thick of it when she asked, “Why isn’t it good to date K-Pop idols?” 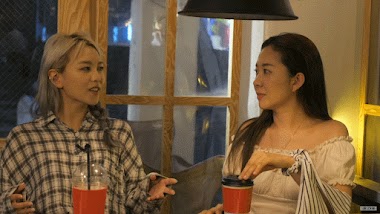 For the first few months, we were very happy, but he became very busy, of course. He said, ‘oh because of tour and because I need to practice every day.’ I met him once every two months. It’s crazy, right? I don’t know is this normal or not, and I asked my other K-Pop friends and they said, ‘no, it’s not normal.’

It turned out that after debuting, he wasn’t making their relationship a priority. Although he told Jina he was very busy with practice, she could see on his Instagram account that he was making time to meet up with friends. It got to the point where she decided to go to his dorm and asked him if he would be able to meet with her for five minutes, to which he replied that he couldn’t because there might be paparazzi or his fans around.

I was basically a shadow of him… Like an online girlfriend. We used to message and text and call, but I didn’t meet him that often, so whenever I met him I felt like, ‘this is very new.’ 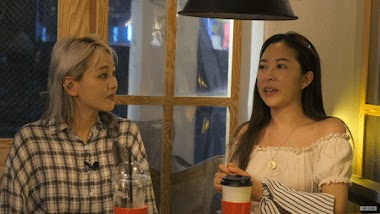 Despite this, she couldn’t bring herself to break up with him because she loved him so much. So, she decided to support his dream by attending all of his concerts and showcases although he didn’t recognize her in the crowd.

I felt like, ‘am I his girlfriend or am I his fan or something?’ I was very confused. I felt like he didn’t love me that much. 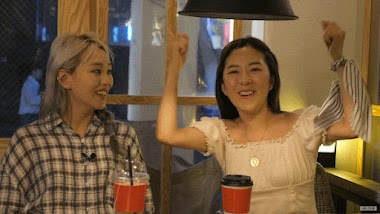 In a more shocking moment, she revealed that he would re-gift presents from fans to her! A Chinese fan had sent him a luxury brand wallet, she said that he told her he didn’t know whether it was real or fake but if she wanted it, she could have it.

Fans, do not give gift to your idols, okay? Because I got so many gifts from him that were from his fans. 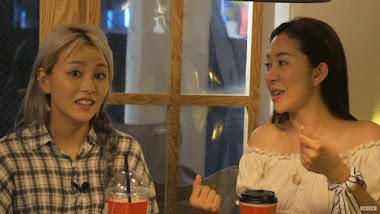 He would also text her and brag about when he was at parties hanging out with beautiful female idols. 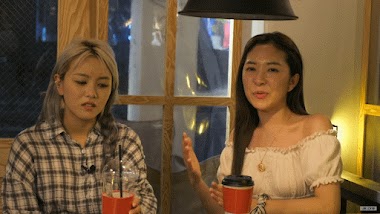 Also, because he was a celebrity, whenever they were able to meet up, he would send her out to pick up the food to bring back to the motel. All of these things had Jina feeling pretty down, so she would meet up with her friends to drink every day and would often find herself crying. 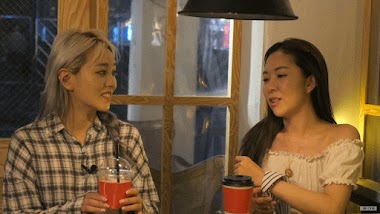 Despite never having bragged about their relationship, not even posting any hints about it on her social media account, his agency somehow found out about their relationship. He called her up out of the blue one day and said, “I think I need to break up with you.” She let him know that she was out with her friends at the time, but suggested they talk about it later, which upset him as he began to tell her how serious the situation was and that the agency was taking away his phone so he wouldn’t call her again.

The worst thing is that even after breaking up, you still have to see them on TV. 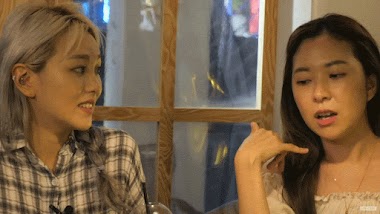 There’s some dream to date a model or handsome K-Pop idols, but maybe, in looking from the distance it looks so good like an ideal dream. But, actually, if you look into it, it’s not that easy.

So, there you have it. Dating a K-Pop idol is difficult mentally and emotionally because of their celebrity and the need for secrecy around your relationship, and unfortunately, if the relationship doesn’t work out because he’s just not that into you, you’ll still have to see his face everywhere, in ads and on TV!

9 Looks From BTS That Need To Make A Comeback