On September 5, the two rappers appeared as guests on JTBC’s “Let’s Eat Dinner Together.”

When Kang Ho Dong said, “I heard that you guys fought,” Jay Park replied, “There was no fighting” and Simon Dominic added, “We’re really peaceful.”

Simon Dominic explained, “I was the co-CEO of AOMG with Jay Park, but I recently resigned from the leadership position. I went from owner to artist. It wasn’t because there was an issue of money. While being in the leadership position, it felt like I became lazy about music and was lacking drive. I did it in order to return to the beginning.”

Jay Park commented, “He also recently released the track ‘Me No Jay Park.’ Since my name is in the title of the track, people thought, ‘Is this a diss track? Are they on bad terms? Is he leaving AOMG?’ But in reality, our agency family members are doing well.” 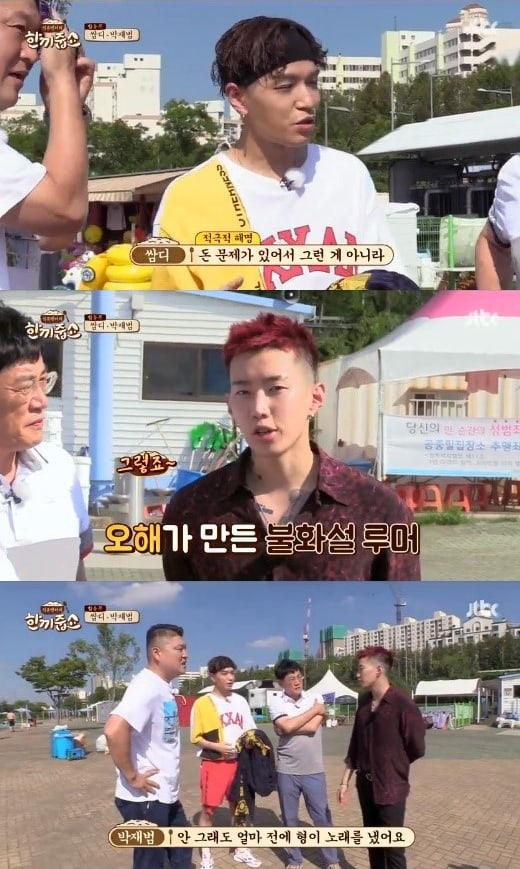