On April 25, singer Park Ji Min sat down for an interview on the radio broadcast of MBC FM4U’s “2 O’clock Date.”

When radio DJ Park Kyung Lim asks who she thinks is the most creative person, Park Ji Min answers, “I think Producer Park Jin Young is. He is just so unique and innovative. You can tell by his lyrics.”

“I truly admire him,” she adds. “I often find myself surprised when I listen to his songs.”

Meanwhile, Park Ji Min joined JYP Entertainment in 2012 after winning first place in the survival show, “K-Pop Star.” Since then, she has actively performed as a member of 15& with Baek Yerin as well as making a solo debut in 2015. She has also starred as one of the main MCs for Arirang’s “After School Club” along with Eric Nam and U KISS‘s Kevin. 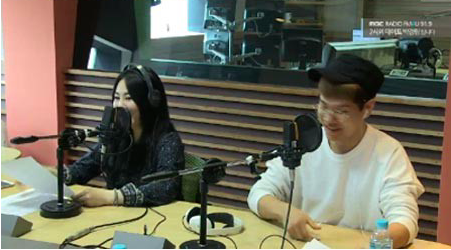