Singer Song Ha Yea made an appearance on the November 19th episode of SBS Plus‘s You Can Tell Unnie and it was here that she shared some heartbreaking confessions. 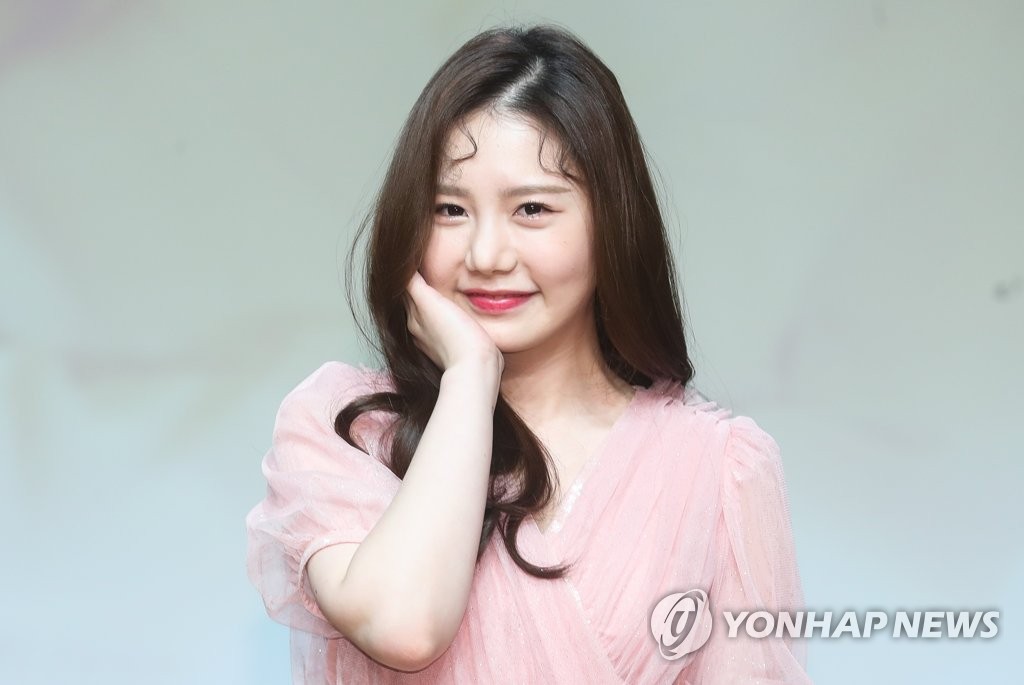 Earlier this year, Song Ha Yea’s song “Your Regards” was released and it quickly garnered a lot of attention. It immediately charted first place and was ranking number #1 on every Korean search engine. However, the singer revealed that this is when her own “personal hell started” with chart manipulation allegations. She received an overwhelming amount of hate due to these accusations. It was after this experience that the singer realized how traumatized she is. 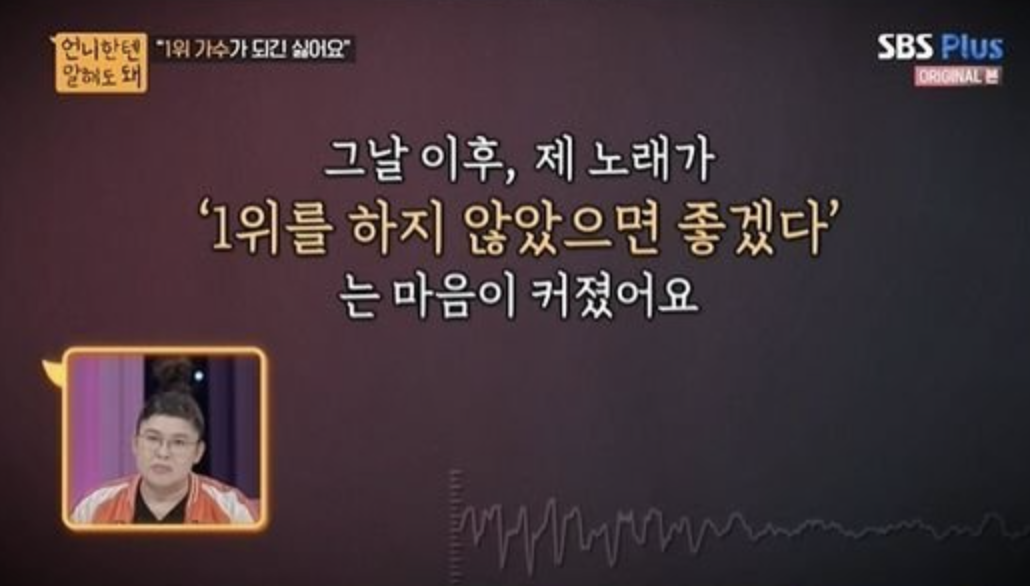 After that experience, I would always think to myself ‘I hope my song doesn’t get number 1’ and that desire continued to grow. 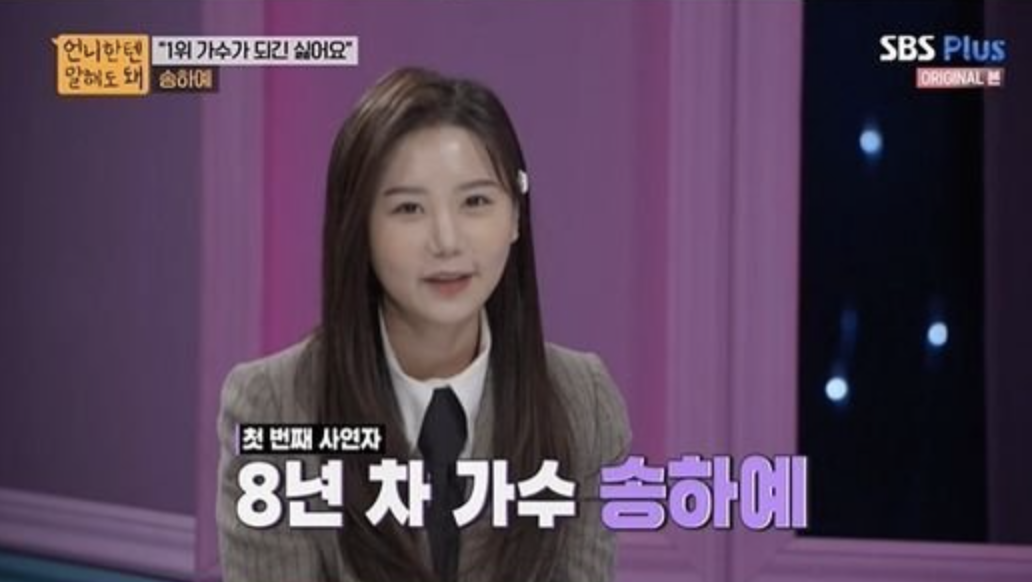 It’s been revealed that Song Ha Yea has been active as a singer for 8 years now. Although she’s been active for 8 years, she’s been anonymous for 6 of those years due to her not gaining recognition. One would assume that garnering any type of attention would be welcomed by someone who wants to be famous. However, she shared that although it’s always been her dream to be a singer, due to her fear of hate comments, it never brought her happiness. 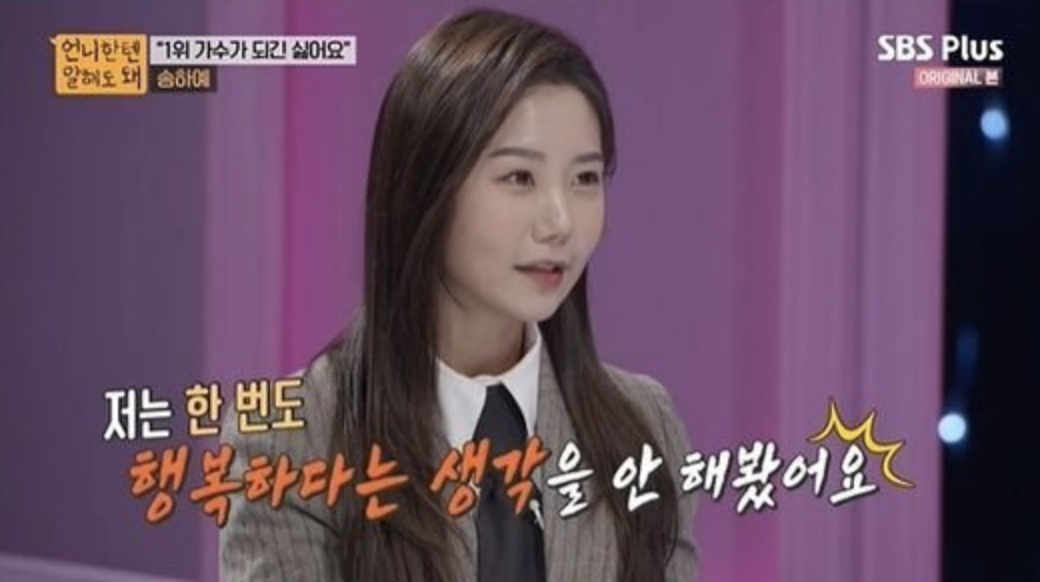 I’ve never thought that I was happy, not even once.

She continued on with her heartbreaking revelations. She revealed that she feared the hate comments so much, that she would panic thinking about what would happen if her songs charted well on music sites. So instead of wishing for first place, she wished for the opposite of what everyone else wanted, she wanted her songs to do poorly. 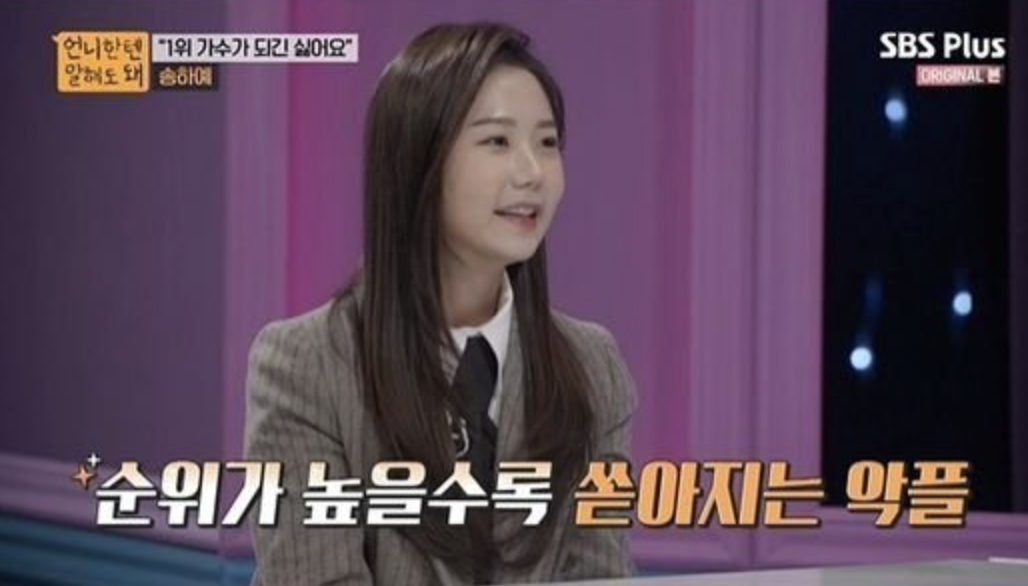 The higher my songs ranked, the harsher the hate comments got.

She revealed that her first mini-album “Happy”, that was released only last month, barely made it into the top 100 and she couldn’t have been happier. She was fearful of what the outcome would be if her album did do well on the charts. 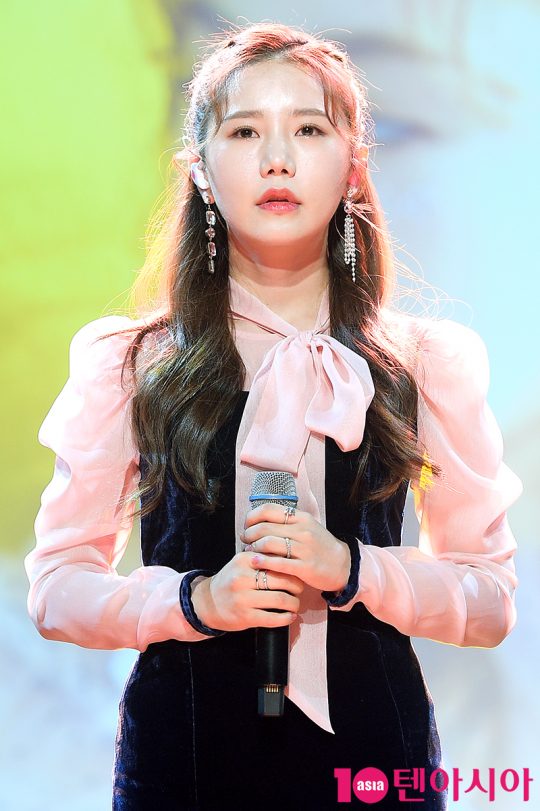 Song Ha Yea is not the first celebrity to have their share of hate comments, but no singer should ever wish that their songs do poorly because of malicious commenters. She is a sobering reminder of how impactful and traumatizing netizens’ words can be.