Romance might be in the air for this couple from “SKY Castle”!

On February 2, JTBC aired a special episode following the finale with interviews and behind-the-scenes footage of the cast.

Jo Jae Yoon told the special episode hosts, “Kim Byung Chul and I are same-aged friends, so I casually asked him what he thought of Yoon Se Ah. Kim Byung Chul replied, ‘I like her.’” Yoon Se Ah, however, did not respond to this surprising confession.

According to the making-of footage, Kim Byul Chul and Yoon Se Ah were friendly since the day of the script reading. While filming an introduction video for viewers, she asked for a cuter greeting, and he obliged with adorable gestures. Before shooting a scene of the book club, Yoon Se Ah also called her on-screen husband cute and copied his gestures.

The most surprising part was behind-the-scenes footage of Yoon Se Ah saying, “Your lips are similar to my dad’s,” then touching Kim Byung Chul’s lips. She then told him, “Word is spreading that you’re handsome.” He also took care of her on set by turning the portable heater towards Yoon Se Ah. 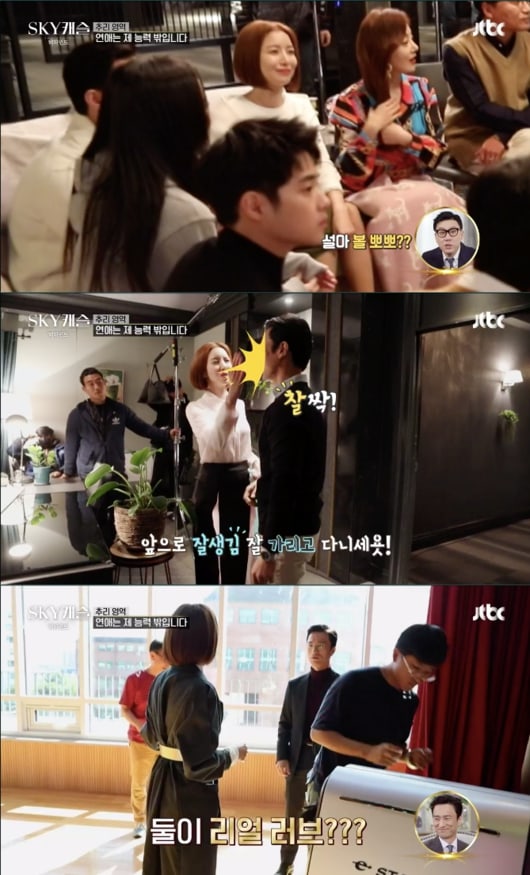 Back at the studio, Yoon Se Ah told the story of Kim Byung Chul’s sweet gestures on her birthday. “It was my birthday during the filming [of the drama],” said the actress. “He changed the password of our safe to my birthday 0101. He then called me to wish me a happy birthday, and I asked him to sing me a song.”

She continued, “Without a second of hesitation, he began singing ‘Happy Birthday.’ My friends happened to be at my house at the time. I really liked it.” When the hosts of the special episode asked about the specific way he addressed her while singing “Happy Birthday,” Kim Byung Chul replied, “I said, ‘Dear Yoon Se Ah.’”

Yoon Se Ah commented, “Why did you add my last name as if we are strangers?” before bursting into laughter. Jo Jae Yoon and Oh Na Ra voiced their support for a romantic relationship between Yoon Se Ah and Kim Byung Chul. 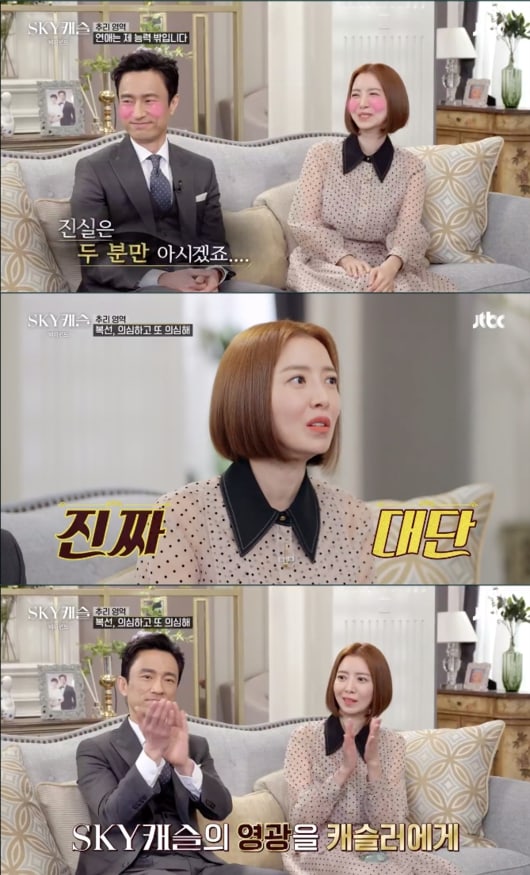 Check out the cute clip below!

“SKY Castle” aired its final episode on February 1 and will soon be available on Viki!