Back in 2017, BTS’s Jin joined the SBS show Law Of The Jungle for their episode in Kota Manado, Indonesia. Jin aired in episodes 247-255 which was from January 6-March 3 2017. He appeared on the show with other celebrities including rapper Sleepy. Jin wrote a handwritten letter to Sleepy on the last day of filming and hoped to hang out with him again. 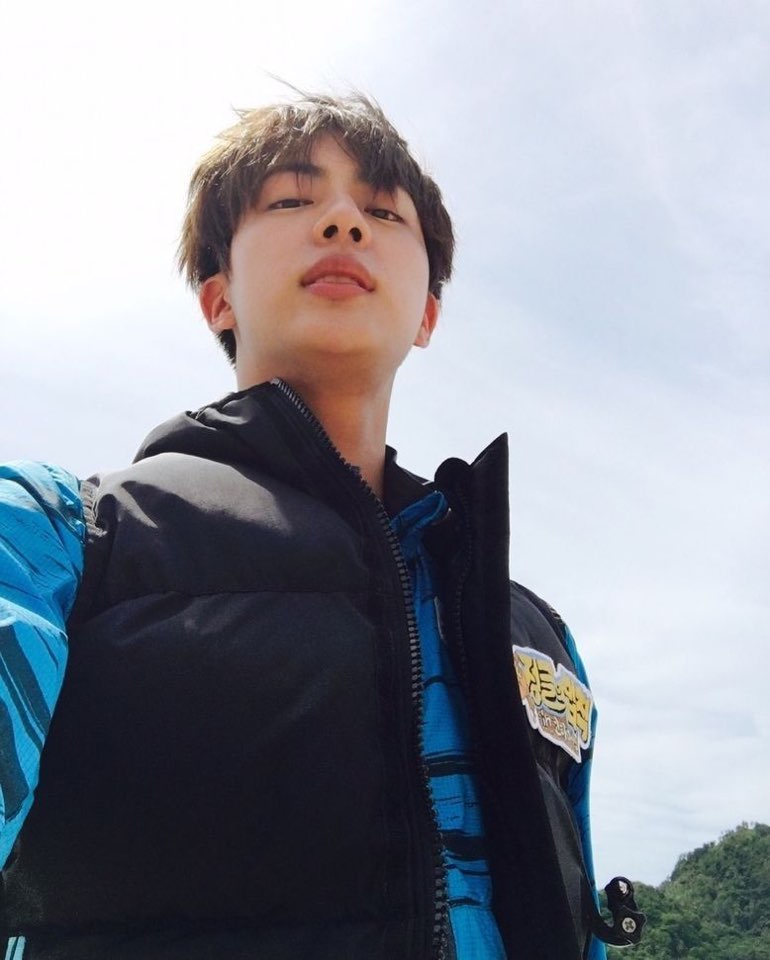 He also revealed a funny story of how he got in trouble by his father after explaining to him what Sleepy had said before.

Sleepy hyung, it feels like just yesterday that we were screaming after seeing a snake and a crab and just screaming in general. It’s already the last episode. We said that we would meet after this is over so lets go eat king crab since we couldn’t eat it here. Oh yeah. You told me on the plane that the person who pays for the food is the hyung right. I suddenly thought of that while eating out with my father and I told him that you told me that whoever pays is the hyung. So I said, “Hyung thanks for the meal!” to my father and got in trouble. I miss you. Please keep in contact hyung.

-Jin, the hyung that bought tteokbokki 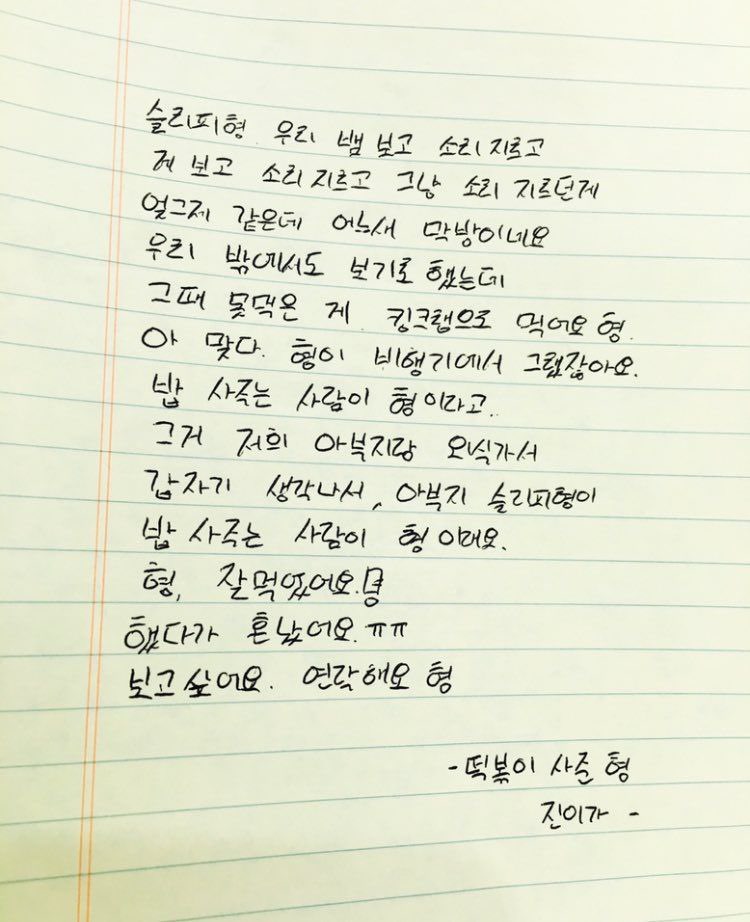 After receiving the letter, this was Sleepy’s response:

Sleepy: If you are doing well you are the senior, if you have a lot of money you are the hyung. Remember that haha.

Sleepy: Sounds good to me hyung 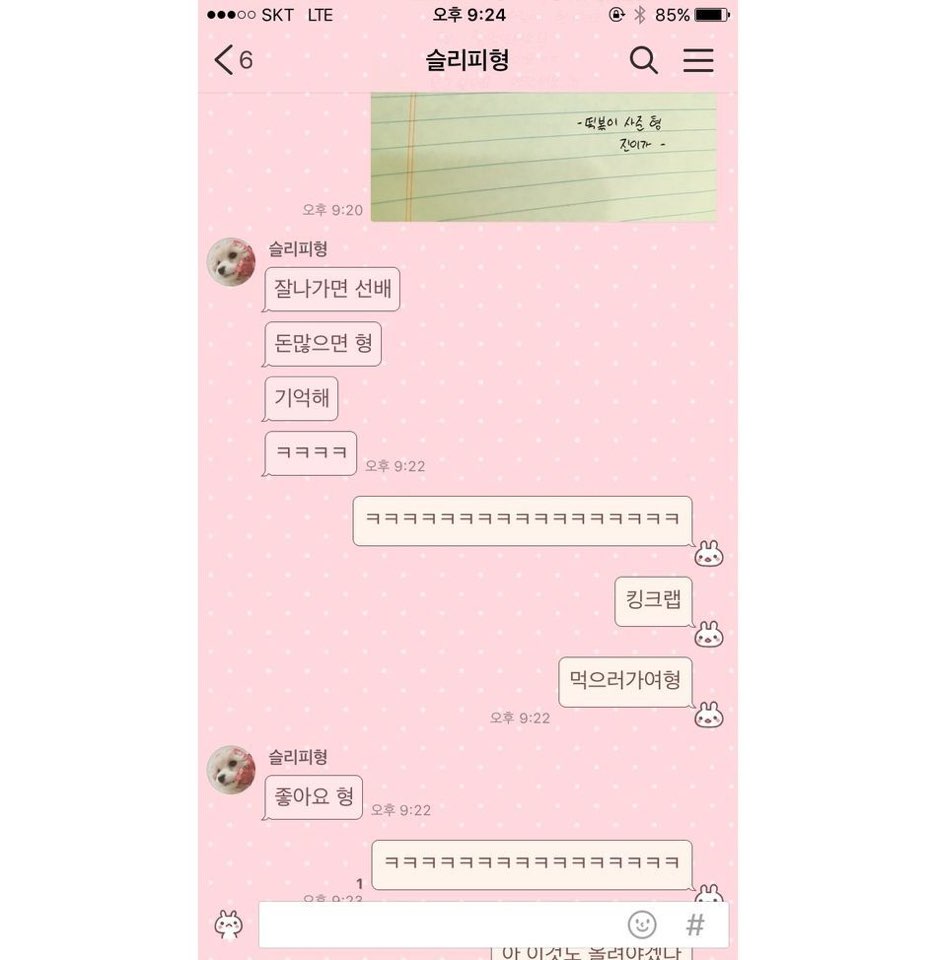 Regardless of who the hyung is, it’s great to see their friendship even after the show is over. 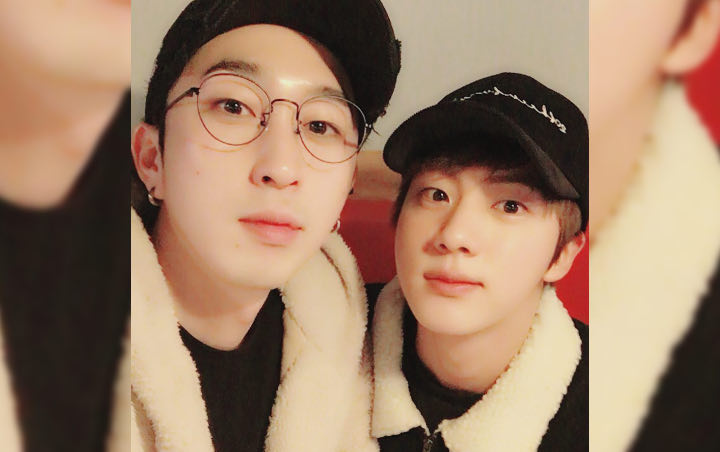