SM artists BoA, SHINee’s Key, EXO’s Baekhyun and Sehun, and NCT’s Jaehyun and Taeyong appeared as guests on the November 8 episode of “Happy Together 4” and talked about how they were cast by the agency.

EXO’s Sehun shared his story first, saying that when he was an elementary student, some women started following him, giving him their business cards and asking for his mother’s phone number. “So I said to them that my mom told me not to give our number to strangers. I continued on my way home, and they kept following me for about five minutes. I eventually gave them my mom’s number and went on my way. Later, they contacted my mom, and I entered SM.” 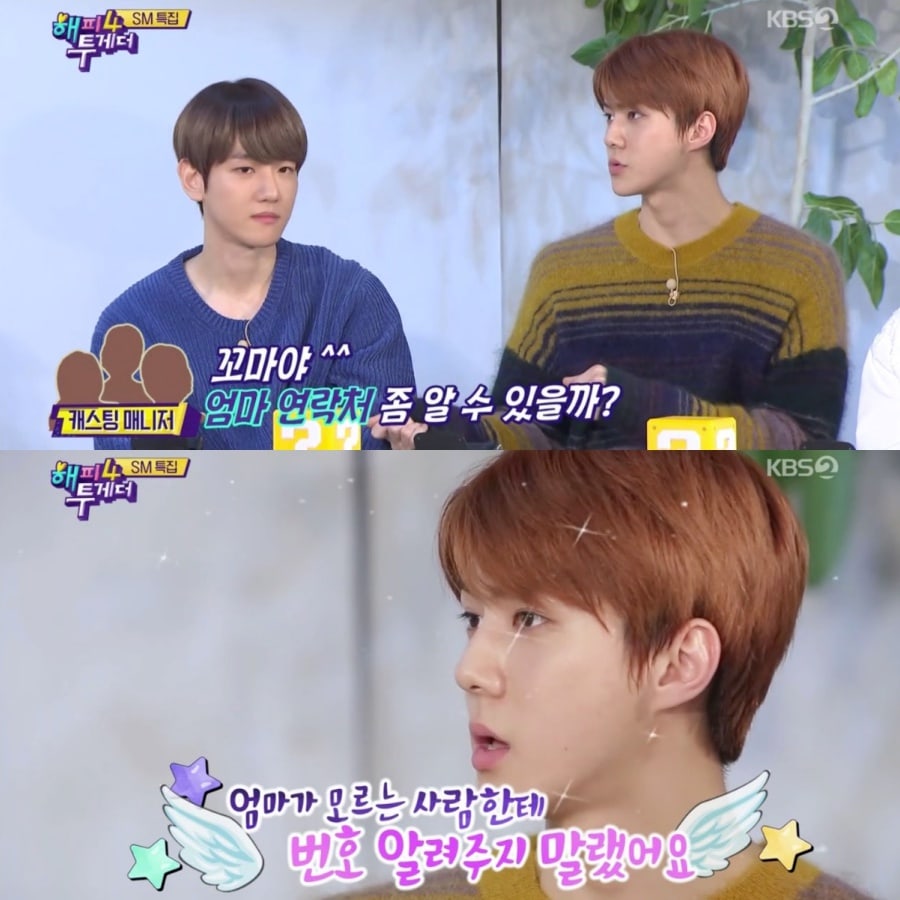 EXO’s Baekhyun, in comparison, started much later. He said, “I was standing in front of a university holding sheet music and warming up my voice for an entrance exam when someone tapped me on my shoulder. The person asked me if I had any interest in becoming a celebrity.” Baekhyun explained that he had been approached several times since he was in middle school by people asking similar things but also asking for large monthly fees to train, which he knew was a scam. He continued, “So I asked the person who tapped on my shoulder what agency they were from. They just said I didn’t need to know and asked for my number. I thought, ‘This woman’s being tough,’ and gave her my number. Later that night, I got a call from SM Entertainment. There was no reason for SM to call me, so I thought it might be a scam. I pulled up SM’s address on my computer and asked them what their address was. I continued asking them these kinds of questions to confirm that it was, in fact, SM. I ended up auditioning and made it after singing a TVXQ song.” 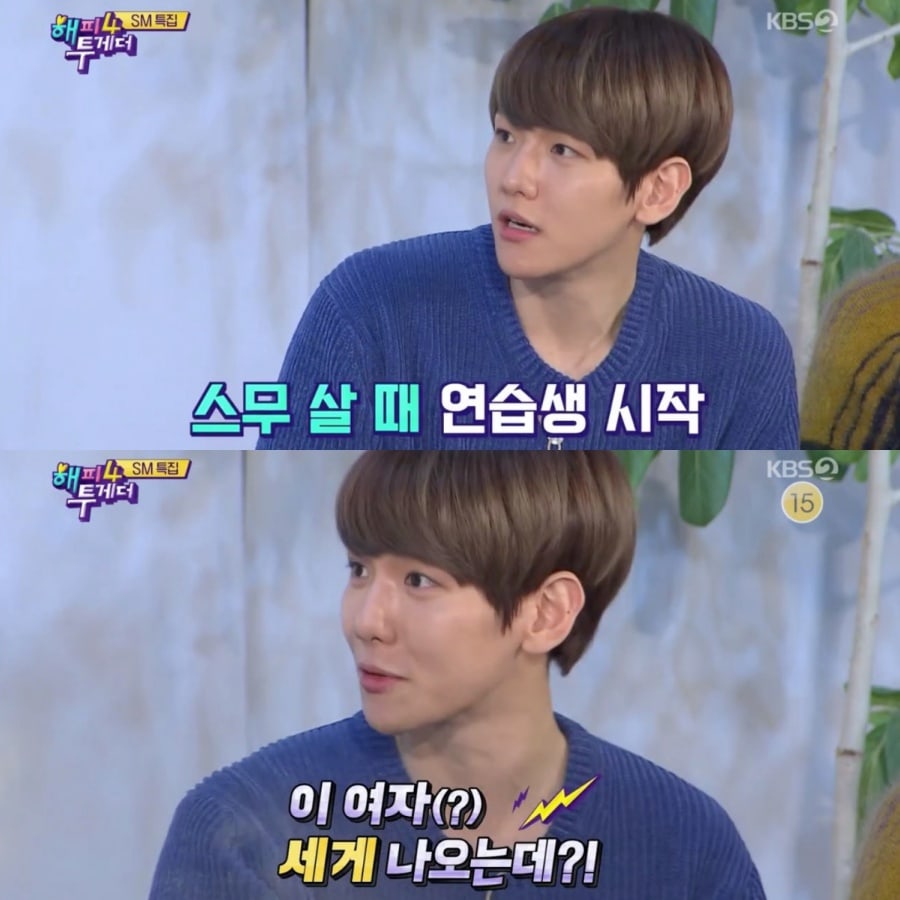 When Yoo Jae Suk asked SHINee’s Key how he joined SM, he said, “At least [Sehun and Baekhyun] had the chance to be suspicious. I was banging on the agency door, yelling, ‘Let me in! Just once! I’ll work really hard!’ What do they mean, getting cast in front of school? That never happened to me.” 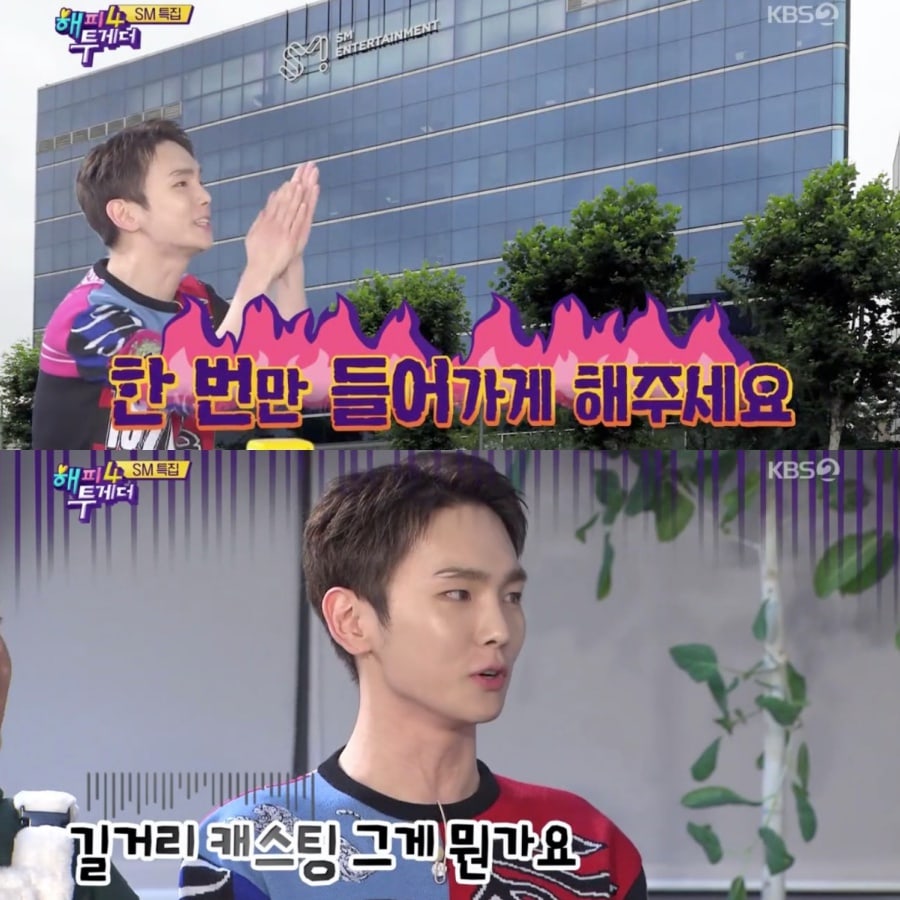 NCT’s Taeyong said he was also approached when he was in high school. He said, “They really don’t tell you what agency they’re from. All they said was that they’re one of the big three. But the only “big three” I knew at the time was MBC, KBS, and SBS; I thought it must be one of those. They came and bought me toast, so I thought, since they’re buying me good things, they must be good people, and I went. I sang the national anthem because I didn’t know any songs, and I also did some popping.”

NCT’s Jaehyun was also approached at school. “I was cleaning after school, and right at the time when I was leaving, people from the agency were outside.” 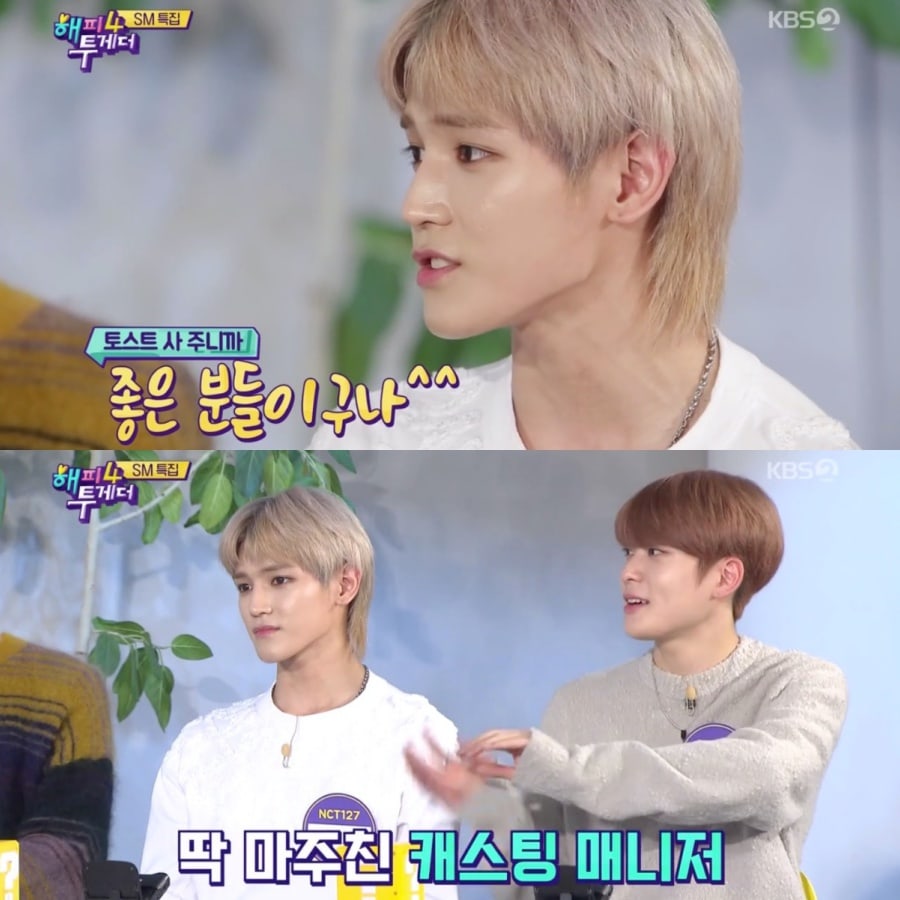 When host Lee Soo Geun wondered if the casting agents go to the schools after hearing rumors, Key explained that often, they just visit schools without any prior information. “If they’ve already heard rumors, there’s a good chance the students are already in an agency,” he said, adding that the casting agents like to go blind so that they can take a look without any preconceptions.

BoA also shared her casting story, saying that she had happened to participate in a dance competition, at which time she received a lot of cards from various agencies. “The very first agency to call and ask me to audition was SM.” She said, “I was in elementary school, and I was suspicious, but I went anyway. When I arrived, Lee Soo Man was there, so I auditioned.” 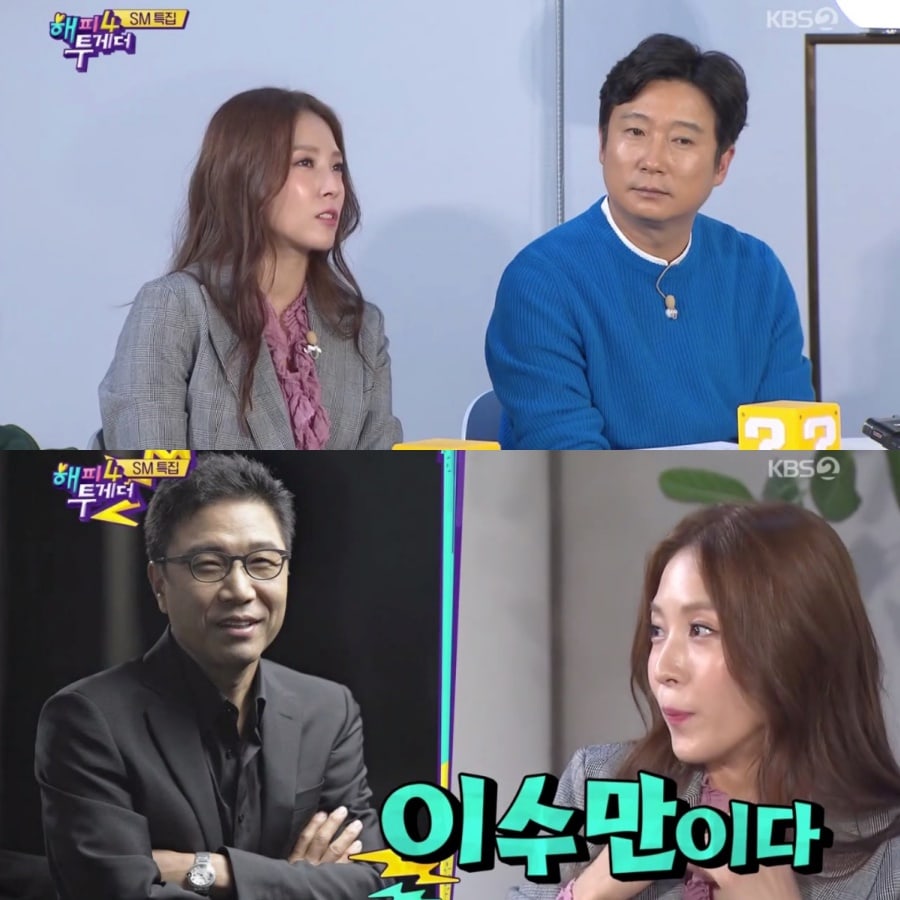