SM Entertainment Trainee Yoo Jimin Under Fire For Allegedly Insulting Other Idols, Including NCT And BTS

Yoo Jimin, a rather famous SM Entertainment trainee, has been under fire on Korean community boards of late. She first stepped into the limelight when she was featured on SHINee Taemin‘s choreography for his solo track, “WANT”. 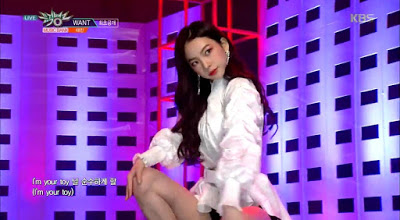 Since then, many have been viewing her as pretty much confirmed for SM Entertainment’s upcoming girl group. However, online communities have been rife with rumors about her character. People who have been claiming to know her personally, have released screenshots of alleged conversations with her.

As her friend comforts her throughout the conversation, Jimin talks about SM entertainment’s upcoming plans.

I’m so stressed today. They said they’re doing to reveal two male trainees as NCT members. And what’s worse is they’re both not even handsome. I’m so sad – they’re not giving me anything. Did I tell you about them…? Jung Sungchan? And a Japanese. I should’ve auditioned for BigHit. I’m so hurt I’m crying. Delete this message as soon as you receive it.

She continues to ask talk about the company, and other artists, while asking her friend to delete the messages.

I don’t know. I guess this is the end for our company. I feel like they’ll fail…If you read this, erase it too. Delete the entire conversation from today please! To be honest, EXO isn’t as popular as they used to be and it’s not like NCT is doing well do I’m so worried. I should’ve gone for BigHit’s audition… Or YG at least…

As her friend asks if she wanted to go for the BigHit Entertainment audition because BTS is doing well, she replied as such.

I mean it didn’t used to be this bad.. but I think our company and our idols now cannot compare to that other company. I didn’t like BTS originally because they’re ugly…

That’s right. We used to say that BTS was ugly. Especially Jimin and RM. It was so funny back then.

What sparked her friend to post these in the first place, was Yoo Jimin’s alleged attitude towards her. The conversation ended with the following text from Yoo Jimin.

What are you saying lol apart from you, there’s many other substitutes that will listen to me talking so if you don’t want to, just leave it.

This is not the first post on the community about her character. According to other posts, Yoo Jimin had also called EXO‘s Kai ugly after shooting a commercial with him that has yet to be released. The reason why many are choosing to believe these anonymous posts are that Yoo Jimin often discloses information to the OPs and the dates are earlier than when official news are released.

However, fans have spoken up to debunk these posts. Many have defended Jimin’s character, claiming that she used to have an old ask.fm account that always responded kindly. In one particular response, Jimin replies to a classmate’s worries by saying the classmate can always text her if necessary.

She not only offers her ear, but claims that she loves it when people around her are happy! Others have also stepped in to say that she was well-liked by her peers. Some have faulted the OP for not deleting messages like she was requested to.

While the company has yet to make any statements, it is left up to fans to try to find the truth within the different sides of the story.