tvN’s upcoming drama “The Smile Has Left Your Eyes” has piqued viewers’ curiosity with its new character relationship chart!

The newly released chart outlines the characters’ relationships at the start of the drama. Notably, there is no relationship yet between Kim Moo Young and Yoo Jin Gang, although the fact that they are facing one another hints at their potential to grow closer. Similarly, Yoo Jin Gook is not yet connected to Kim Moo Young in any way, raising the question of what sort of relationship will develop between the two characters.

Uhm Cho Rong (played by Kwon Soo Hyun), a younger colleague of Detective Yoo Jin Gook, is in love with Yoo Jin Gang, while Im Yoo Ri (played by Go Min Si) both loves and relies on Kim Moo Young. Baek Seung Ah (played by Seo Eun Soo) also has romantic feelings for Kim Moo Young, despite the fact that she is engaged to Jang Woo Sang (played by Do Sang Woo). However, the two main characters do not return any of these feelings.

The chart describes Tak So Jung (played by Jang Young Nam) as Yoo Jin Gook’s colleague, though she is also the detective’s closest friend. Additionally, the chart mysteriously notes that Jang Woo Sang has a sister named Jang Se Ran, though there is no photo or further information about the character. 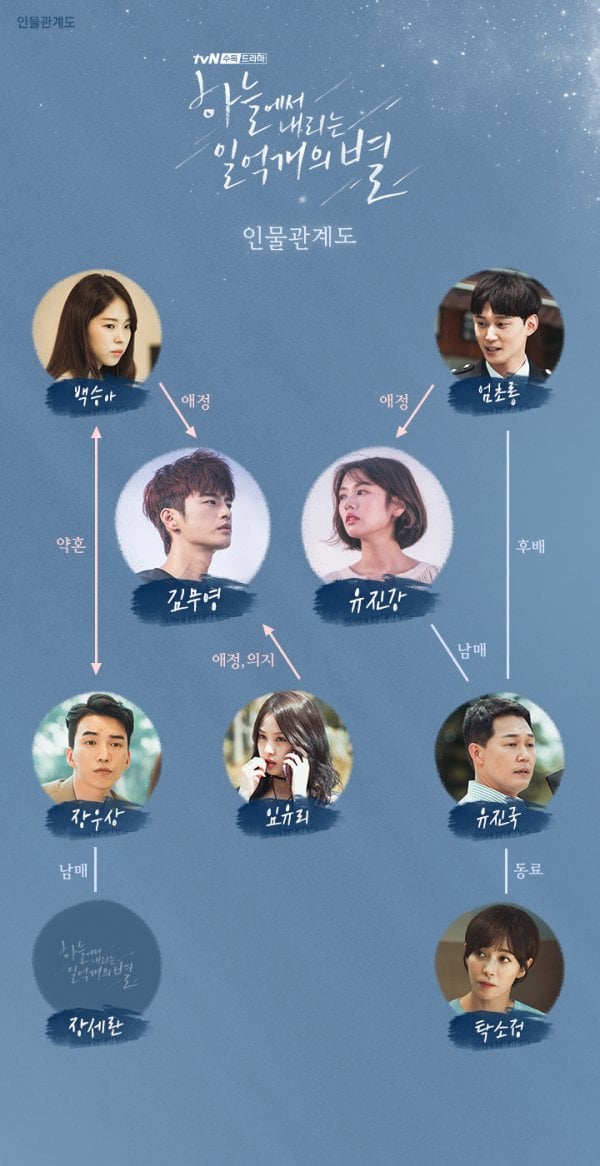 The producers of “The Smile Has Left Your Eyes” remarked, “The drama promises to be a shocking mystery melodrama about fate. Accordingly, an intriguing story will unfold, revealing the hidden connection between Kim Moo Young and Yoo Jin Gang.”

They continued, “Each of the characters has his or her own story, so the process of untangling their complex and knotted relationships, as well as the saga created by those relationships, will be a source of entertainment.”

“The Smile Has Left Your Eyes” premieres on October 3 at 9:30 p.m. KST and will be available with English subtitles on Viki.

In the meantime, check out the teaser for the drama below!