Some of the cast of “Descendants of the Sun” have given us a glimpse at the fun times they had at their cast and crew reunion!

Actors Song Joong Ki, Song Hye Kyo, Jin Goo, Kim Ji Won, and Kim Min Suk met up with many more members of the cast and crew at a restaurant in Seoul on April 1 for a reunion dinner. This was the first time that they’d all been together in one place since they held their wrap-up party after finishing filming the show in late December. It’s been reported that dinner was paid for by none other than the show’s stars Song Joong Ki and Song Hye Kyo.

On the morning of April 2, actor Ahn Bo Hyun uploaded a photo to his Instagram of the party, which features almost all of the fan favorites from the cast — although it’s sadly missing Song Joong Ki! 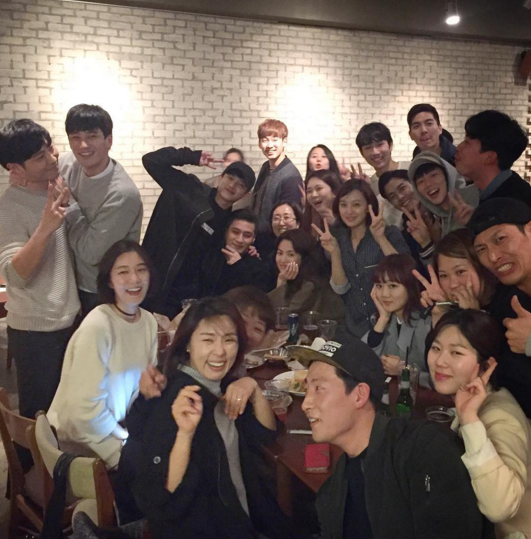 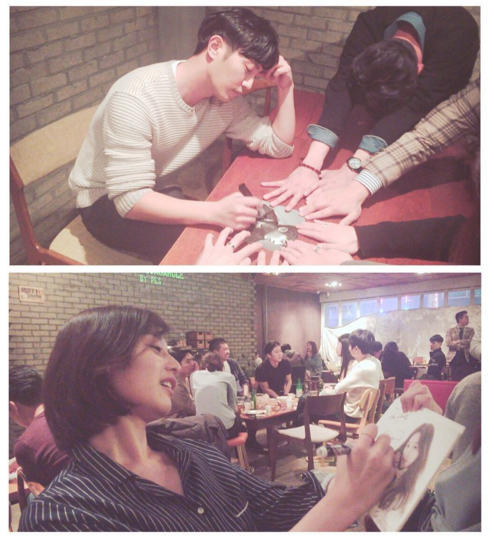 Jin Goo posted another shot of the moment to Instagram with the caption, “Wait.” 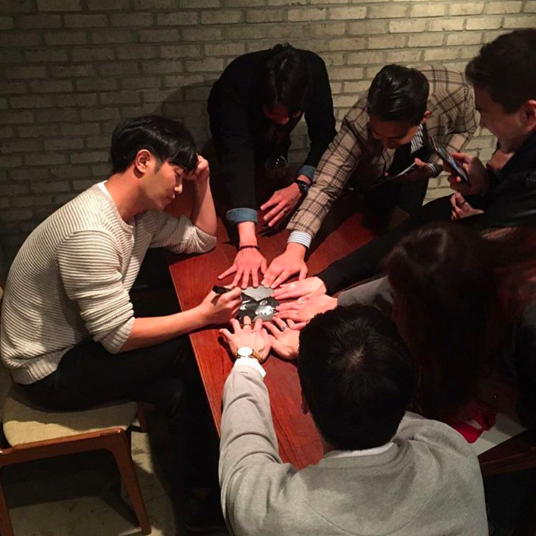 Afterwards, Ahn Bo Hyun uploaded a shot of Song Hye Kyo holding up a photo of Jin Goo that he’s signed for her as Jin Goo smiles and points to his handiwork.

Kim Min Suk also shared a similar photo, this time without Jin Goo, and writes in the caption, “She got an autograph from Jin Goo.” He adds in the hashtags, “She’s ridiculously pretty, right?” and also writes, “We’re at our work dinner. But she really can’t drink alcohol.” 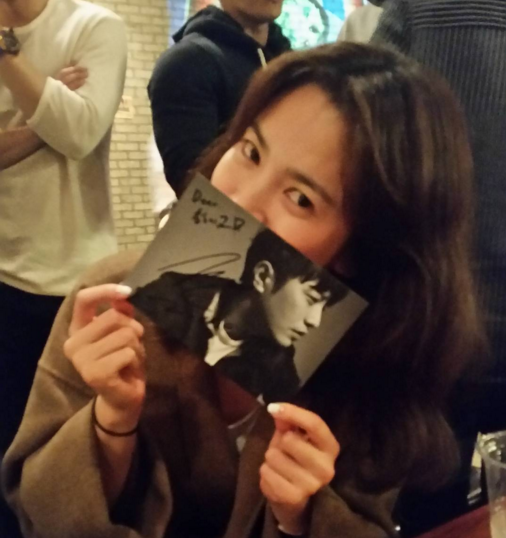