Song Il Gook recently indulged his nerdy side by transforming his triplets into characters of “Star Wars.”

On April 24, Song Il Gook posted a video on his Instagram along with the caption, “Just because I’m bored after putting the kids to sleep for their afternoon nap.”

The clip starts off with the logo for “Star Wars.” In the video, Daehan, Minguk, and Manse are playing with each other while holding light sabers.

The dramatic “Star Wars” music in the background along with the triplet’s mighty weapons makes it seem as if they are fighting against an evil villain. 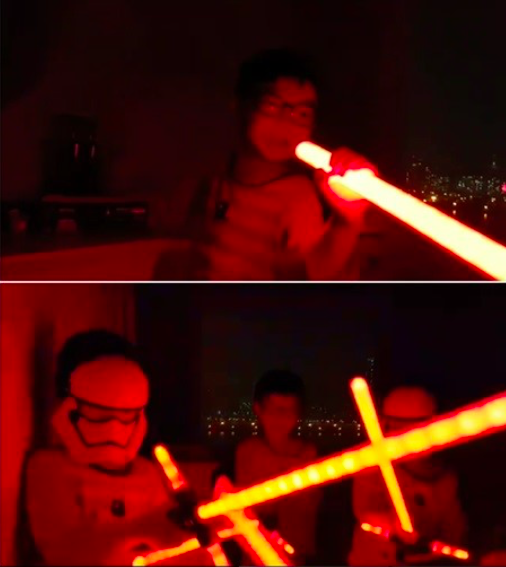 Meanwhile, Song Il Gook and the triplets received lots of love and attention after starring in KBS2’s “The Return of Superman.”