Actor Song Joong Ki celebrated the 10th anniversary of his debut with a star-studded fan meeting!

On September 1, Song Joong Ki held a special fan meeting at the Kyung Hee University Peace Hall to commemorate the 10th year of his career. Fans from all over Asia, including China, Taiwan, Hong Kong, and Singapore, joined forces to prepare flowers for the event, and the actor’s official fan club also prepared a celebratory cake for the occasion.

Song Joong Ki kicked things off by taking a walk down memory lane and discussing the many acting projects in which he’s participated over the past 10 years. In addition to sharing some amusing stories from filming, he also spoke more seriously about his philosophy as an actor.

In the next segment of the fan meeting, the star took the opportunity to interact more closely with his fans. Transforming into a talk show host, he read personal stories sent in by fans and responded to them with both remarkable wit and heartwarming empathy. 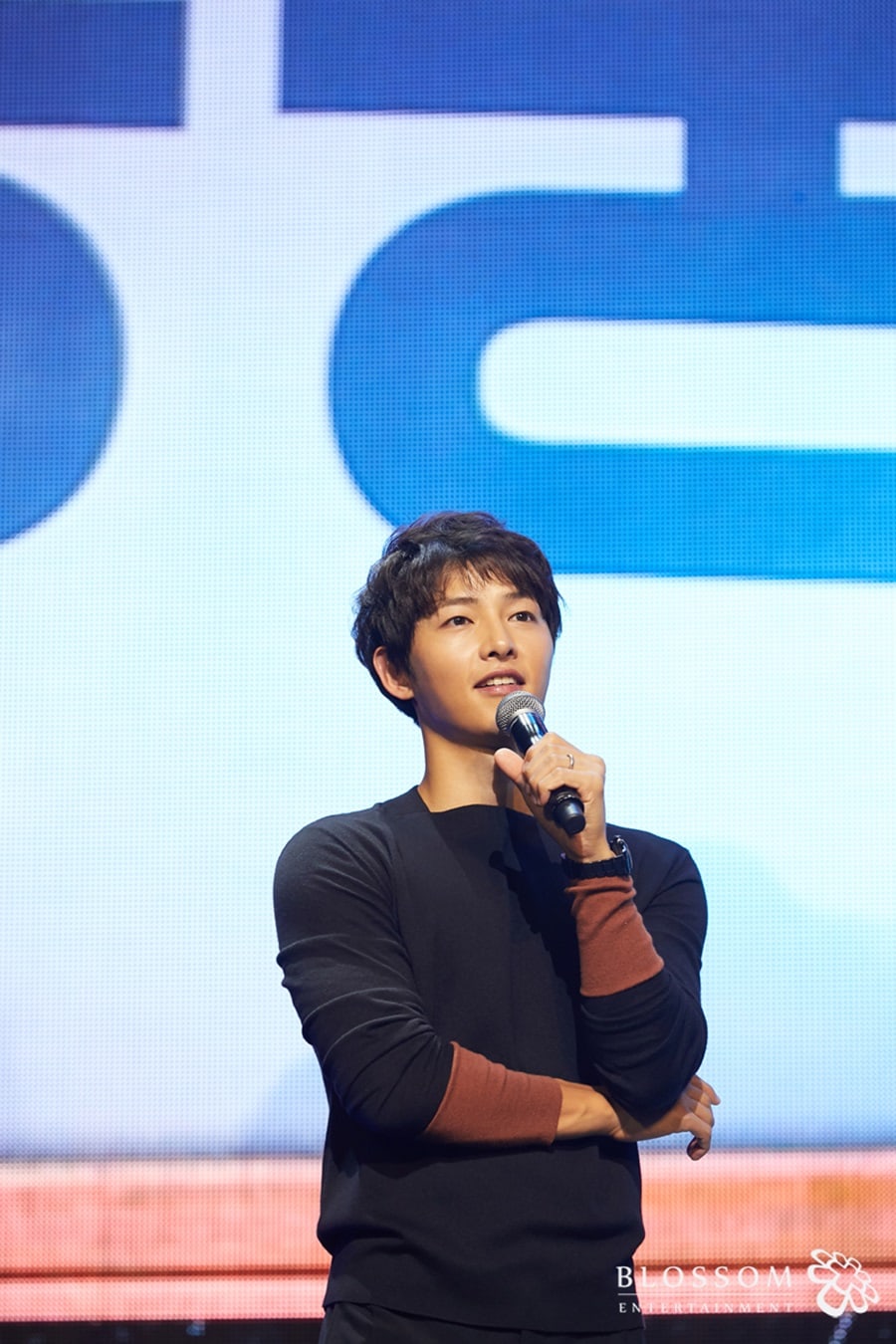 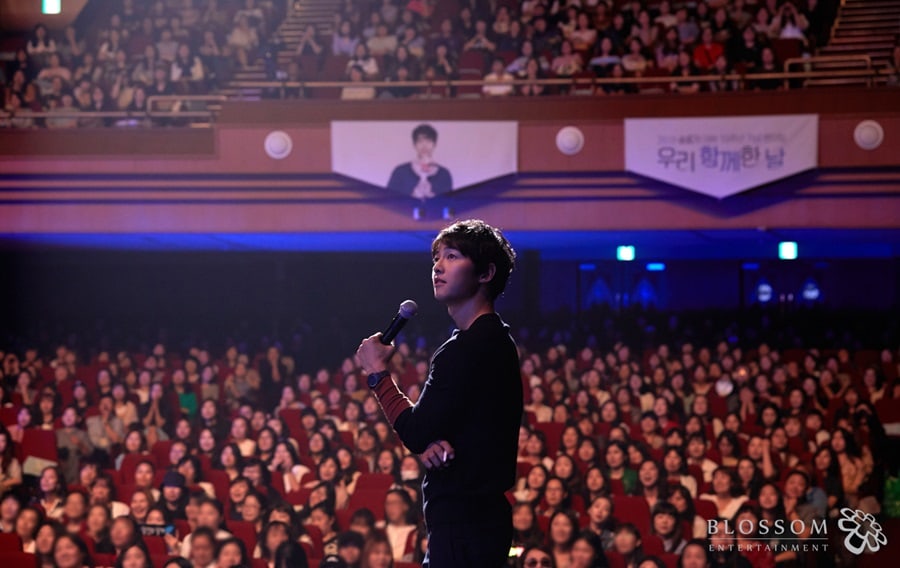 Actor Lee Kwang Soo, who is well-known for being Song Joong Ki’s best friend and his former “Running Man” co-star, made a special appearance at the fan meeting. The two friends enjoyed a virtual reality (VR) game on stage together and showcased their adorable chemistry by engaging in some quality bickering. 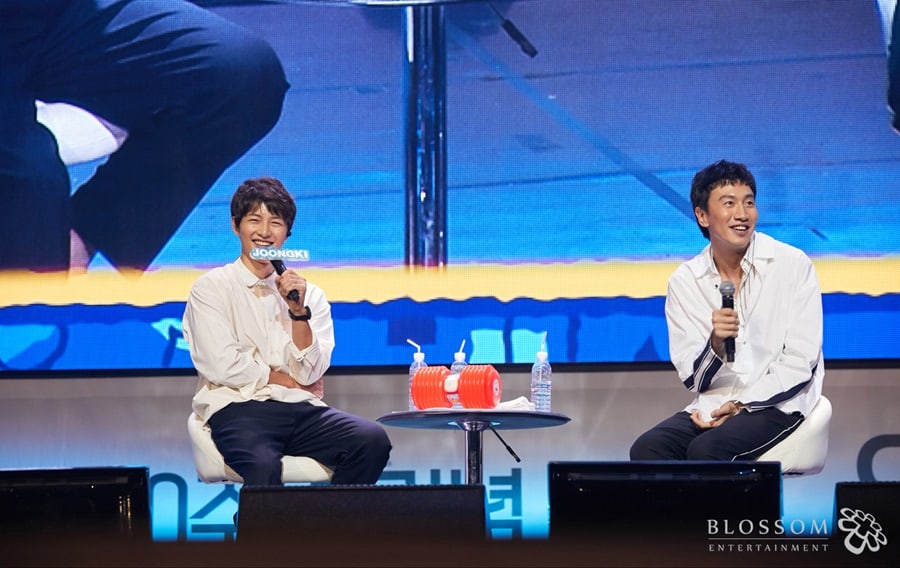 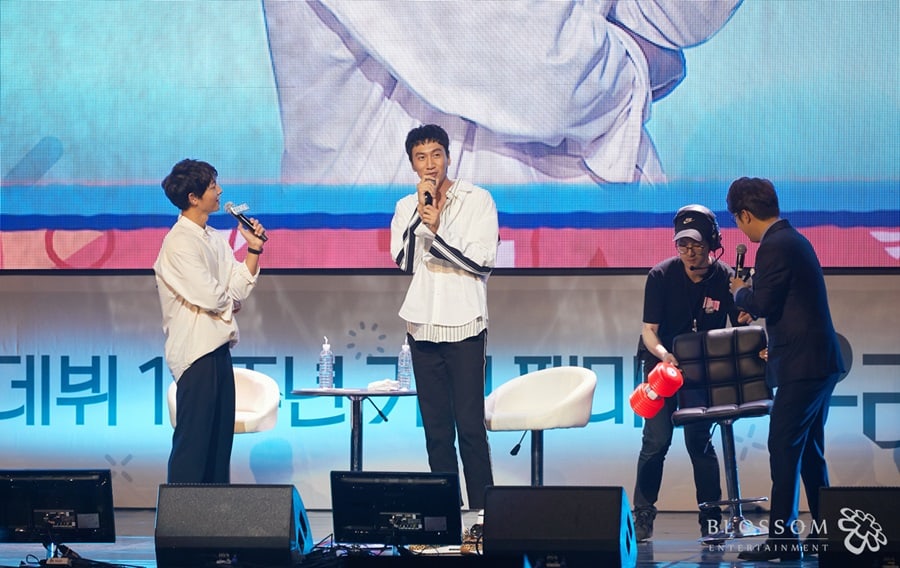 2PM’s Junho and actor Kim Min Suk also appeared as special guests, joking around with Song Joong Ki on stage and teasingly revealing parts of his daily routine to the audience. 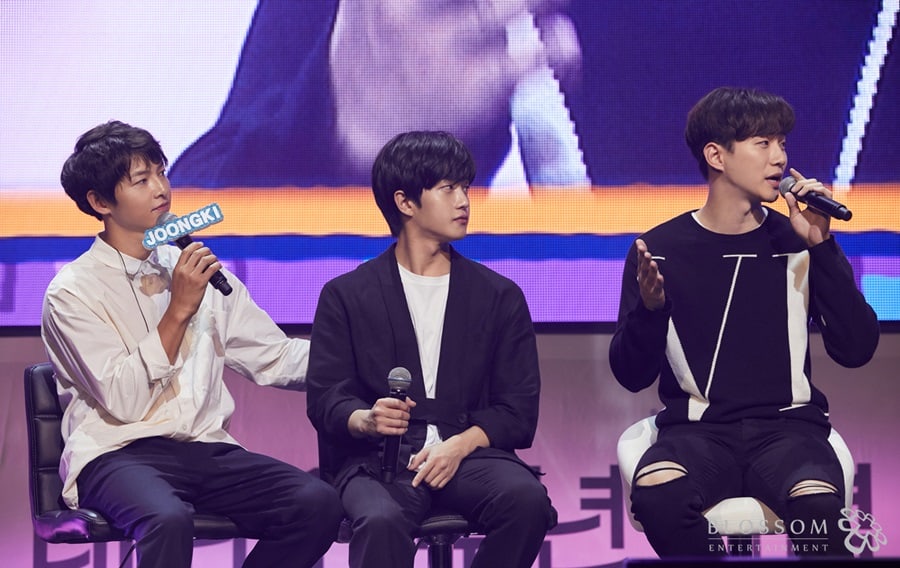 Song Joong Ki wrapped up the meeting by reading a handwritten letter that he had personally penned to his fans. He started off by remarking, “Thinking about the fact that this year marks the 10th anniversary of my debut, it feels both amazing and strange.”

He went on, “I’ve met so many great colleagues up until now. It’s thanks to them that I was able to make it this far. From now on, I’m thinking of working hard once again to create 10 years that are completely different [from the last 10 years].”

The actor concluded, “I will pour my everything into showing you new sides of myself, better acting, and my continuing hard work. It was an honor to spend the last 10 years together with all of you. I love you.”

Once the fan meeting was over, Song Joong Ki made his way down into the audience to greet his fans eye-to-eye and send each of them off personally. 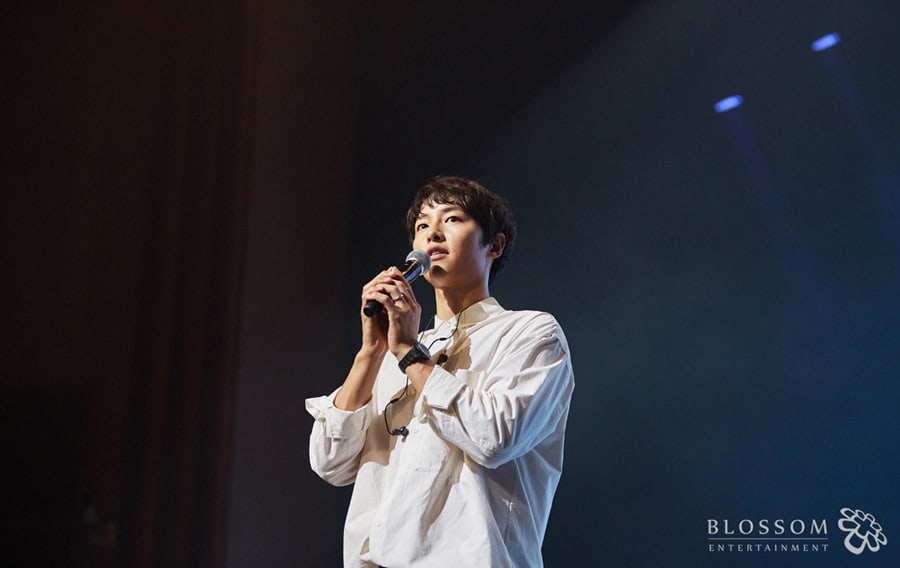 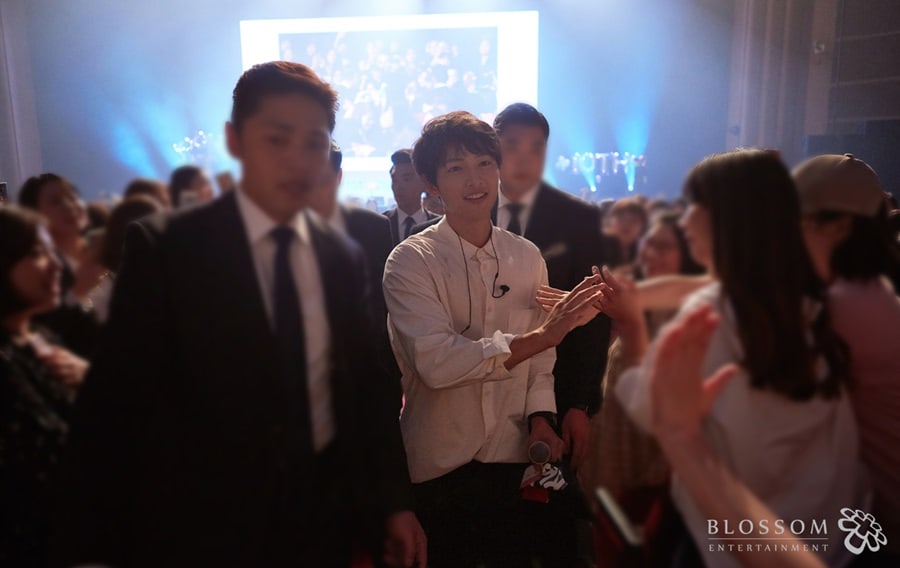 Song Joong Ki is currently preparing to star in the upcoming tvN drama “Asadal” (working title), a fantasy period drama that is scheduled to premiere in the first half of 2019.

Happy 10th Anniversary to Song Joong Ki and his fans!