Vincenzo‘s stars Song Joong Ki, Jeon Yeo Bin, and 2PM‘s Ok Taecyeon recently did an interview with The Swoon to promote their new K-Drama for Netflix. Since Joong Ki plays a mafia in the K-Drama, the cast played the game Mafia during the interview. 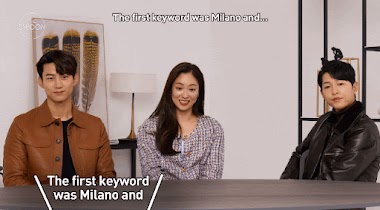 They were given a hint and told that the codeword was a “place.” Without second-guessing, Joong Ki said, “Milano,” which is where his character Vincenzo is from. This word helped to bridge the game to the interview. The interviewer asked him, “What does Italy mean to Vincenzo, who is Korean on the outside and Italian on the inside?” He explained that while it’s his character’s hometown, he has actually never visited Italy.

What does Italy mean to Vincenzo? It’s his hometown, though I’ve never been there myself. I haven’t even been near it. But for Vincenzo, Italy is the hometown of his heart. On the other hand, he feels very distant from Korea because he was adopted at a very young age. To him, Italy is his home. 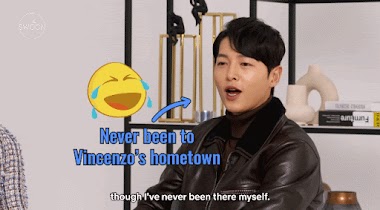 Vincenzo Cassano, though born in Korea, was adopted by an Italian family when he was young. As a result, although he is Korean, he experiences culture shock when he returns. Joong Ki was also asked to share a memorable Italian quote from the K-Drama.

There’s a line in the show that represents the theme of our drama. ‘Un diavolo scaccia l’altro.’ That’s the line. It means ‘A devil punishes another devil.’ It’s the perfect line to represent the theme of the drama.

You can watch the full interview below.