Actor Song Joong Ki was an outstanding student back in his school days!

On the recent episode of “The List 2016” on April 11, Song Joong Ki ranked number eight in having an impressive background among celebrities.

The show reveals that Song Joong Ki started sports as a child and was a short track skater for 12 years. He was a representative athletic for his area in Daejeon, but he had to give up playing sports after he injured his ankle in middle school. 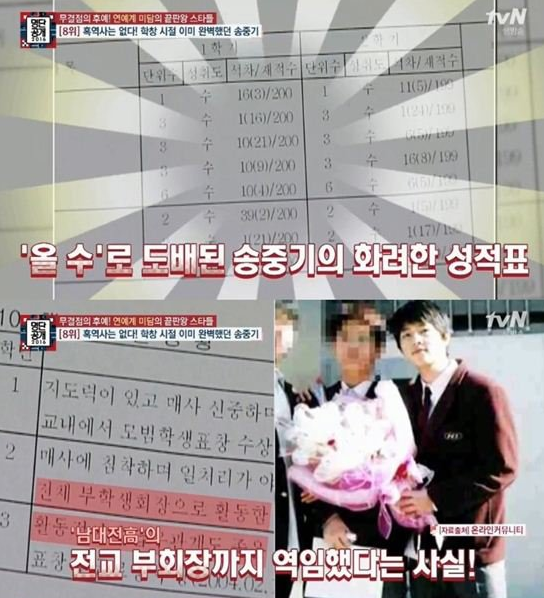 Afterwards, Song Joong Ki began focusing on academics rather than athletics, raising all of his grades to A’s. He also showed great leadership, making him student vice president of his school.

His high school homeroom teacher says, “He was a superb student whose grades ranked in the top 10 of the entire school. If he wanted to, he could’ve easily gone to the best university in Korea.” 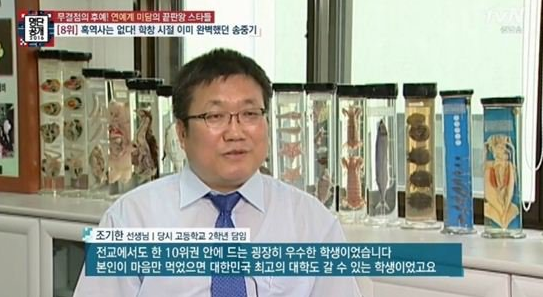 Song Joong Ki actually went to SungKyunKwan University as a business major. He received 380 out of 400 points in the national college exam and was fairly accepted into the university like any other.

Fans are pointing out that Song Joong Ki not only has the looks but also the brain that many people envy.