On the May 25 episode of “I Live Alone,” Han Hye Jin visited her fellow model colleague and friend Song Kyung Ah. Han Hye Jin described her friend by saying, “She’s someone who’s seen the entire process of me growing from when I debuted as a model, and she’s a senior whom I work with right now. She’s my favorite person.”

Song Kyung Ah welcomed Han Hye Jin into her home with her 19-month old daughter. Though she was delighted to see her friend, her daughter said Han Hye Jin was scary and refused to shake her hand, shocking the model. 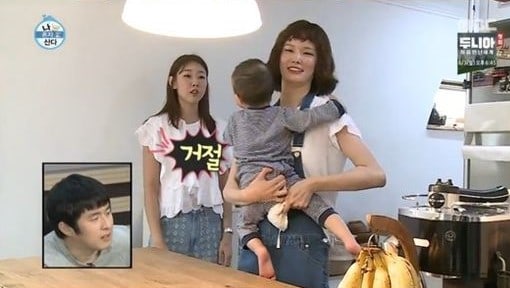 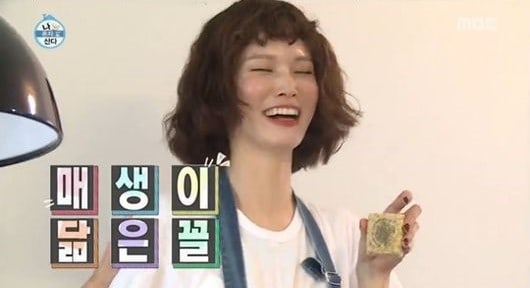 The two then began talking about Han Hye Jin’s boyfriend, Jun Hyun Moo. Song Kyung Ah showed a vested interest in her friend’s love life, asking her how he was doing. She even joked, “I feel like he’ll need a lot of soap,” referencing his famous hairy chest. She also picked out a black soap with a likeness of the statue of David carved into it that Han Hye Jin had made. She teased her saying, “You should give it to him,” and joked that Jun Hyun Moo looked like the soap. 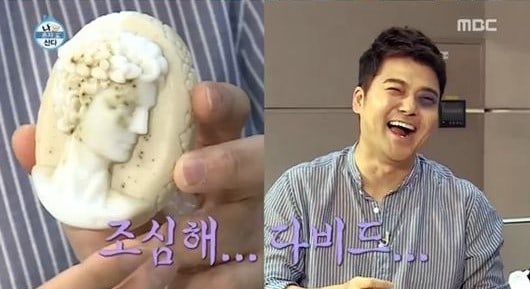 They then talked about each other’s love lives. Han Hye Jin commented, “I still remember listening to you talking about your husband when you still dating him. I didn’t know you would marry him. Wasn’t he your first boyfriend? I was surprised that you dated for 10 years and got married.” 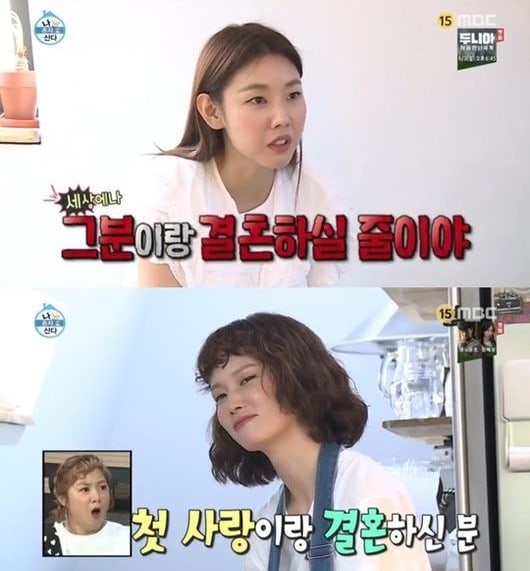 Song Kyung Ah told her friend that she was happy that the two were dating. When Han Hye Jin was asked if she liked Song Kyung Ah or Jang Yoon Joo better, she adorably answered, “Jun Hyun Moo” and complimented his looks, saying, “I only looked at his face.”