Song Mino and P.O have proved their loyal friendship once again!

On the February 12 broadcast of SBS’s “Night of Real Entertainment,” Song Mino and P.O were interviewed on the set of the commercial they filmed together. The two, who have been friends for over 10 years since high school, showed their refreshing and realistic friendship throughout the chat.

On the set, Mino and P.O were having a blast as they playfully bickered with each other. In one clip, Song Mino accidentally broke a part of a drum, yelling, “It’s going to be a big hit!” P.O followed up by saying disapprovingly, “Wow, saying ‘it’s going to be a big hit’ after dropping it… That’s Song Mino’s personality.” Song Mino jokingly responded that it was thanks to him that they were able to film the commercial, to which P.O agreed.

During the interview, P.O proved his close friendship with Song Mino by taking the mic and giving his rendition of “Fiancé,” saying that he’s watched almost all of Song Mino’s performances of the song and even sent him comments. On the other hand, Song Mino revealed he hasn’t been able to watch “Encounter” because it made him cringe to watch such a close friend acting. 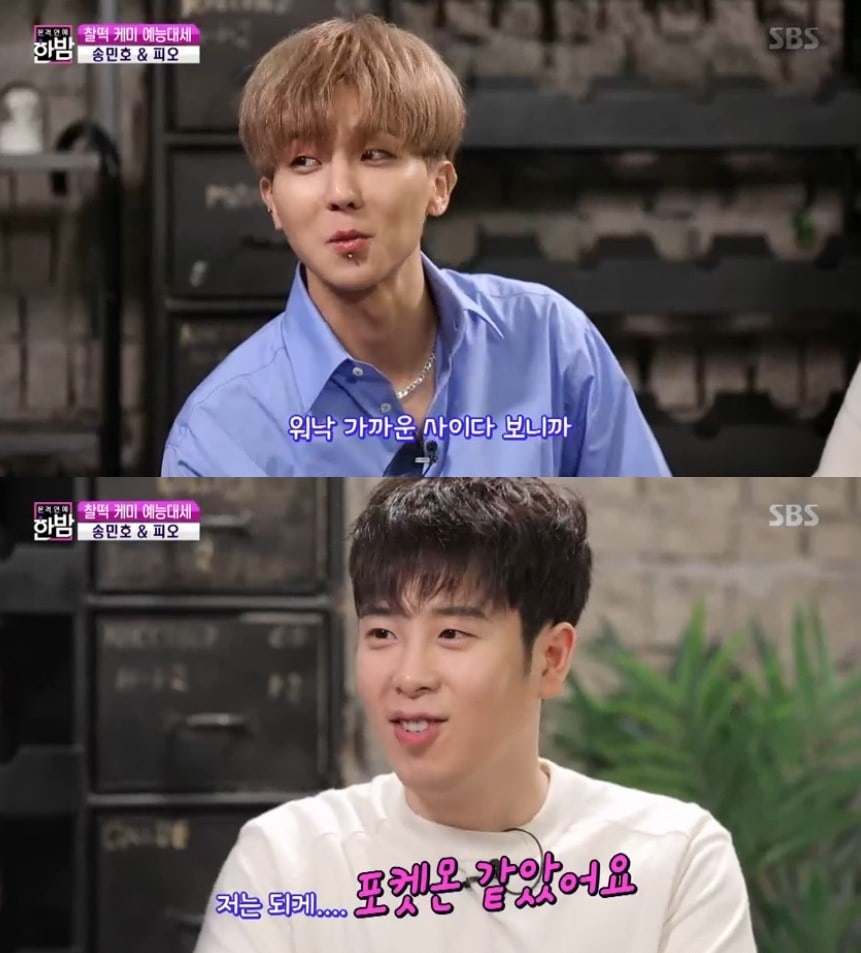 When asked about their first impressions of each other, Song Mino said, “You could say we were pulled to each other. Should I talk first?” However, P.O broke the mood by saying, “He was like a Pokémon. He was wearing a yellow padded jacket with yellow hair… He was like a mysterious Pikachu.” Song Mino replied, “During the admission ceremony for the new students, one student stood out for having a lot of friends… It was annoying.”

The two idol rappers also tested their friendship during the interview. When asked if they could give up someone they liked for a friend, the two had drastically different responses. Song Mino was shocked to see P.O hold up the “X” sign, to which he said, “Can we turn off the camera for a bit? Let’s talk.” 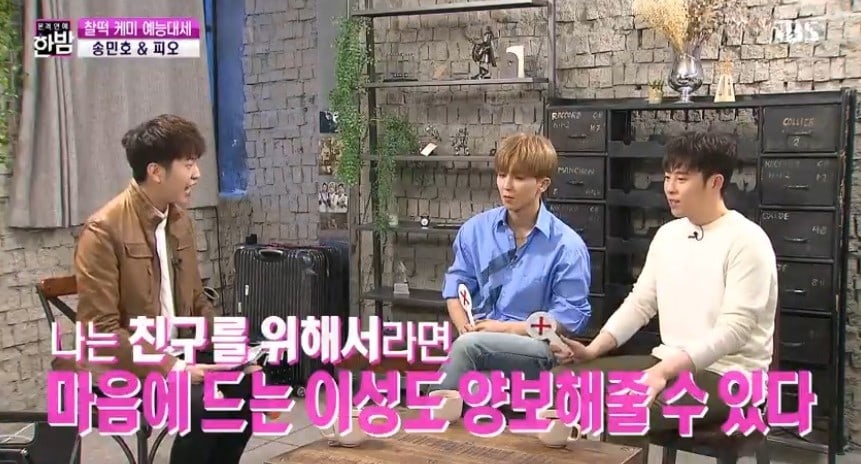 They also confessed that that they were indeed weak with their knowledge of proverbs, saying that they didn’t purposefully get questions wrong for the sake of humor. Song Mino added, “What I don’t know, Ji Hoon [P.O’s real name] doesn’t know either,” to which P.O tried to vehemently disagree. However, they both got the proverb question from the MC wrong even with the help of a hint. Nonetheless, Song Mino and P.O came together to gang up on the MC when he was also unable to properly explain the proverb. 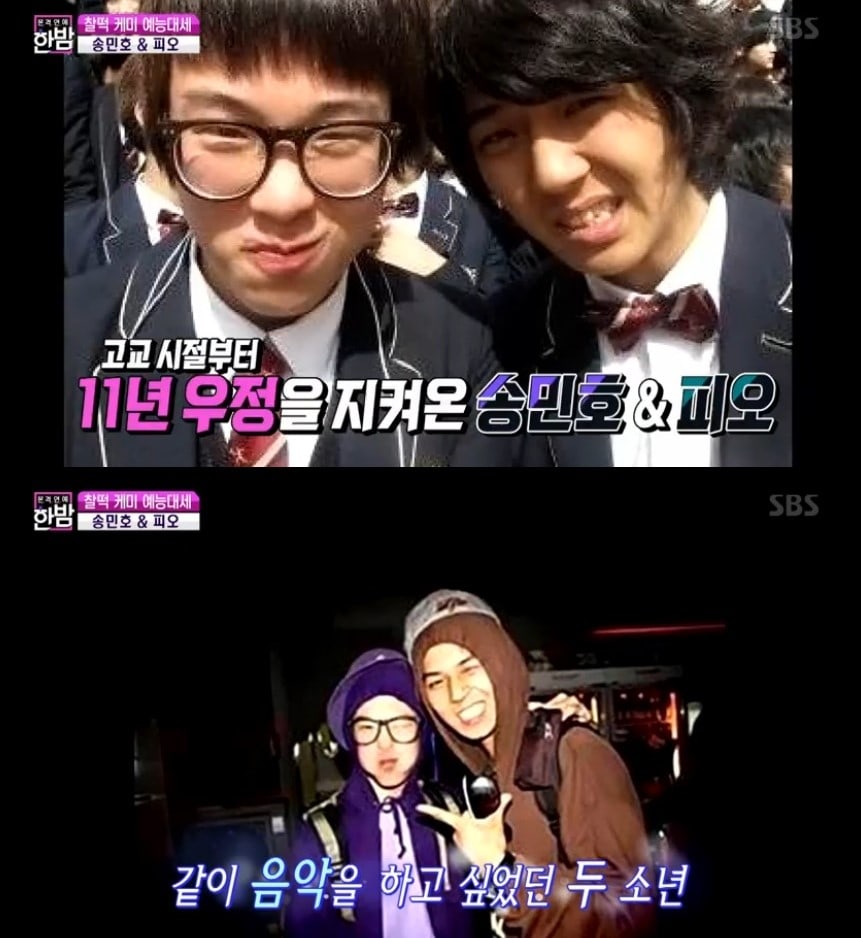 Despite having debuted in different groups, the two rappers both succeeded in fulfilling their dreams, becoming even more successful together through variety programs. The interview finished off with Song Mino gifting P.O a coat for his upcoming birthday, once again proving their undeniable friendship.

Watch the full episode of “Night of Real Entertainment” below!