Song Seung Heon and Lee Si Eon are the closest of friends in “The Player.”

“The Player” is about four players who are the best in their fields. Born-to-be con artist Kang Ha Ri (played by Song Seung Heon), the best driver in the nation Cha Ah Ryeong (played by f(x)’s Krystal), hacking master Lim Byung Min (played by Lee Si Eon), and punching fairy Do Jin Woong (played by Tae Won Suk) work together to steal from the wealthy who accrued their money through illegal means.

In the released photos, Song Seung Heon and Lee Si Eon show that they are best friends as well as cohorts. Song Seung Heon takes a phone call in front of Lee Si Eon, who merely stares at him while he does it. Afterwards, Lee Si Eon tries to explain their plan to him using a tablet, but Song Seung Heon hilariously gives him a look that says he doesn’t understand anything. 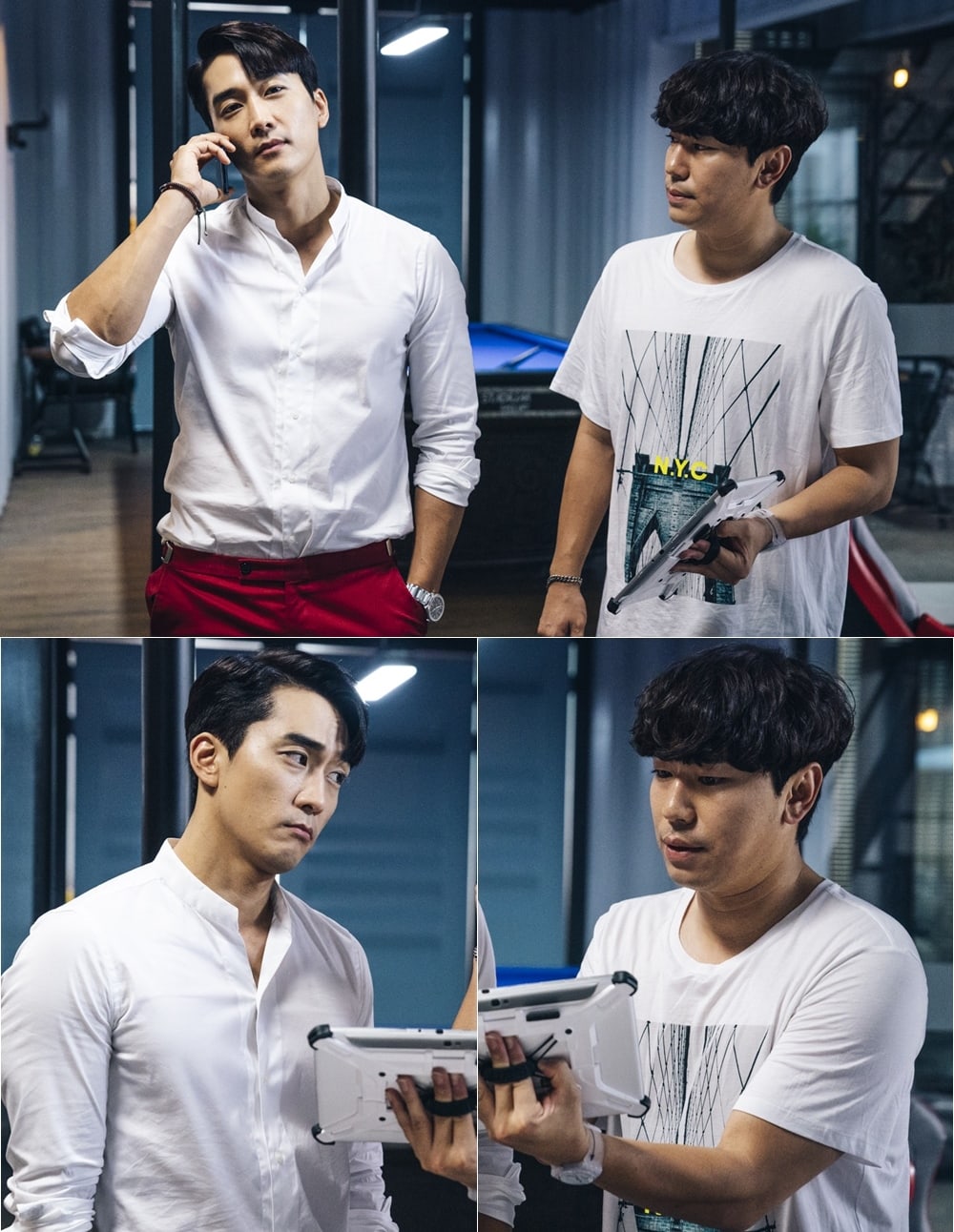 It was revealed that the two had a special history. In the past, Lim Byung Min won the world hacking olympics, showing off his skills. When he ran into trouble as some people wanted to use his talent for illegal uses, Kang Ha Ri saved him. They became a team and show their affection for each other through constant bickering.

During the drama’s press conference, Song Seung Heon shared on Lee Si Eon, “It’s fun and energetic to be with him even though we met for the first time. He’s the mood-maker on set.” Lee Si Eon also commented on Song Seung Heon by saying, “The atmosphere on set is really great, and that’s because of Song Seung Heon who takes care of others all the time.”

If you haven’t already, check out the preview below!