Feminism and the debate surrounding sexism is a sensitive topic in South Korea, as past incidents of idols being criticized for their “feminist agenda” or reportedly “anti-male stance” indicate.

This past month alone saw multiple South Korean companies remove their advertisements due to what South Korean men’s rights groups deemed an offensive gesture. The gesture in question is a hand pose with the thumb and index finger in a pinching motion—what Korean men’s rights groups are claiming to be a disparaging reference to small male genitalia.

One advertisement in particular by GS25, South Korea’s largest convenience store chain, came under fire for reportedly demeaning men with its imagery. The advertisement was for sausages as a must-have food for camping, and shows a hand in the pinching motion next to an illustration of a sausage.

A few members from the South Korean men’s rights group Man on Solidarity protested outside GS25 headquarters, and as more attention was brought to the matter, the convenience store chain chose to withdraw its ad. The designer of the ad has since apologized for the poster and stated that she had no negative intentions.

While the gesture may seem harmless to individuals living outside South Korea, the gesture doesn’t have a good reputation in South Korea because it is often used to refer to something being small, and is also connected to a Megalia, a radical feminist community board no longer in operation. 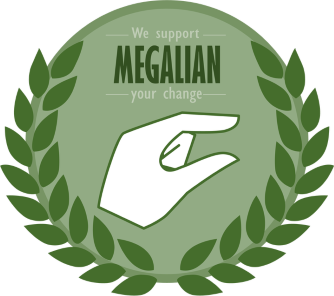 This community was highly controversial for its “tactics” to promote women’s rights, like mirroring the misogynistic language often used in male forums and “locker room talk” to make a point and bring awareness to the injustices women face as opposed to their counterparts.

The GS25 ad is just one example out of many where companies withdrew various advertisements or signs due to the controversial gesture, and goes to show the sensitivity of the gender rights debate in South Korea.

The gender rights debate is by no means a newly risen issue in South Korea, but has recently garnered a lot of attention because the focus has now shifted outwards from day-to-day individuals and towards companies like GS25 and celebrities like JaeJae. Kim Garo, the director of the Women’s Policy division under the Ministry of Gender Equality and Family, said that while it’s difficult to get the government involved in such matters when protests take on the form of consumer action, they will continue to provide outreach programs to invite the younger generation to have open discussions around gender equality and jobs. By doing so, they hope to bring light to issues like South Korea’s immense wage gap, and how there are so few women representatives in positions of power.

A few gender equality initiatives have been put in place since President Moon Jae-In took office in 2017, like women seeing better wage improvements and being eligible for larger government subsidies than men to start a new business. But because of this, many South Korean young men now feel as if they are at a disadvantage with their own rights not being acknowledged. In fact, 58.6% of young Korean men in their 20s were found to strongly oppose feminism according to research in 2019 by Jeong Han-wool, a senior fellow at Hankook Research Company.

Park Jun-young, a 27-year old engineering graduate school student, also spoke on the matter by explaining why young men feel at a disadvantage due to the increased focus on women’s rights.

Feminism in South Korea started with gender equality, allowing women the same access and to break the glass ceiling, but it’s turned into something where the nowadays young men – who aren’t better off than women the same age – have become a target of criticism.

Despite the growing gap and controversy in gender equality, celebrities like Red Velvet‘s Joy and actress Moon Gayoung have made it clear where they stand. From Joy wearing a shirt saying “We Should All Be Feminists” to Moon Gayoung speaking freely of her beliefs on social media, their show of support is signaling a unified front, and may lead to more progressive changes in the future.