South Korea In Shock Over Footage of 5-Story Building Collapsing Onto A City Bus, Killing 9 People

The nation has been in mourning all day as they grieve the 9 lives that were lost in a shocking accident. On June 9, a 5-story building in Gwangju suddenly collapsed onto one of South Korea’s busy freeways. According to numerous dash cam and street cam footage, the building collapsed with no warning, crushing a city bus underneath it.

Upon further investigation, it has been reported that the 5-story building was set to be demolished at a construction site when the accident occurred. In the process of demolishing the building, the scaffolding that had been supporting the right side suddenly gave way, collapsing the entire building onto the road. Within seconds, the building hit the city bus that had been stopped on the side to pick up and drop off passengers. 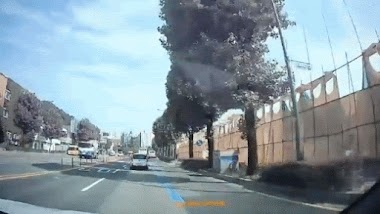 While firefighters and rescue teams rushed to the scene, 9 people who were on the bus were reported to have passed away from the injuries. 8 other passengers were reported to have sustained severe injuries from the impact. In numerous other reports, it was revealed that the fire department was still undergoing rescue procedures to release the other passengers who were still stuck inside the bus.

According to Chosun, fire officials have shared that it will take several days to remove the building debris.

After viewing the footage, Korean netizens shared their shock and disbelief at the tragic incident that had unfolded before their eyes.

The police will conduct an on-site investigation regarding the safety rules. They will determine if the rules were observed or if there were signs of negligence that could have prevented this tragic accident.