Soyou has opened up about promoting alone as a solo artist and her decision to remain at Starship Entertainment after the disbandment of SISTAR.

During the show, Soyou said, “Only Dasom and I were left [at the agency]. Now that I have to work by myself, it’s hard and tiring. Before, if I didn’t do something, another member would do it, but now I have to confirm [everything] on my own so it’s lonely.”

The singer added, “I have a newfound respect for solo artists.” After listening, Yoon Jong Shin consoled her by saying it’s nice when solo artists succeed, speaking from personal experience.

When asked about why she stayed at Starship Entertainment, Soyou responded, “It’s tiresome. I’m not the sensitive type, but when I go to another agency, I can’t say things like, ‘Please do this for me’ or ‘I don’t like this.’ I work well with my current agency. They get things that I don’t say out loud.” She then made the others laugh when she added, “But if another agency pitched me a really good offer, I probably would’ve left.” 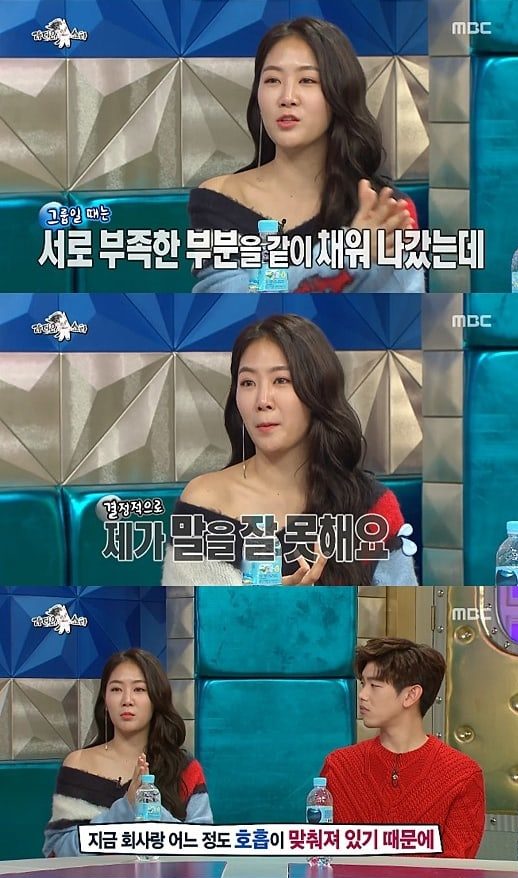 Soyou released her first solo album, “Part.1 RE:BORN,” on December 13. Watch the MV for her title track “The Night” here!