Spectrum members said that they will never forget their member, Kim Dong Yoon.

On November 2, Spectrum held a showcase for their second mini album, “Timeless Moment” and performed the album’s title track, “What Do I Do.” The title track for their album talks about becoming frustrated after failing to escape the world of unconsciousness and dreams.

Dongkyu said, “It’s our second album, so I thought that we should put in a lot of effort. Also, it was very meaningful because all the members participated in writing lyrics, composing, or album cover design. It’s exciting just like our debut promotion.”

Hwarang revealed, “Our debut song was more fierce and intense, but we changed our styles to portray more sophisticated and elegant images.” 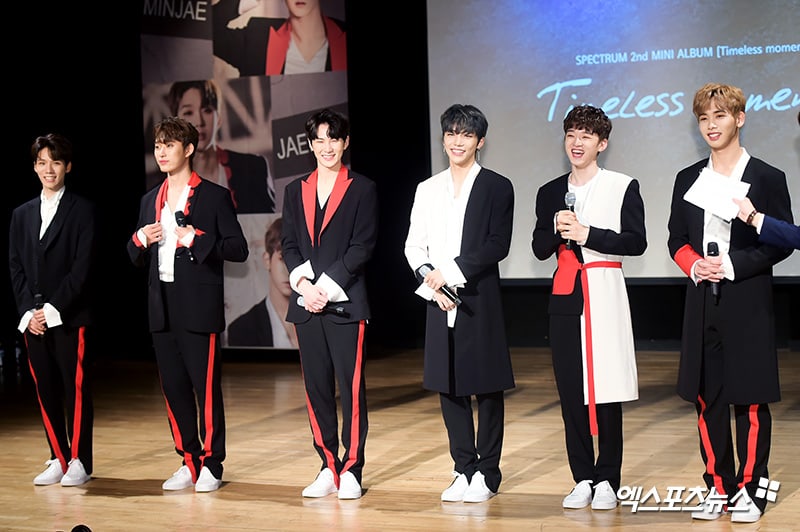 Spectrum will be returning as a six-member group from this album. The group debuted in May as a seven-member group. However, member Kim Dong Yoon passed away in July 27, which was two months after the group’s debut.

Jaehan teared up as he mentioned “Dear My,” one of the tracks in their album. “This song was originally made to thank all the love and support towards us from our fans. The seven of us all recorded the song. This song was recorded before Dong Yoon passed away. But it happened…. So we wanted to release this song with Dong Yoon’s voice to the world.”

There was no official statement regarding the cause of death for Kim Dong Yoon. The MC said, “Kim Dong Yoon’s family wants to avoid revealing the reason. So it is not possible for us to talk about this issue.” 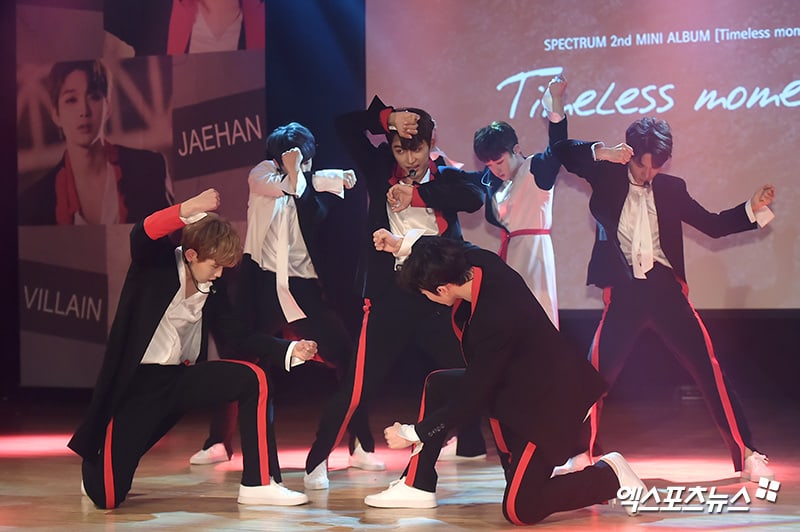 Spectrum members also revealed their thoughts on the November comeback rush. “Many senior artists are making their comeback on November. Our goal is to let our thoughts and ideas be known and also promote our group. We think that we are going to learn a lot while performing with senior artists. We will try be artists who always does their best.”

The album “Timeless Moment” will be released on November 4. Stay tuned for more updates from Spectrum.