Stars of “Descendants of the Sun” Thank Fans for Their Support

Following the epic finale of KBS’s “Descendants of the Sun,” the stars of the drama have taken to social media to express their thanks to the viewers.

First is actor Jin Goo, who plays the second lead Seo Dae Young. In the early hours of April 15 KST, Jin Goo writes on his Instagram, “Thanks to everyone who gave so much love these last two months, I was incredibly happy. I was able to gain everyone through #DescendantsOfTheSun. Even if I die, I won’t die.”

In the accompanying video, Jin Goo says, “All of the viewers who loved ‘Descendants of the Sun,’ all the actors and staff, and all of the journalists who wrote such great articles about us, I love each and every one of you. Thank you so much. Power of unity!” 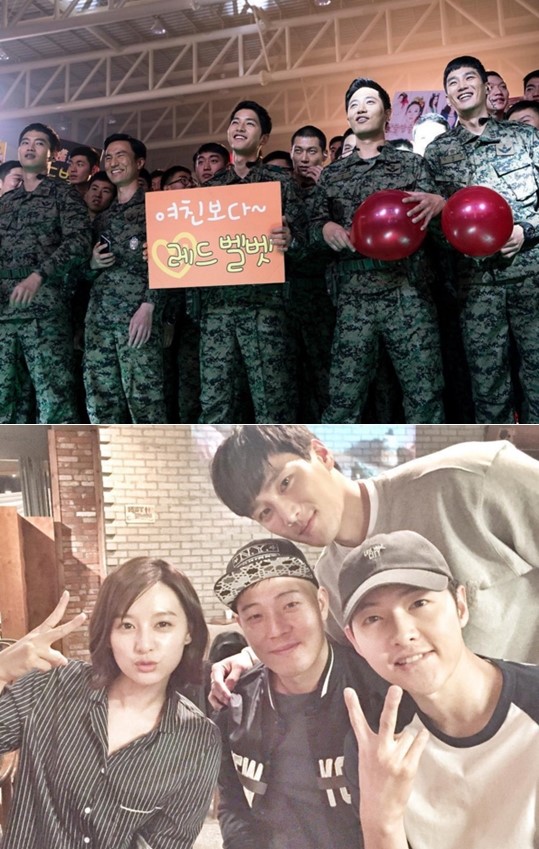 Ahn Bo Hyun, who plays Sergeant “Piccolo” Im Gwang Nam of the Alpha Team, also shares his gratitude on Instagram. On April 14, Ahn Bo Hyun writes, “Descendants of the Sun. I was happy. Thank you so much.” He also shares a still of the Red Velvet cameo performance as well as a selca with his fellow cast members.

Rekindle your love for “Descendants of the Sun” by starting from the beginning. Watch the first episode below!