October release Start Up is amping up anticipation with new concept posters and individual character profiles for the lead roles. tvN‘s latest weekend drama is about four youths that try to make it in the sandbox of South Korea’s Silicon Valley. Starring Nam Joo Hyuk and Suzy, the drama is about a girl that dreams of starting her own company and a guy that used to run a successful startup, trying to shine once again.

Suzy plays Seo Dal Mi – according to her character poster, her keywords include her dream of being a CEO, that she is extremely competitive, is great at living smartly and highly qualified and experienced in all aspects…except dating. She enters a start up in order to change her life. 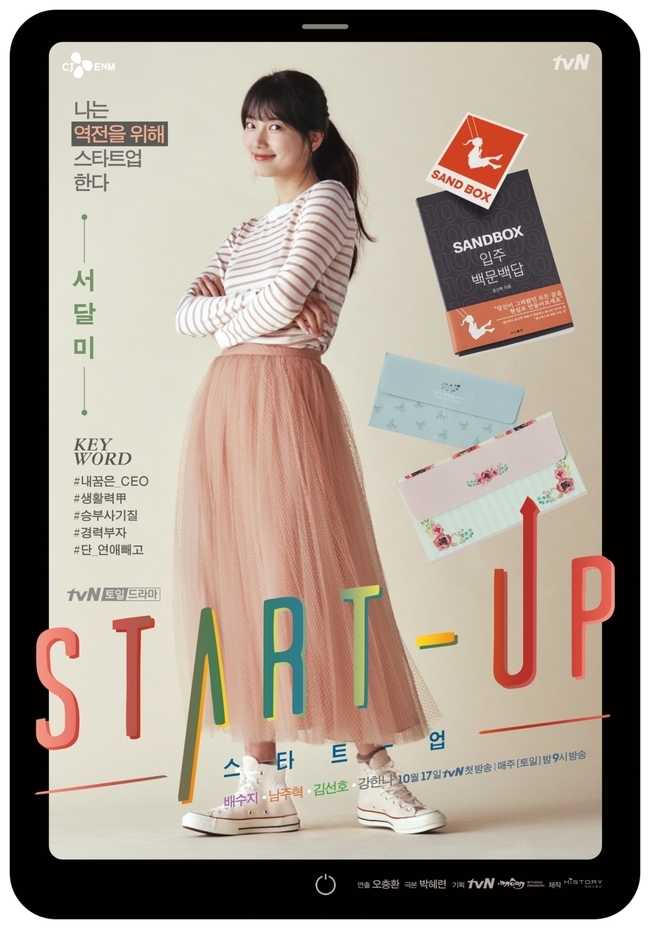 Nam Joo Hyuk plays Nam Do San, the founder of Samsan Tech. His keywords explain his character as once being a math genius, a left-brain type, an engineering nerd that somehow holds the hobby of knitting. He enters the start up in order to shine again. 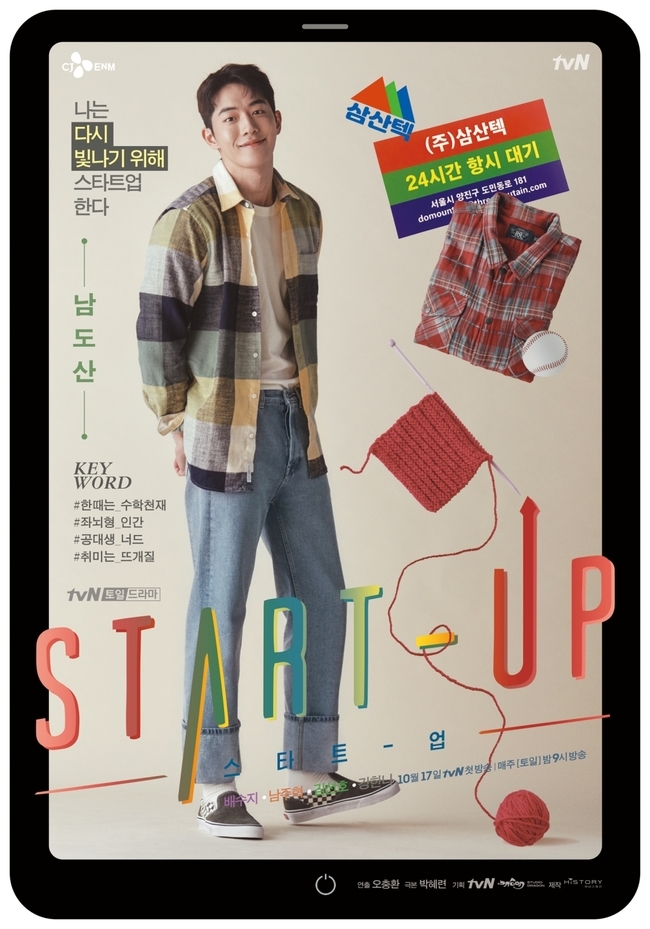 Han Ji Pyung is played by Kim Sun Ho. He is claimed to be young and rich, and is considered the Gordon Ramsey of the investing world. His character is written as innocent and naive, which can be considered his reverse charm. However, he enters the start up in order to pay back his debts, drawing attention to his mysterious back story. 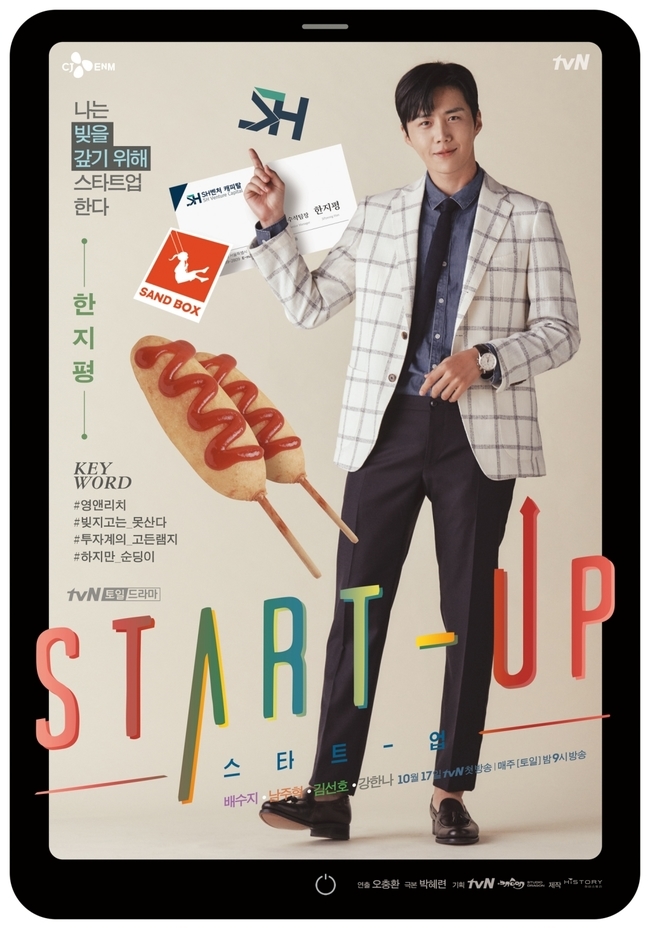 Lastly, Kang Han Na plays Won In Jae, an elite lady from a prestigious family. She is written as someone who has it all. However, her keywords include a curious sentence, “not Seo In Jae, but Won In Jae”, alluding to perhaps a change in identity in order to hide her background. Similarly, the golden spoon in her poster is broken. Golden spoon in Korea alludes to a rich family. She enters the start up in order to prove herself. 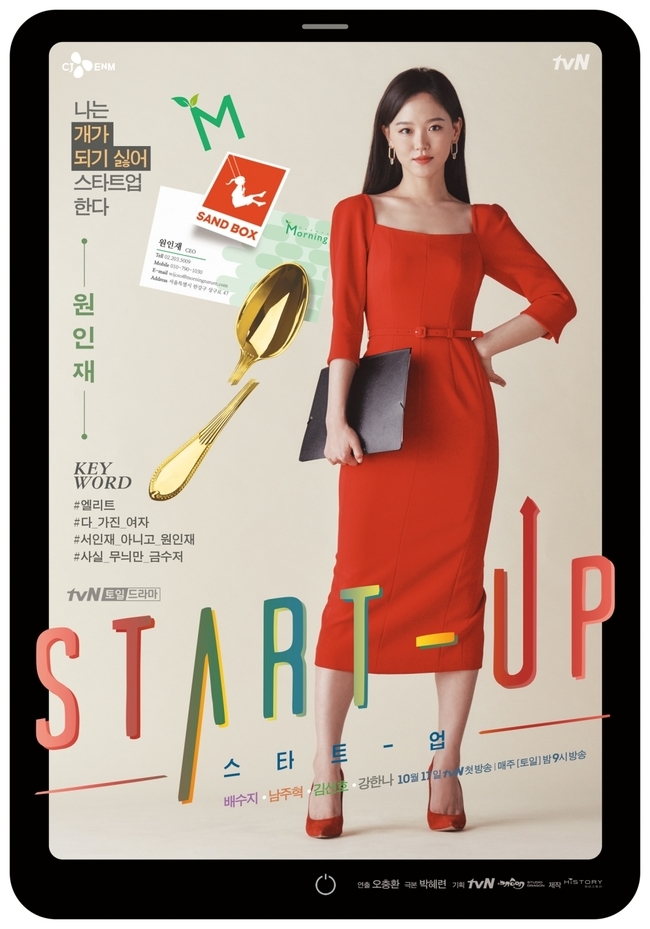 Start Up is set to air on the 17th of October at 9pm KST, on tvN and Netflix. Stay tuned!