BLACKPINK made a successful debut on August 8, 2016 with their title tracks “WHISTLE” and “BOOMBAYAH”. In the latter song, one of the most memorable parts was Rosé‘s choreography where she slides across the floor. 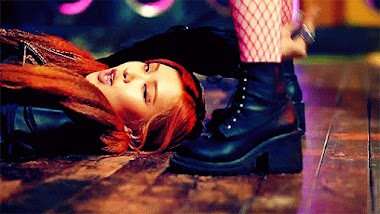 In a later interview with Star Road in 2018, the girls viewed their debut video together while making comments. They had a lot to share during Rosé’s part. It was apparently not as easy as it looks to execute her move since her leather clothes were difficult to work with.

The clothes were not sliding easily so I was pushing my body really hard.

Her costume made it seem like she was being forcefully held back.

It was really like a leg press because I was pushing myself so hard.

Jisoo pointed out that Rosé was practically off the floor when she was dancing. The main vocalist had to take precautions to ensure her safety.

I was wearing leather so it did not slide on the floor, so I had to put something like a curtain on my back. 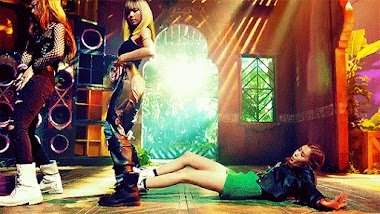 Though she “put some cloth on her back”, it was still not enough to stop her from getting injured.

It was so hard to shoot this scene. The skin on my neck was chafed.

In the end, Rosé agreed that it was worth it as the floor move was the highlight of the dance. Moreover, the “BOOMBAYAH” music video ended up becoming one of the most viewed K-Pop videos, having over one billion views.

In the off chance you haven’t seen it yet, check out BLACKPINK’s “BOOMBAYAH” below!