“My Strange Hero” will tell the story of a man named Kang Bok Soo (Yoo Seung Ho), who was expelled after being accused of violence and bullying and returns as an adult to enact revenge. However, revenge really isn’t on the table when he arrives as he gets swept up in an unexpected situation. Jo Bo Ah will take on the role of Son Soo Jung, who was Kang Bok Soo’s first love and is now a part-time teacher.

The drama has released new stills of Kang Bok Soo and Son Soo Jung as students that shows their relationship when they were younger. He goes to school at night to make sure she gets home safely after a late-night study session. While waiting for her to exit the school, he checks his appearance in the mirror of his motorcycle, smoothing his hair down to look more presentable. It will be interesting to see how their interactions change over the years from this sweet moment. 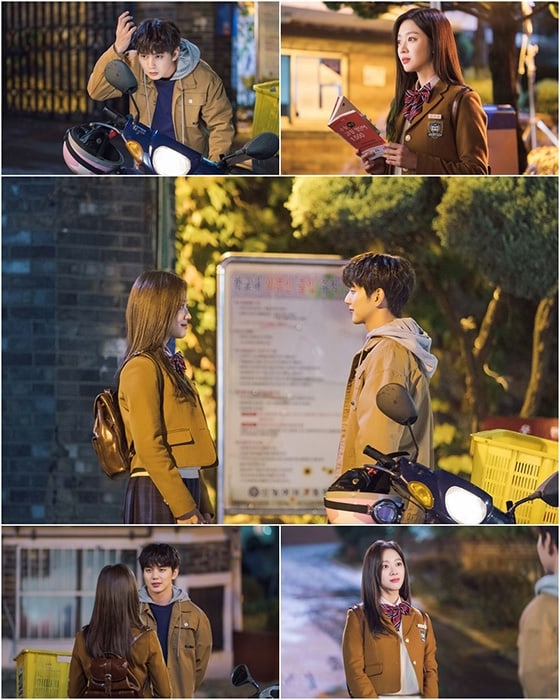 The production staff stated, “Yoo Seung Ho and Jo Bo Ah both light up the set with their bright smiles. Despite this being the first time they’re working together, they have amazing chemistry. We’re confident they will bring the warmth and excitement of a first love story to viewers this winter.”

“My Strange Hero” is set to make its premiere on December 10 and will be available on Viki! Check out the latest teaser for the drama below.