“My Strange Hero” is about a man named Kang Bok Soo (Yoo Seung Ho), who returns to his old school to enact revenge after he was expelled as a student due to a false and terrible accusation. However, he soon becomes entangled again with his first love from that time, Son Soo Jung (Jo Bo Ah).

In the poster, Kang Bok Soo and Son Soo Jung are in a hidden corner of their high school’s rooftop where the latter sits on top of a desk and the former leans over her flirtatiously. Kang Bok Soo looks as if he’ll press his lips onto Son Soo Jung’s as he places one of his hands on her shoulders, but a short distance remains between them. The poster is colored in a pastel tone that portrays the couple’s close relationship.

On the left side of the poster, the phrase “Our second first love story” is written, while on the right side of the poster, the words “On a good day in 2009…” can be read. With these two phrases that represent Kang Bok Soo and Son Soo Jung’s fond memories of spending their time at the high school where they first met, as well as their reunion nine years later, viewers are curious to know more about this couple. 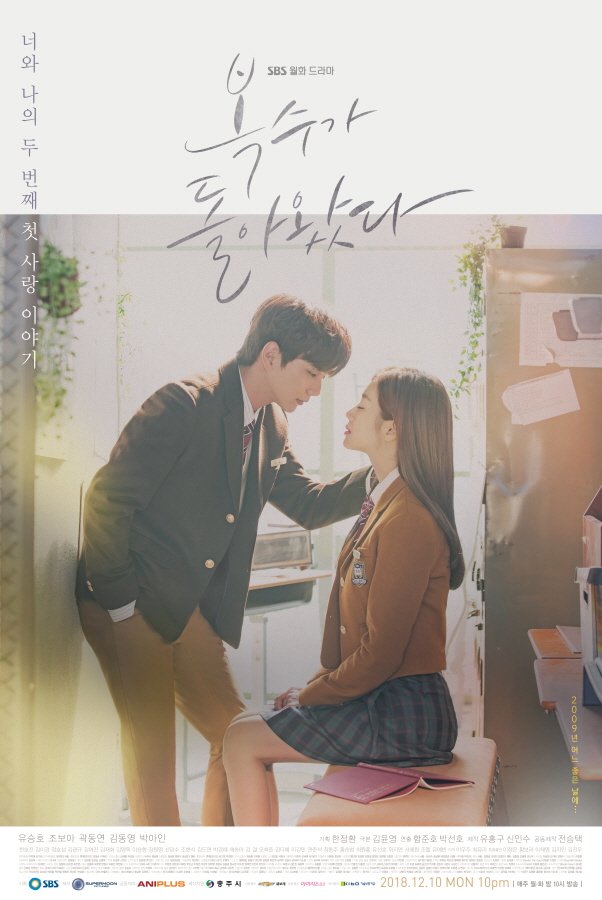 The main poster shoot for “My Strange Hero” took place in April at a high school in Yongdan, Seoul. The staff prepared music to play in the background in order for the atmosphere to remain romantic during the shoot. Yoo Seung Ho and Jo Bo Ah entered into rehearsals immediately, as they were already used to filming for the drama together, and the two portrayed a couple’s feelings of being in love for the first time perfectly.

The production staff stated, “With just two weeks left until its premiere, the poster that represents the drama’s atmosphere has finally been released. On top bringing back faint memories of one’s first love, ‘My Strange Hero’ will be a project that causes viewers to want to fall in love, and it will also have their hearts racing.”

“My Strange Hero” premieres on December 10 and will be available on Viki. Check out the latest trailer below!